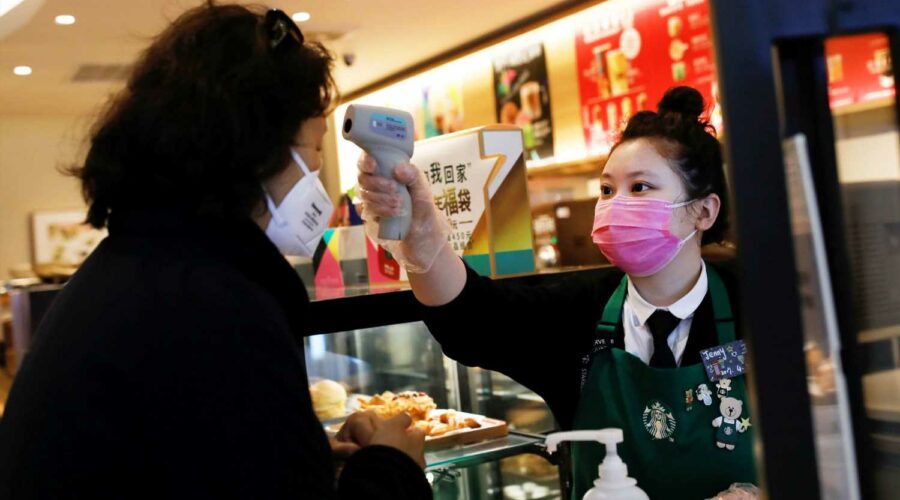 BEIJING — In the latest sign of a sluggish recovery from the coronavirus pandemic, China said Monday that consumer spending grew at a slower-than-expected pace in April.

Retail sales rose 17.7% last month from a year ago, the National Bureau of Statistics said Monday. That missed expectations of 24.9% growth in April, according to analysts polled by Reuters.

"China is still seeing an unbalanced recovery, as employment, household income, consumption, manufacturing investment, (the) service sector and private firms have yet to come back to (the) pre-Pandemic level," Bruce Pang, head of macro and strategy research at China Renaissance, said in a statement.

Catering sales, which includes restaurant dining, grew 46.4% year-on-year in April, down from 91.6% in March.

In a quarterly monetary policy report released last week, the People's Bank of China noted that the foundation for economic recovery is not yet solid and consumer spending remains constrained.

The urban unemployment rate fell to 5.1% in April, down from 5.3% in March, but the average number of hours worked a week declined to 46.4 hours last month, from 46.9 hours in March.

"Sectors related to travel, leisure and entertainment employ a lot of people," Zhiwei Zhang, chief economist at Pinpoint Asset Management, said in a note. "The Covid uncertainty still holds these sectors back.

"Economic growth likely peaked in Q1 on a quarter-on-quarter basis," he said, noting he expects growth to slow in coming months and that the probability of a central bank rate hike has declined.

In another sign of persistent weakness in consumption, Chinese tourist trips during the May 1 to 5 Labor Day holiday surged to a record, but spending still fell short of 2019's levels.

Other figures for April showed steady growth in non-consumer sectors.

Fixed asset investment for the first four months of the year rose 19.9%, slightly above the 19% figure predicted by a Reuters poll.