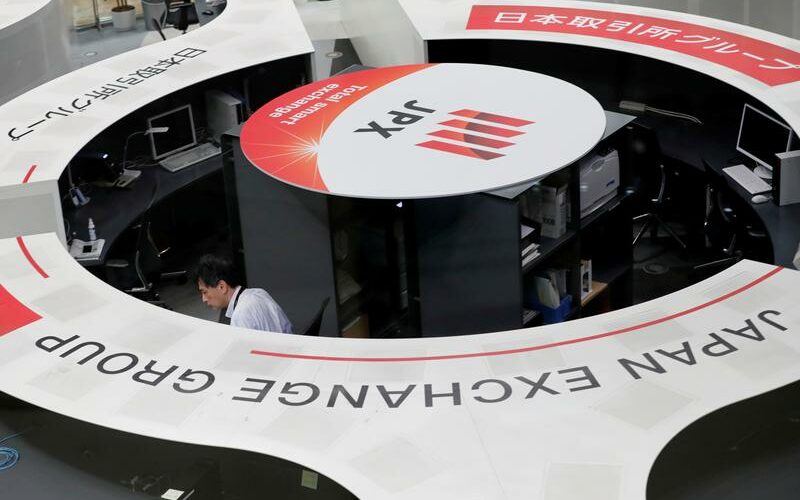 MSCI’s broadest index of Asia-Pacific shares outside Japan fell 0.97% to its lowest level since December, having slid 2.45% the previous day.

The Hong Kong benchmark fell 2.84% on Tuesday, its third day of declines, with the Hang Seng Tech index down 6.46% to its lowest since its inception in July 2020. It has fallen around 14% in three days and has lost 41% from a February peak.

Big decliners included Meituan and Alibaba, whose shares fell 12.7% and 5.5% respectively. Both were down for the third successive day with investors expecting the companies’ food delivery arms to be affected by new regulations guaranteeing workers above minimum pay.

In onshore markets, Chinese bluechips dropped sharply in afternoon trading, falling 2.93% after closing at their lowest since December on Monday thanks to regulatory crackdowns in the education and property sectors.

“The market seems to be uncertain whether there will be more policy changes for fintech, social media platforms, delivery platforms and ride hailing platforms,” said Iris Pang, chief economist for Greater China at ING.

“Each has their own issue and faces different regulatory actions, so the market is looking for ‘which technology subsector will be next?’”

Elsewhere in Asia, investors were more optimistic, with Japan’s Nikkei rising 0.49%, and Australian shares closing up 0.46%.

“It’s profits and the Fed. The next couple of days are going to be monumental as everyone tries to figure out how strong corporate fundamentals are at the moment and in what context that is happening in terms of the economic outlook and policy settings,” said Kyle Rodda, market analyst at IG Markets.

Alphabet Inc, Apple Inc and Microsoft Corp < MSFT.O> are set to publish quarterly results late on Tuesday, with Amazon.com Inc’s due later in the week.

In addition, the Fed will begins its two day meeting on Tuesday, with investors set to scrutinise a statement and press conference from Chair Jerome Powell due late Wednesday.

They will be looking to see how the central bank will balance fast-rising prices with the complication of increased coronavirus infections.

However, the looming Fed meeting kept a dampener on major moves in other asset classes.

The dollar hovered around its recent peak during Asian hours, the Aussie dollar weakened and sterling gained amid worries about a worsening COVID-19 situation in Sydney, compared with a decline in new daily cases in the UK.

Bitcoin dropped to around $37,000 from a Monday peak of $40,581 after Amazon.com offered a qualified denial of a weekend news report that said it was preparing to accept cryptocurrencies.