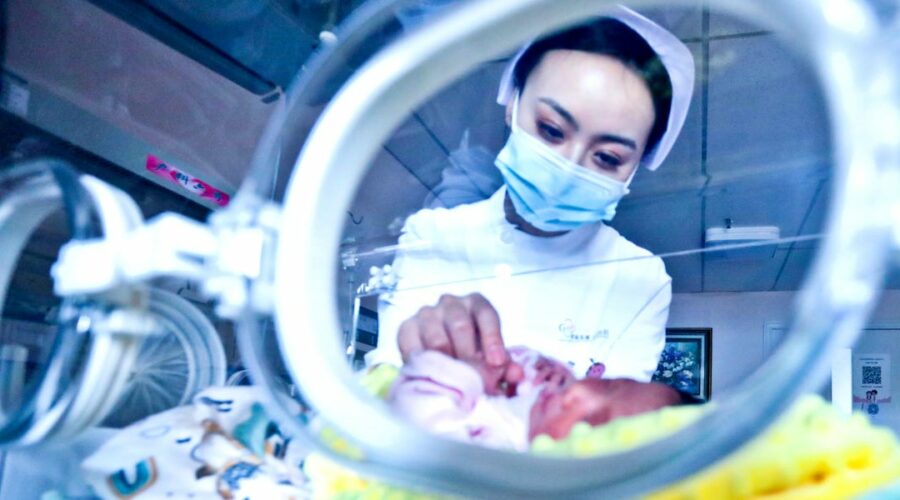 Hello! This story is from today’s edition of Morning Brew, an awesome daily email publication read by 2.5 million next-generation leaders like you. Sign up here to get it!

On Monday, China’s government said that couples will be able to have a third child, a decision meant to spark more babies in a country where population growth has hit a wall.

The backstory: Family planning restrictions have existed in China since 1980, when the government instituted a one-child-per-household policy out of fear it wouldn’t have the resources to provide for a swelling population. China relaxed that cap to two children in 2015 but, following the pandemic’s baby bust, it’s realizing it needs to confront this problem more urgently.

Why it matters: Declining population growth has profound implications for a country’s economic success. Fewer babies = fewer future workers. And it could upend existing systems of support for the elderly, because younger workers’ taxes subsidize public services for retirees.

This isn’t just a China problem

A “demographic time bomb” alarm is being sounded in dozens of countries.

Zoom out: While many parts of the world face stagnant population growth, others are making up for it. Africa’s population is set to double by 2050, helping the world grow from 7.8 billion people today to 11 billion by 2100.

Bottom line: As much as the Chinese government wants to grow the country’s share of the world population, it might be fighting a losing battle. The two-child policy didn’t lead to more babies, and critics say the three-child rule won’t move the needle, either.

This story is from today’s edition of Morning Brew, a daily email publication. Sign up here to get it!

Insider acquired a majority stake in Morning Brew in 2020.

01/06/2021 Business Comments Off on China is now letting couples have up to 3 children, a huge turnaround from its family-planning restrictions from the '80s
Markets