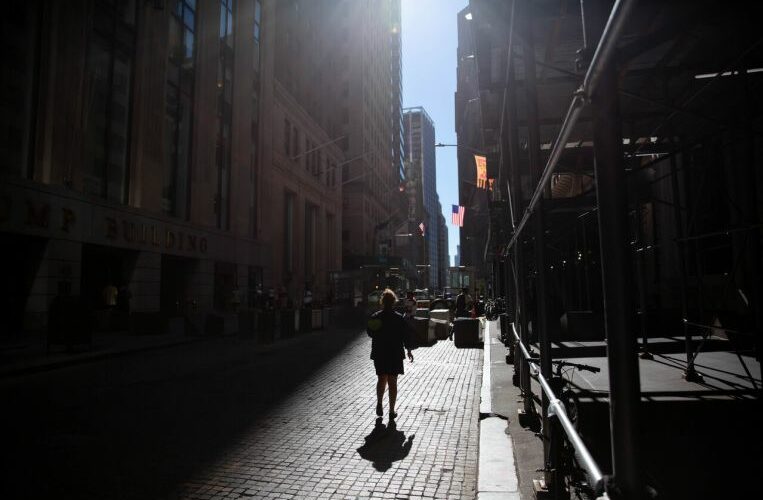 SINGAPORE – Is the equity market headed towards a correction? This is the question investors may be pondering as Wall Street continued to struggle through turbulence with its three main indexes pulling back by an average of 2 per cent over the past week.

So what ails the market?

One can point to a multitude of factors, such as fears of rising interest rates, inflation and the Delta Covid-19 variant, Fedspeak on tapering as well as rich valuations. Or simply the fact that September and October have traditionally been challenging months for equity markets.

On the other hand, the pandemic has been largely brought under control in many leading economies, thanks to vaccines. Meanwhile, governments are rolling out fiscal stimulus initiatives, while their central banks have generally been accommodative.

The United States markets were spooked last week largely by poor non-farm payroll (NFP) numbers and concerns about the spread of the Delta virus through several southern states.

But the NFP data was impacted by a cyclical tightening of the US labour market amid a quick economic reflation. The labour market’s supply-demand imbalance will adjust over time.

But in China, tech and gaming stocks took another hit as Beijing suspended the approval of new online games. Chinese stocks have lost some US$3 trillion (S$4 trillion) in a sharp sell-off since mid-February.

Still, Wall Street’s three main indexes are up some 15 per cent this year and have gained over 30 per cent over the past 52 months.

But the Singapore market has been largely range-bound for much of this year after a strong pickup from a year ago. Although valuations are attractive, there seems to be a dearth of liquidity.

Individual stocks like Frencken Group, AEM Holdings, Yangzijiang, iFast, Straits Trading, OUE, Olam, the banks and selected others have generally outperformed the overall market, suggesting that Singapore is more of a stockpicker’s market.

CapitaLand ceased to trade as of Sept 9 and will resume as the restructured CapitaLand Investment on Sept 20.

SPH, after receiving 97.5 per cent of shareholders’ votes to hive off its media business, is poised to move on as a pure-play property company.

SPH and its 60 per cent owned SPH Reit will be closely watched this week. Analysts reckon both counters are undervalued and the company could be the target of potential takeover bids in the coming months.

There is already a $3.4 billion offer on the table for SPH’s assets from Keppel Corp, which SPH shareholders will vote on in early November.

Another segment coming into play is offshore and marine (O&M), where green shoots of recovery are showing amid firming oil prices and increasing exploratory activities worldwide. Many of Singapore’s O&M players have also diversified into the offshore renewables market, especially wind energy projects.

Speaking of O&M, Sembmarine’s 3-for-2 rights offer will end this week, marking a new chapter for the long-suffering company. Armed with more capital, its next step could be a negotiated takeover of Keppel group’s O&M business, which could increase Sembmarine’s global heft.

Economic data will be in focus in the coming week.

US core consumer price index (CPI) inflation is expected to ease slightly from 4.3 per cent in July to 4.2 per cent last month.

US import and export prices, which have seen double-digit rises, are also due on Wednesday. Strong gains will mean that supply chain disruptions are continuing, which is not the best piece of news for the US economy or its inflation outlook.

In China, retail sales and industrial output figures will be in focus on Wednesday.

Bloomberg consensus estimates expect good numbers for both in August, with only a minor slowdown last month compared to July. However, if the data disappoints, this could weigh further on Chinese stocks.

In the US, retail sales for last month will be released on Thursday, while the University of Michigan’s consumer confidence index will be out on Friday. These data will be scrutinised for signs of economic slowdown given the surge in Delta infections.

12/09/2021 Business Comments Off on Challenging time for equity markets; all eyes on US, China economic data
Markets