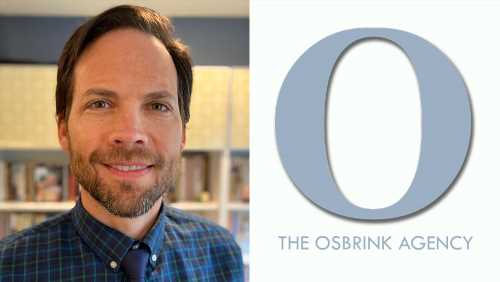 A 20-year casting veteran, Mathias’ most recently served as Director of Casting and Talent Relations for Disney TV Animation, where he oversaw the creative casting, production recording and talent relations for animated programming on Disney Channels and Disney+.

He also worked as a freelance Casting Director and Voice Coach where he realized a passion working with actors to help them find their voice. In his new role at Osbrink, Mathias will oversee animation casting at the agency, working alongside longtime VO agent, Maureen Rose, who heads the division.

Mathias has worked on 40 animated movies and over 30 animated television series while casting over 1000 episodes. Over his career Mathias has worked with a diverse array of talent behind the microphone, and has been especially successful at scouting and developing talent. He has been nominated five times for a Daytime Emmy Award, winning in 2018 for Outstanding Casting for an Animated Series or Special, for his work on Elena of Avalor.

Originally from Syracuse, NY, Mathias graduated from Ithaca College in New York with a Bachelor’s degree in Business Management

“The Osbrink Agency and their talent have such a good reputation in the industry and I’m looking forward to working with such a great team,” said Mathias.