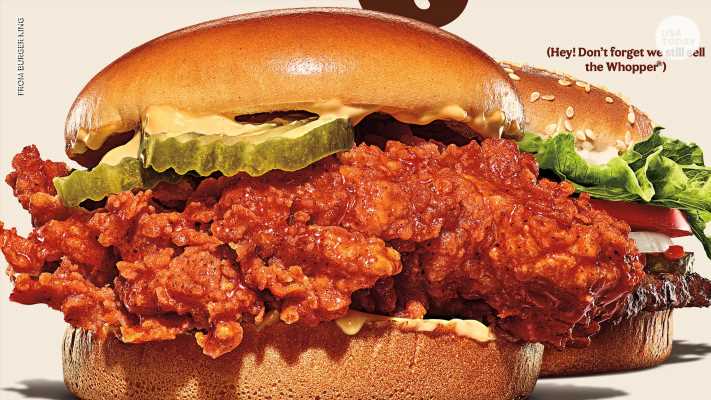 The chicken sandwich war took a political turn this weekend.

After renewed calls were made over social media to boycott Chick-fil-A, Burger King took it as an opportunity to show its solidarity with the LGBTQ community.

Chick-fil-A CEO Dan Cathy was identified last week by The Daily Beast as a donor to the National Christian Charitable Foundation, which has a history of funding opposition to The Equality Act.

Burger King, which recently launched the Ch’King sandwich, tweeted Thursday it will donate 40 cents for every chicken sandwich sold in June (Pride month) up to $250,000, or 625,000 sandwiches, to The Human Rights Campaign.

The tweet seemed to be aimed at Chick-fil-A by saying it would continue its donations “even on Sundays,” when the restaurant is closed.

Chick-fil-A has faced backlash for its donations – and those made by executives – for years. Before 2012, the company consistently donated to anti-LGBTQ groups and CEO Dan Cathy said supporting same-sex marriage would invite God’s judgment on the country.

A USA TODAY fact check from June 2020 determined that Chick-fil-A did not recently donate $1.8 million to anti-LGBTQ groups. The donations in question were made in 2018 and are verified by the company’s tax documents.

Fact check: Chick-fil-A is not releasing a steak filet sandwich

during #pride month (even on Sundays 👀) your chicken sandwich craving can do good! we are making a donation* to @HRC for every Ch’King sold 🏳️‍🌈

Burger King and Chick-fil-A did not immediately respond to USA TODAY’s request for comment.