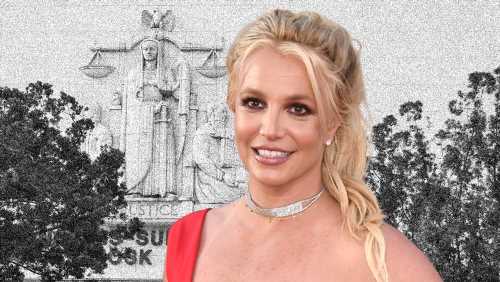 Less than a week after a California judge removed Britney Spears’ father from his powerful role in the conservatorship that has ruled the singer’s life since 2008, the one-time Princess of Pop has directly addressed recent events and her fans for the first time.

On a day when Facebook and Instagram were down for hours, a vacationing Spears took to Twitter to say thank you to her #FreeBritney supporters for “your constant resilience in freeing me from my conservatorship.”

After a tumultuous summer of Los Angeles Superior Court appearances, resignations, new lawyers, a Spears family civil war, and some very disturbing surveillance revelations courtesy of New York Times reporting, Judge Brenda Penny on September 29 temporarily suspended Jamie Spears from his co-conservatorship role. Up until last week, the elder Spears has essentially been in charge of his 39-year old daughter’s $60 million fortune and career for 13-years – the last two of which haven’t seen Britney perform or put out any music.

With a recommended CPA now in charge of the business portion of the recently engaged Britney Spears’ life, the next schedule court hearing of November 12 will likely see the termination of the actually conservatorship kick into play.

A long-ish game the elder Spears is none too pleased with, as he made clear on September 30.

“Respectfully, the court was wrong to suspend Mr. Spears, put a stranger in his place to manage Britney’s estate, and extend the very conservatorship that Britney begged the court to terminate earlier this summer,” a long statement issued via Jamie Spears’ lead lawyer Vivian Thoreen said. Unlike an immediate termination, the suspension means the elder Spears has to hand over all the files and accounting on the conservatorship — material that Briteny’s lawyer Matthew Rosengart has said opening in court and in court filings he expects to be damning for the patriarch.

At the September 29 hearing, Thoreen exclaimed that she would fight the suspension, only to be informed by Judge Penny it was not appealable. The Holland & Knight LLP attorney also cited the requirements of the statute surrounding conservatorships to demand that Britney Spears sit down for an interview on the matter within 48 hours. Judge Penny had to tell Thoreen that the measure is only applicable if a new conservator is being appointed, not a temporary one, as is the case here.

What actually get turned over to the new John Zabel-led conservatorship team, which includes the business manager the elder Spears himself picked out, in a timely fashion remains to be seen — like so much in this sordid case.