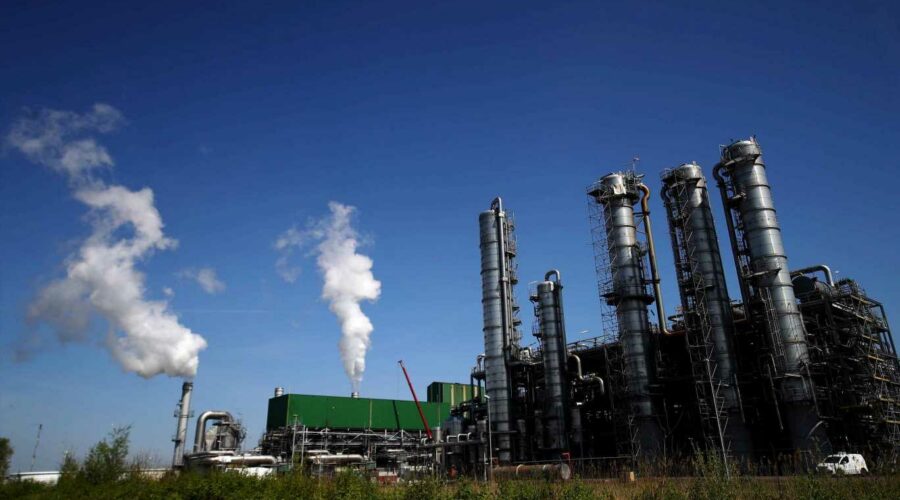 LONDON — Oil and gas giant BP on Thursday published its benchmark Statistical Review of World Energy, describing 2020 "as a year like no other" due to the impact of the coronavirus pandemic on global energy.

Over the past seven decades, BP said it had borne witness to some of the most dramatic episodes in the history of the global energy system, including the Suez Canal crisis in 1956, the oil embargo of 1973, the Iranian Revolution in 1979 and the Fukushima disaster in 2011.

"All moments of great turmoil in global energy," Spencer Dale, chief economist at BP, said in the report. "But all pale in comparison to the events of last year."

To date, more than 185 million Covid-19 cases have been reported worldwide, with over 4 million deaths, according to data compiled by Johns Hopkins University. The actual tally of Covid-19 infections and fatalities is believed to be far higher — and continues to rise.

The pandemic also led to massive economic loss, with global GDP estimated to have slipped by around 3.3% last year. That represents the largest peacetime recession since the Great Depression.

For global energy, the Covid pandemic has had a dramatic impact. Here are some of the highlights from the report:

BP said the coronavirus crisis last year resulted in primary energy and carbon emissions falling at their fastest rates since World War II. The relentless expansion of renewable energy, however, was found to be "relatively unscathed," with solar power recording its fastest ever increase.

To be sure, the oil and gas company said world energy demand was estimated to have contracted by 4.5% and global carbon emissions from energy use by 6.3%.

"These falls are huge by historical standards — the largest falls in both energy demand and carbon emissions since World War II. Indeed, the fall of over 2 Gt of CO2 means that carbon emissions last year were back to levels last seen in 2011," Dale said.

"It's also striking that the carbon intensity of the energy mix — the average carbon emitted per unit of energy used — fell by 1.8%, also one of the largest ever falls in post-war history," he added.

For some, the decline of global carbon emissions briefly raised hopes of so-called "peak carbon," although desires of limiting global warming — and meeting a crucial target of the landmark Paris accord — are rapidly deteriorating.

It comes even as politicians and business leaders publicly acknowledge the necessity of transitioning to a low-carbon society, with policymakers under intensifying pressure to deliver on promises made as part of the Paris Agreement ahead of this year's COP26.

"There are worrying signs that last year's COVID-induced dip in carbon emissions will be short lived as the world economy recovers and lockdowns are lifted," Bernard Looney, CEO of BP, said in the report.

"The challenge is to achieve sustained, comparable year-on-year reductions in emissions without massive disruption to our livelihoods and our everyday lives," he added.

The Covid crisis triggered a historic oil demand shock in 2020, with Big Oil enduring a brutal 12 months by virtually every measure. The pandemic coincided with falling commodity prices, evaporating profits, unprecedented write-downs and tens of thousands of job cuts.

The torrent of bad news prompted the head of the International Energy Agency to suggest 2020 may come to represent the worst year in the history of oil markets.

BP said oil consumption fell by a record 9.1 million barrels per day, or 9.3%, last year, slipping to its lowest level since 2011.

The price of international benchmark Brent crude averaged $41.84 in 2020, the energy giant said, its lowest level since 2004. The oil contract was last seen trading at $73.70.

"Arguably, the single most important element of the energy system needed to address both aspects of the Paris Agreement — respond to the threat of climate change and support sustainable growth — is the need for rapid growth in renewable energy," BP's Dale said in the report.

Renewable energy, including biofuels and excluding hydro, rose by 9.7% in 2020, BP said. This was slower than the 10-year average of 13.4% year-on-year but the increment in energy terms was found to be similar to increases recorded in the years prior to the pandemic.

Solar electricity rose by record levels, however it was wind that was found to provide the largest contribution to renewables growth.

In terms of capacity, solar expanded by 127 gigawatts in 2020, while wind grew by 111 gigawatts — almost double its previous highest annual increase, BP said. "The main driver was China, which accounted for roughly half of the global increase in wind and solar capacity," Dale said.

Reflecting on BP's latest annual Statistical Review of World Energy, Dale said: "The importance of the past 70 years pales into insignificance as we consider the challenges facing the energy system over the next 10, 20, 30 years as the world strives to get to net zero."

08/07/2021 Business Comments Off on BP says all other global energy crises pale in comparison to the year of Covid. These stats show why
Markets