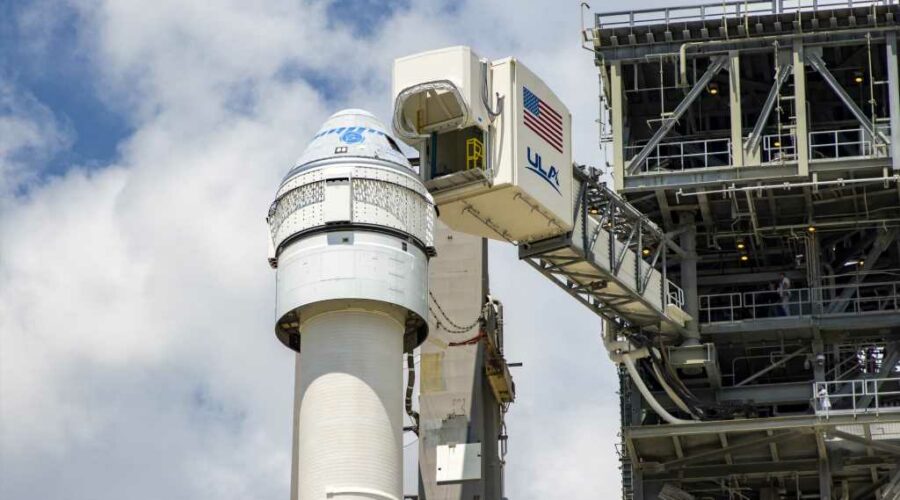 Boeing's second uncrewed flight test of its Starliner spacecraft is delayed for at least two months due to issues with the capsule's propulsion valves, the company said on Friday.

The latest mission – called Orbital Flight Test 2, or OFT-2 – was previously targeting December 2020, but Boeing delayed the launch multiple times, with Aug. 3 the most recent target. During preparations on launch day, Boeing discovered that 13 propulsion system valves were not opening on the spacecraft, causing the company to delay the launch.

While the company's engineers restored functionality in nine of the 13 valves over the past week and a half, Boeing vice president John Vollmer said the team "exhausted every possible option" to repair Starliner while the capsule was on top of the rocket – necessitating a return to the company's processing facility for further investigation.

Vollmer said Boeing is working with Aerojet Rocketdyne, which manufactured the valves, to identify the exact cause of the problems and analyze possible preventative measures or redesigns.

The additional work means Boeing will not have an opportunity to launch OFT-2 this month, NASA Commercial Crew program manager Steve Stich told reporters, and is delayed "definitely on the other side" of an agency mission planned for mid-October.

The announcement of the OFT-2 delay comes about 19 months after Boeing's first flight test went awry.

OFT-2 represents a redo of Boeing's first uncrewed flight test in December 2019. That first Starliner mission was cut short when, after a successful launch, the spacecraft's flight control system misfired and the capsule did not make it to the International Space Station as planned. While Boeing was able to conduct tests of many parts of Starliner during the shortened flight, NASA declared the flight test a "close call," saying that the spacecraft could have been lost twice during the mission.

The company has made dozens of changes after an investigation alongside NASA. Additionally, Boeing is covering the cost of OFT-2, having set aside $410 million shortly after the first flight test. Vollmer on Friday said he was not sure how much the delay and additional work will cost Boeing.

Boeing developed Starliner under NASA's Commercial Crew program, which the space agency began in 2010 as the Space Shuttle was retired. The goal of the program was to get private-sector companies to produce the most cost-effective, innovative and safe way to get astronauts to and from the International Space Station.

The program was structured as a multi-tiered competition, with companies bidding for NASA contracts to build the space transportation systems under specific parameters set forth by the agency. NASA eventually awarded the contracts to SpaceX and Boeing, with the latter aerospace contractor winning nearly $5 billion to develop Starliner.

Starliner is built to carry as many as five people to the ISS, and launches on an Atlas V rocket — built and operated by United Launch Alliance, the joint venture of Boeing and Lockheed Martin.

For nearly a decade, SpaceX and Boeing have been neck and neck, building and testing their crew transportation systems. But SpaceX's successful launch of astronauts in May 2020 marked a major milestone for the company, leaving Boeing to play catch up. SpaceX's launch was the first time that NASA astronauts took off from U.S. soil since 2011 and the first time a commercially built spacecraft carried NASA astronauts.

Since then, SpaceX has flown two astronaut missions for NASA with its Crew Dragon capsules and has carried 10 people to space safely in total. Elon Musk's company has two more crewed launches planned for this fall, with the private Inspiration4 mission and then Crew-3 mission for NASA.