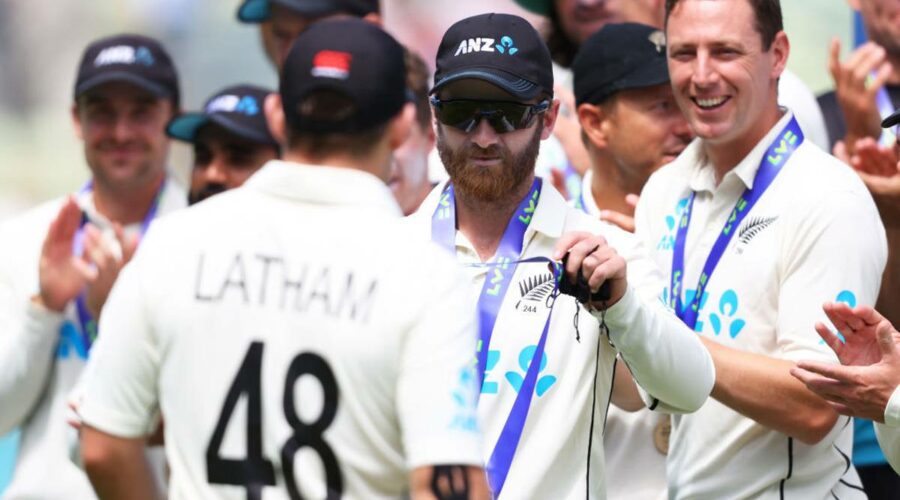 NZ Cricket’s move from pay-TV only to splitting rights between Sky and Spark Sport and its free-to-air partner TVNZ has expanded the sport’s audience – and with it, grassroots participation.

And it’s also meant Spark’s Qrious unit has been able to inject some big data smarts, which are also credited with the recently improved Black Caps performance, and increasing viewer numbers.

“By combining free-to-air and streaming, we’re now reaching more Kiwis than ever before and we have more new fans than we’ve ever had previously,” the NZC boss says.

All matches covered by the six-year Spark Sport/TVNZ-NZ Cricket are live and on-demand on the telco’s streaming platform, with the first match in each series, also screening free-to-air on the state broadcaster. TVNZ can also screen two regular-season Super-Smash games per week.

Spark Sport has had some 240,000 viewers for Black Caps and White Ferns games over its first season, Spark says (the telco has not broken out paid subscriber numbers), while the matches that screen on TVNZ have garnered a collective audience of 1.9 million.

“You really start to see the power of free to air TV, when it comes back into one of New Zealand’s tier one sports,” says Latch. “They delivered some incredibly big numbers which we haven’t seen in any key sport in New Zealand for years and years.”

NZ Cricket told Spark it wanted to retain its existing fans and maintain engagement with them while also attracting new audiences, White says.

Spark Sport head Jeff Latch says his company has been able to deliver on that front by providing access to the Chromecast generation (Chromecast being Google’s widget for “casting” streamed video from your phone, iPad or laptop to a big screen TV that doesn’t have direct support for apps).

“We’ve unlocked a new younger audience with streaming given that close to half [47 per cent] of our customer base is aged under 34 years old, but we’re still catering to the traditional fan through our partnership with TVNZ,’ Latch says.

It helped that cricket wasn’t the first A-list sport to stream on Spark Sport. Many not-so-digital sports fans managed to – eventually – get to grips with Chromecast, Smart TVs and other broadband viewing kit during the last Rugby World Cup.

Still, it wasn’t all smooth sailing. There was a degree of flak as it dawned on cricket fans that they would have to subscribe to both Spark Sport and Sky to catch all Black Caps’ games – and it wasn’t helped when the price of Spark Sport was bumped from $19.99 to $24.99 on the eve of the 2020/21 season (although those who shell out for one of Spark’s phone or broadband services got to keep the old price).

Spark drafted in UK outfit Whisper to produce games, breaking Sky’s longtime near-monopoly on outside-broadcast capability (Sky has since sold its OB unit, given it no longer provided a moat; it now contracts back from the buyer, NEP).

Of course, Sky TV has now got its streaming game together, and its share of the cricket calendar can be watched on Sky Sport Now or Sky Go (the pay TV said it had 352,000 subscribers across its three standalone streaming services, Sky Sport Now, RugbyPass and Neon as of December 31, 2020 – versus 196,000 at the end of 2019). And it now lets the digital natives in its camp access ESPN’s suite of apps, too.

But Spark says it’s found a point of difference by being able to directly contribute to NZ Cricket’s on and off-field efforts via its “big data” unit Qrious.

Qrious migrated NZ Cricket on-premise data to the cloud, on a single platform. Spark says it now offers a richer picture of external factors that might affect performance, such as ball-tracking, weather, injury, and training workloads.

The Qrious system can even provide stats to help the Black Caps decide when it’s the right moment to declare.

“We bring it all together around team and player performance and look for cause-and-effect relationships,” says NZ Cricket performance analysis manager Paul Warren says.

“Sport, particularly cricket, is dynamic. Now, we can quickly collate and review the information and decide whether we need to change anything, either during a series or following a review of the game. This influences what else we may need to bring to training.”

Warren says the new, easy access to performance and athlete data led to more engagement between coaches and players – or at least more that’s based on black-and-white figures.

“It allows conversations and decision-making processes to start from an objective point,” he says.

“Some conversations have led to outcomes on the pitch as a result of this data.”

All of this can be benchmarked against population and demographics, providing a view of participation and engagement nationwide – the better to keep tabs on fan engagement.

“We are increasingly competing with numerous forms of entertainment and new sports offerings for a share of wallet,” says NZ Cricket head marketing and communications head Stacey Geraghty.

“We want to empower fans to experience the sport on their own terms.”

Translation: you can now sneak a peek at a Black Caps game on your phone at work, or lie under the covers with your iPad to watch an offshore test in the wee hours.

That sort of technology convenience – helped by a winning streak – has helped more of us to watch cricket again.

How NZ Cricket rights are divvied up