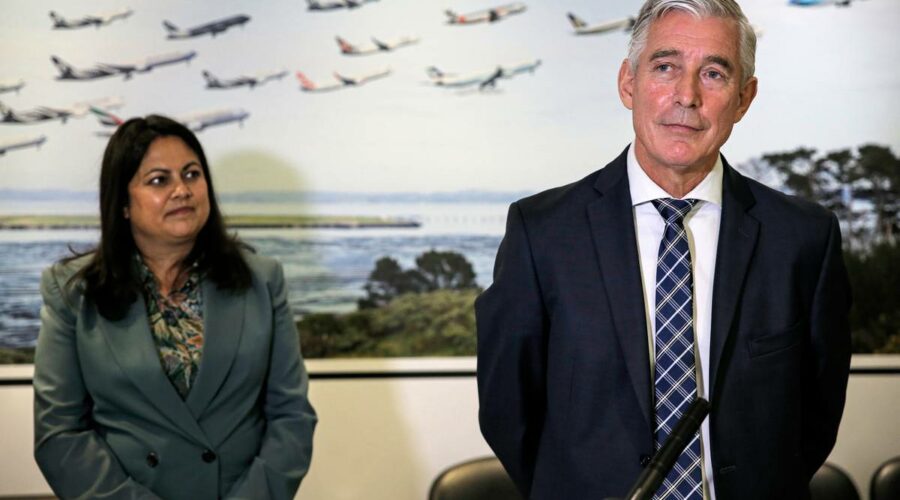 It appears the Government is still seizing some Covid-19 home tests at the border and preventing their use in New Zealand, despite accepting the results of those same tests for pre-departure testing abroad for passengers travelling to New Zealand.

Businessman Sir Ian Taylor said his company, Animation Research of Dunedin, was expecting a shipment of Lucira home tests from the United States, but was informed by the courier FedEx in early April that the shipment was apprehended by New Zealand Customs.

Roughly a month later, he said he still has no idea what has become of the tests: “this is a test that’s the equivalent of a PCR test. You administer it yourself. Like many businesses we’d love to use it because it’s more reliable than RATs [rapid antigen tests], and we have teams of people who need to work physically together, so it’s vital that we’re able to effectively test them for the virus. It’s just staggering and bizarre that the Government is standing in the way of that.”

A spokesperson for the Ministry for Primary Industries said it’s found Lucira tests comply with biosecurity rules, and that it directed the Taylor shipment to Customs on April 13.

Customs did not respond to the Herald’s questions before a Tuesday deadline.

The import into New Zealand of Covid-19 rapid test kits is limited to 14 products approved by the Ministry of Health, and Lucira is not included.

Conversely, the MoH confirmed that, for pre-departure testing, travellers entering New Zealand can use any type of Covid-19 test that is approved for use by authorities in the country in which the journey began.

Lucira tests are commonly used by New Zealand-bound travellers originating in both Canada and the US.

Terry Taylor, president of the New Zealand Institute of Medical Laboratory Science (no relation to Sir Ian ), said it was “astonishing” that the Government has yet to test Lucira’s kits for use in New Zealand.

“I sent a letter to Ashley Bloomfield [Director-General of Health] in January to say this test would be perfect for use in settings like MIQ, and Bloomfield replied that ‘it was looking really good and he was looking into it’. Well it was already very late in the game in January, we should have been on to it sooner than that, and here we are in May and they’re just announcing a trial now…it really is astonishingly slow.”

Taylor said a laboratory could test the efficacy of Lucira’s kits in a week, and described as “bizarre” the Government’s recent announcement that it has teamed up with Air New Zealand to conduct a three-month long trial of the Lucira tests.

It’s expected that Lucira’s tests would sell in New Zealand for less than $100 each, considerably less than the $200-$250 retail price of a PCR test.

On May 1, Dr Aysha Verrall, Associate Minister of Health, announced the joint Government-Air New Zealand trial use of Lucira’s tests.

In a strange twist given their current use by in-bound travellers, Verrall touted the potential of Lucira tests for travellers, should the kits achieve approval.

Verrall also claimed the Government has been vigilant in considering new technology and advancements: “we are constantly monitoring the latest scientific advancements to maintain our successful Covid-19 response.” She said the ‘Lucira Check-it’ test may ultimately be used by travellers, border workers, healthcare workers and critical employees prior to travel or commencing work, and in “high-risk” settings such as old-age homes and hospitals.

Verrall did not respond to the Herald’s questions before a Tuesday deadline but constant monitoring is not in evidence in the Lucira case.

US-based Lucira, whose CEO Erik Engleson has ties to New Zealand, first approached New Zealand’s Ministry of Health about its Covid tests in July 2020. He received a form letter in reply that declined further discussion.

Engleson also confirmed to the Herald on February 2, 2022 that Lucira had applied for approval for use of its tests in New Zealand.

New Zealand, however, has been very slow to even consider new testing methods like Lamp (a molecular process used by Lucira), and so far no Lamp tests have been approved for use.

Lucira uses a process called Lamp or RT-Lamp (reverse transcription loop-mediated isothermal amplification). It is self-contained, returns a result in 10 to 30 minutes, and the reliability of the process is broadly considered similar to PCR testing (PCR and RT-Lamp processes are both molecular, in contrast with less reliable antigen tests).

Lucira’s Covid tests have approved in the US since late 2020. They are also in use in countries including Taiwan, Israel, Singapore and Canada.

Indeed, in Canada Lucira’s tests were taken up by airline Air Canada in October, 2021 as a convenient way for travellers to self-administer Covid-19 tests, and to avoid tracking down testing facilities in foreign countries (Canadian travellers were able to obtain the kits at home and take them abroad for use before returning home).

Canada has now scrapped the requirement of pre-departure testing for inbound travellers altogether (as have the likes of Australia and the UK).