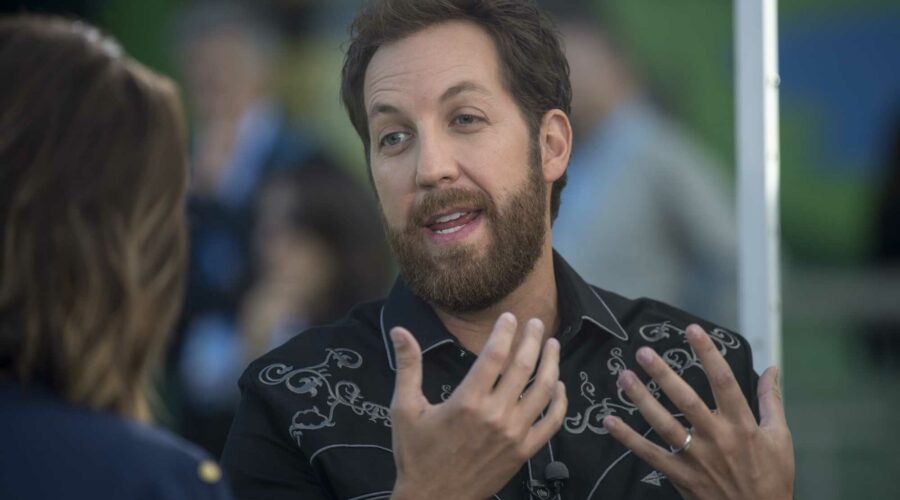 Billionaire venture capitalist Chris Sacca has a message for anyone who will listen: "The climate is f—ed. Even worse than it seems," he said in a 12-page letter to potential investors, obtained by Axios on Monday.

Sacca's climate-focused firm Lowercarbon Capital announced a new capital raise of $800 million on Thursday, which Sacca said will be used to "keep unf—ing the planet." This is the first time the firm has accepted outside money, according to Crunchbase, and it comes on the heels of the earth's hottest month on record: July 2021, according to new global research released on August 13 by the National Oceanic and Atmospheric Administration.

Lowercarbon's newly raised money will reportedly be split into four funds — two for early-stage start-ups and two for later-stage start-ups — for companies tackling climate change-related issues. "It turns out that raising for a climate fund in the context of an unprecedented heatwave and from behind the thick clouds of fire smoke probably didn't hurt," Sacca wrote in his announcement on Lowercarbon's blog.

A CNBC Make It poll in May showed that while Millennials and Gen Z are credited for spurring the growth of sustainable investing throughout the 2010s, all generations are starting to express interest. Investors contributed $51.1 billion to sustainable funds in 2020, compared to less than $5 billion five years ago, according to industry reports.

Yet some notable figures remain hesitant to embrace sustainable investing. Warren Buffett, for example, has long resisted calls to provide data on how sustainably his Omaha, Nebraska-based firm Berkshire Hathaway has operated.

For Sacca, the argument is simple: Addressing climate change should be good for a company's bottom line. "That's part of our underlying thesis," he wrote in his announcement. "Massive change will happen because these types of investments will pay off for sheer business reasons alone."

Sacca launched Lowercarbon in the summer of 2020 after a brief time away from investing, initially funding its portfolio start-ups from the pockets of himself and his wife, Crystal. The firm currently funds 44 companies, primarily targeting "technologies that reduce sources of carbon dioxide, methane and other greenhouse gases" to actively cool the planet, according to its website.

Regardless of how people recognize their role in climate change, Sacca wrote, there remains a massively unmet demand for personal investment. A recent CNBC Make It report found that 76% of older millennials are worried about climate change, and are significantly altering how they spend their money accordingly. Without more such actions, Sacca fears the earth will soon have a permanent "Incendiary Doom Glow [Instagram] filter."

"Humanity's only shot is if we get as many people and as many resources focus on solutions," he wrote. "So giddyup!"

Millennials spurred growth in sustainable investing for years. Now, all generations are interested in ESG options

18/08/2021 Business Comments Off on Billionaire investor Chris Sacca wants to heal the planet: 'The climate is f—ed'
Markets