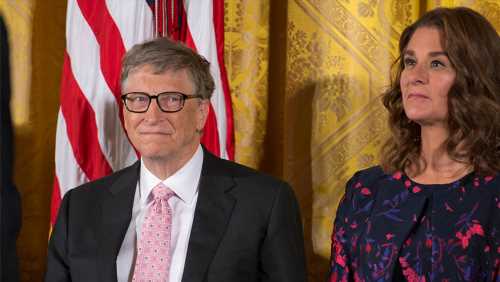 Bill and Melinda Gates, who built a large and multi-faceted philanthropic organization that became the focus for Bill Gates after he left Microsoft, are divorcing.

“We have raised three incredible children and built a foundation that works all over the world to enable all people to lead healthy, productive lives,” they said in a statement. “We continue to share a belief in that mission and will continue our work together at the foundation, but we no longer believe we can growth together as a couple in this next phase of our lives.”

Bill Gates had established himself as one of the most wealthy and successful tech executives in the world by the time the Bill and Melinda Gates Foundation launched in 2000. It set out to tackle extreme poverty and health issues around the world, making strides in curbing malaria and other diseases and delivering resources. Warren Buffett, long a mentor of Gates in the business world, also was heavily involved in the foundation as a trustee.

There was no immediate indication about how the couple’s divorce would affect the foundation, which is based in Seattle and has an endowment of more than $50 billion and about 1,600 employees. The foundation’s work is in most of the U.S. and in 135 countries.

In 2014, Bill Gates stepped down as chairman of Microsoft in order to focus on the work of the foundation.

Bill and Melinda Gates were married in 1994. They had met years earlier when the former Melinda French, then a 23-year-old Microsoft product manager, met Gates.

Microsoft was founded by Gates and Paul Allen in 1975. In leading Microsoft as CEO as its software and Windows operating system drove the personal computer boom, Gates became one of the richest people in the world in his 30s. He would go on to have dustups with rivals like Apple’s Steve Jobs, who accused him of copycat efforts, as well as federal antitrust regulators, who sought to break up Microsoft. Ultimately, a federal judge sided with regulators, but an appeal resulted in a lesser penalty as part of a settlement. The case, along with missteps during the dawn of the internet age, slowed Microsoft’s momentum, though it has recently returned to the top echelon of tech giants.

It’s the second major breakup of a married couple tied to the rise of the technology sector at the end of the 20th century. Amazon founder Jeff Bezos and wife Mackenzie split in 2019.

03/05/2021 Business Comments Off on Bill And Melinda Gates Divorce After 27 Years: “We No Longer Believe We Can Grow Together As A Couple”
Markets