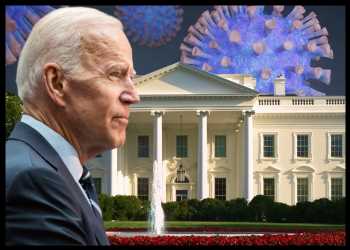 President Joe Biden has expressed disappointment over some state authorities passing laws or signing orders that “forbid people from doing the right thing” in the fight against the coronavirus.

While delivering remarks on his Administration’s progress toward fighting the pandemic, he named two states where the Republican Governors declined to follow the federal government’s lead in imposing mask and vaccination mandates.

Biden said the escalation of cases is particularly concentrated in states with low vaccination rates. Florida and Texas account for one third of all new COVID-19 cases in the entire country.

He pointed out that currently, seven states not only ban mask mandates but also ban them in their school districts, even for young children who cannot get vaccinated. Some states have even banned businesses and universities from requiring workers and students to be masked or vaccinated, he added.

“And the most extreme of those measures is like the one in Texas that say state universities or community colleges could be fined if it allows a teacher to ask her unvaccinated students to wear a mask,” Biden said.

Texas Governor Greg Abbott issued an executive order Thursday, reiterating his opposition to mask mandates, Covid-related business restrictions and vaccination requirements. Abbott, the Republican governor of the nation’s second-largest state, threatened to impose fines of up to $1,000 against local officials and businesses that enforce mask mandates and vaccine requirements.

Florida Governor Ron DeSantis issued an executive order on Friday blocking mask mandates in the state’s schools, saying parents had the right to decide if their children would wear face coverings.

This is in contrast to many states, cities, businesses and schools that have begun implementing new mandates since the CDC recommended that even fully vaccinated people should wear masks in public indoor spaces in Delta-variant hot spots.

In a veiled appeal to Governors not to play politics in the face of the pandemic, Biden said, “The virus doesn’t care if you’re a Democrat or a Republican. This is about life and death.”

Biden observed that there is a clear link between the lowest-vaccinated states and the states with the highest case rates.

This past week, the most vaccinated state in America, Vermont, has seen just five new COVID-19 cases per day for every 100,000 people.

Nearby Maine, which has vaccinated almost 80 percent of their adults, has seen just six new cases per 100,000.

But the states with the lowest vaccination rates are seeing 10 to 20 times as many new cases per 100,000 people.