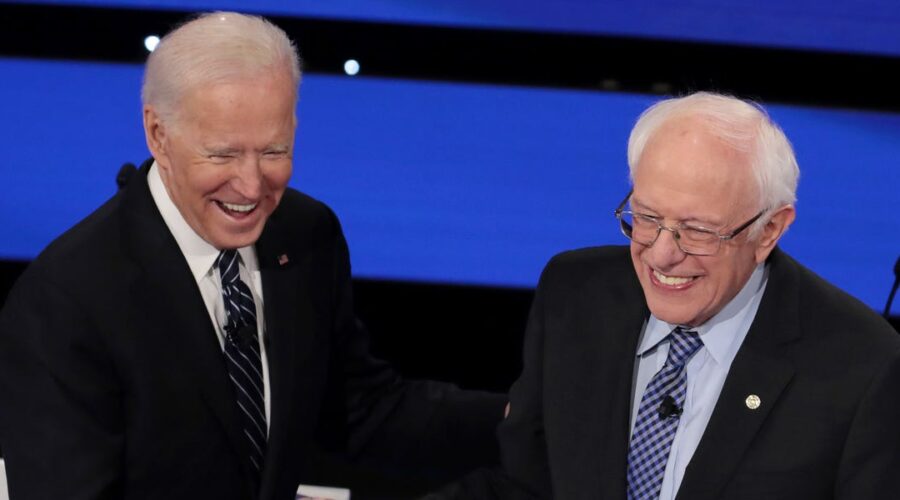 President Joe Biden makes private phone calls to Sen. Bernie Sanders to hear from the left of his party, according to a New York Times report.

It’s an unlikely turn of events for two fierce rivals from last fall’s primary campaign from opposite wings of the Democratic Party, but another piece of evidence that Biden’s bold economic agenda is dissolving the boundaries between those factions — and that Sanders is playing a pivotal role in it.

Politico reported in early March that Biden and Sanders had a very high level of contact with each other. Weeks later, after Biden’s historic $1.9 trillion stimulus package passed almost entirely intact — with the significant exception of Sanders’ beloved $15 minimum-wage increase — the Los Angeles Times reported that Sanders had become “the consummate insider in the Senate,” hitting the phones to keep progressives in line as the minimum-wage was struck from the bill.

Sanders subsequently praised Biden for the size and scope of the stimulus, which included several policies Sanders has long championed. He also later told the New York Times that he thinks Biden has the “courage” to act boldly — and hopes that continues.

“As Chairman of the Senate Budget Committee, I am proud that we passed the American Rescue Plan, which, in my view, is the most significant piece of legislation to benefit working families in the modern history of this country,” Sanders tweeted after the passage of the first stimulus package.

Biden reportedly also makes private calls to moderate Democrat Sen. Joe Manchin, who wields considerable power in the Democrats’ razor-thin majority, to check in with the broader Democratic caucus. He also calls Senate Minority Leader Mitch McConnell to urge bipartisanship, which has so far not manifested.

Both Sanders and Manchin represent major factions that will likely come into play during months of infrastructure negotiations ahead. The more moderate Manchin was one of the Democrats who vocally opposed the inclusion of a $15 minimum wage in reconciliation, and ultimately voted against the wage hike.

He’s also already reportedly shaped at least one of the proposed tax hikes in Biden’s infrastructure package; Manchin signaled that he’d prefer the corporate tax rate increase to 25% from 21%, instead of Biden’s proposed 28%. He’s been reportedly joined by other Senate Democrats, and that’s the rate that’s likely to get passed, according to a Morgan Stanley note.

In April, when Insider’s Nicole Gaudiano and Warren Rojas spoke to prominent progressives about Biden’s progress so far, they said Biden is largely impressing his left wing, but also cited disappointments such as the $15 minimum wage and what they perceive as a subpar handling of the climate crisis.

“I think he is showing the kind of leadership and providing the kind of agenda that working families in this country want and need,” Sanders previously told Insider.

29/04/2021 Business Comments Off on Biden calls Bernie privately to check in on the left wing, report says
Markets