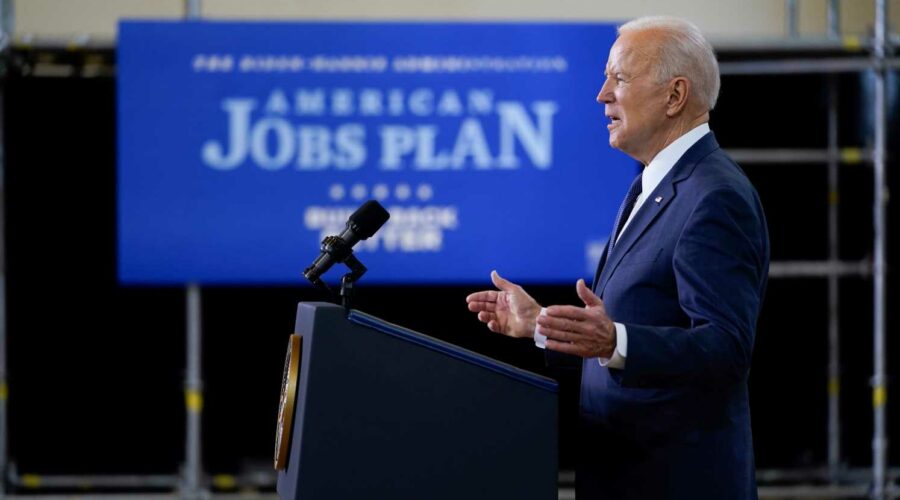 The Biden administration on Wednesday unveiled details of a plan to raise corporate taxes and discourage U.S. multinationals from shifting investment and profits overseas to reduce their tax burden.

The “Made in America Tax Plan,” which would require passage by Congress, expands on Treasury Secretary Janet Yellen’s call earlier this week for a global minimum tax to prevent countries from cutting their tax rates to attract multinational firms.

“When other countries see us lower our rate, they lower theirs to undercut us,” Yellen told reporters Wednesday. “The result is just a global race to the bottom.”

Corporate tax revenue in the U.S. is at historic lows and well below what other countries collect, Treasury says.

Last week, President Joe Biden announced a $2.2 trillion proposal to upgrade the nation’s roads, bridges, broadband and clean energy infrastructure. He said he wanted to pay for most of the sweeping overhaul by raising the corporate tax rate from 21% to 28% and encouraging other countries to enact a global minimum tax.

In 2017, former President Trump spearheaded a tax reform that slashed the corporate rate from 35% to 21% and attempted to discourage companies from keeping their profits offshore to avoid U.S. taxes. But the legislation had the opposite effect, the Biden Treasury Department argues, because it exempts the first 10% of returns on foreign assets from U.S. taxes – a high level – while taxing profits above that.

Treasury officials say the Trump-led tax changes have only spurred large corporations to move operations abroad. Many use tax credits in high tax jurisdictions to shift profits to tax havens, resulting in an overall tax burden that’s only about half that of domestic companies, Treasury says. As a result, profits continue to be shifted to tax havens such as Bermuda, officials say.

“Despite attempts to rein in profit shifting, tax havens are as available today as they were prior to the 2017 tax reform,” Treasury says in a report.

Ooops!: Too many making new stimulus mistakes on their 2020 tax returns

Among other things, the new corporate tax proposal would:

► End the tax exemption for the first 10% return on foreign assets and the ability of companies to shield income from U.S. taxes in overseas havens with taxes paid to higher tax countries. Instead, minimum taxes would be calculated on a per country basis. The plan would raise more than $500 million in revenue over a decade, Treasury and the Joint Committee on Taxation estimate.

► Encourage nations to join a global agreement that enacts a minimum global tax by denying U.S. tax deductions to foreign companies based in countries that don’t adopt a strong minimum tax.

► Enact a 15% minimum tax on the book income of large companies that report high profits but have little taxable income.

► Replace subsidies for fossil fuel production with tax incentives for green energy, encouraging the adoption of electric vehicles and supporting energy sources such as wind and solar.

“It changes the game we play,” Yellen said of the blueprint.