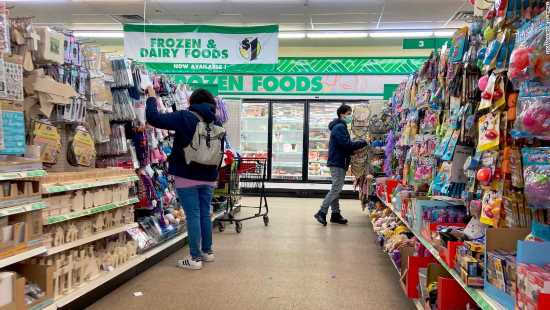 New York (CNN Business)In 1986, three retail veterans opened a chain of stores in the southeast named Only $1.00. They were building upon the concept of a store they had stumbled across called Everything’s A Dollar, and thought they could do it better.

But Everything’s A Dollar wasn’t so thrilled to welcome the competition, so the company sued, forcing Only $1.00 to change its name. The executives came up with a different name: Dollar Tree.
For 35 years, Dollar Tree (DLTR) sold toys, home furnishings, kitchenware, holiday decorations, stationary, party supplies, arts and crafts, books, food and household essentials for $1. Dollar Tree plastered big green and yellow “Everything’s $1” circles throughout its nearly 8,000 US stores (Dollar Tree purchased the trademark of the brand that had once sued it).
“I viewed the dollar-only concept as sacred. It was everything. Without it, we’d be just another discount retailer,” Macon Brock, a Dollar Tree founder, said in his 2017 autobiography “One Buck at a Time.” 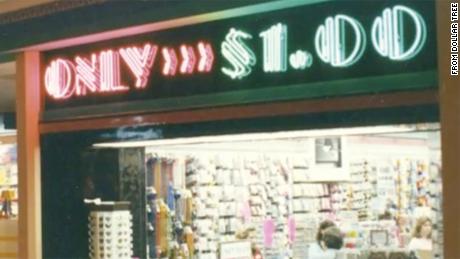 “Ditch the dollar, I believed, and we’d surrender our niche,” Brock wrote.

Brock said he didn’t know how long Dollar Tree could stick to selling everything for $1: Inflation made it more challenging every year. But, as recently as August, Dollar Tree chief executive Michael Witynski said the company was committed to that price.
“This dollar price point is going to be more important than ever,” Witynski said. $1 “is going to look good.”
Just three months later, Dollar Tree changed course.
The company said late last month it was throwing away those Everything’s $1 signs and walking away from its 35-year brand identity, announcing plans to raise prices to $1.25 on the vast majority of its merchandise at all stores by around May 2022.
“This is the appropriate time to shift away from the constraints of the $1.00 price point,” the company said in a news release.
But the decision to raise prices by 25% is a huge gamble for the company. Its future hinges on how customers respond to the end of $1 deals after 35 years.

I viewed the dollar-only concept as sacred. It was everything."

Some retail analystssay the decision was rushed and will backfire, alienating loyal Dollar Tree customers who shopped there specifically because prices were a dollar. Some bet the chain’s primary competitor, Dollar General, will undercut Dollar Tree by selling more products for $1. Others question if a company that has struggled even as its discount competitors boomed — Dollar Tree is on its third CEO in six years — can effectively execute such a significant strategy change.
“It will be a shock to a loyal customer base,” said Scott Mushkin, a founder and analyst at R5 Capital, a retail research and consulting firm. “It could end up being one the worst decisions in retail history if it is not dialed back.”
David D’Arezzo, a former chief merchant at Dollar General and an executive at pharmacy and supermarket chains, said the move “destroys 35 years of brand equity in one fell swoop.”
Dollar Tree did not respond to requests for comment on this article.

‘As easy as spending money could be’

Dollar Tree, based in Chesapeake, Virginia, was the last of the big dollar store chains to actually sell products for a dollar.
Dollar General, Family Dollar — which Dollar Tree purchased in 2015 — 99 Cents Only, and Canada’s Dollarama have sold products for more than $1 for years.
But Dollar Tree has a different model and customer base than those brands. Its approximately 8,000 square-foot stores, dotted amid strip malls, are typically found in suburban areas and target middle-income shoppers.
Dollar Tree is also designed to draw a different type of shopping visit.
While customers primarily head to Dollar General or Family Dollar when they run out of items like milk or paper towels, Dollar Tree attracts shoppers who want to have a little fun and hunt for a quirky gift or items that might look good in their living room — for a buck.
Selling everything for $1 was also easy on store operations. Workers didn’t have to constantly spend time changing price displays in aisles or tags on shelves, and it was simple for customers on tight budgets to keep track as they shopped around. Ten things in your shopping basket? That’s ten dollars .
“When a customer walked into our store, she could shut off her brain. She didn’t have to think, didn’t have to calculate how much she was spending,” Brock said in his autobiography. “It made the transaction as easy as spending money can be.”

But there were drawbacks to the rigid $1 strategy. Because Dollar Tree couldn’t raise prices, it was more vulnerable to cost increases than competitors who had the ability to pass them off to customers.
One-dollar prices were a “trap” for Dollar Tree, said Mark Cohen, director of retail studies at Columbia University’s business school and a former executive at Sears. “You can’t sustain the business at that level.”
The company’s model may have worked over the past few decades when inflation was basically nonexistent. But it became more challenging for Dollar Tree to maintain profitability when labor, transportation, fuel, merchandise and shipping costs surged — as they are today. 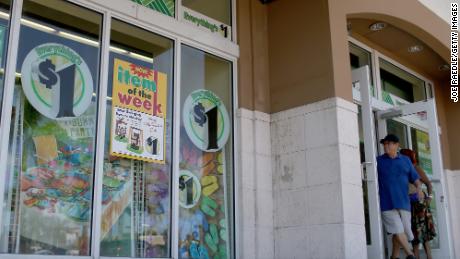 Those rising costs have squeezed Dollar Tree’s profits and margins. During the first three quarters of 2021, the chain’s profit margin dropped 1.5% from the same stretch last year. The falloff was particularly steep last quarter, down 4.7% percent from the same quarter a year ago to around 30%.
Dollar Tree said that the move to raise prices will help combat higher costs and return the brand to its typical profit margin of around 35% next year.
Additionally, when inflation spikes, Dollar Tree faces increased pressure to grow sales to cover higher costs, or alter its merchandise — including by shrinking sizes.
But Dollar Tree’s sales have grown at a slower rate in recent years than at its discount competitors, including Dollar General (DG), Walmart (WMT), TJX (TJX), Five Below (FIVE) and others.
Dollar Tree’s inventory also suffered from having to keep everything under $1. The chain discontinued several “customer favorites,” the company said, particularly in packaged and frozen foods and household essentials.
Raising prices will give Dollar Tree flexibility to reintroduce those items, expand its selection, and bring in new products to draw customers, the company said.

Dollar Tree had taken steps in recent years to raise prices on some items.
In 2019, after an activist investor built a stake in the company and pressured it to hike prices or sell off its struggling Family Dollar arm, Dollar Tree announced it would begin testing higher prices at some stores — an initiative that became known as Dollar Tree Plus, with products at $3 and $5.
The company has also launched a new concept of joint Dollar Tree and Family Dollar stores in rural towns that have a mix of Dollar Tree items for $1 and higher-priced Family Dollar merchandise.

The execution of it does feel rushed, untested and adds risk."

The Dollar Tree Plus sections and combination stores have shown promising results, and in September, Dollar Tree said it would start selling items at $1.25 and $1.50 in hundreds of stores with Dollar Tree Plus sections, as well as at select legacy Dollar Tree stores.
Two months later, the company said it was raising prices on the majority of its products to $1.25.
Dollar Tree says it has gotten positive feedback from customers at stores testing $1.25 prices and saw a sales lift at those locations — but the benefit was partially offset by a small decline in the number of products sold.
Dollar Tree also conducted independent surveys with shoppers, 91% of whom said they would shop at Dollar Tree “with the same or increased frequency” with higher prices, CEO Mike Witynski said on a November earnings call.
Customers were “telling us that even at the $1.25, there’s still great value and they’re going to continue shopping here,” he said.

Dollar Tree may not have been able to hold prices at $1 forever. But some analysts criticized the route the company took, the speed at which it erased a 35-year strategy, and the risks it opened up with shoppers and competitors. Some say moving to $1.25 jeopardizes the brand’s clearly-defined image.
“[$1.25] doesn’t have any connection of value like a dollar does,” Cohen said. “I don’t think it triggers the same draw in the mind and heart of a customer.”
When Dollarama, the Canadian discount store giant, raised its prices above $1 for the first time in 2009, it did so on new products, so consumers could see the value they were getting for their extra money, said Kelly Bania, a retail analyst at BMO Capital Markets.
Dollar Tree isn’t doing that. Instead, it’s immediately charging 25% more for its existing merchandise. This may create confusion for customers, Bania said, and leave some shoppers puzzled as to why they’re paying 25% more for the same item they just bought for $1. 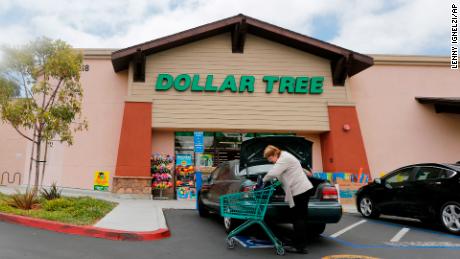 When retailers make a pivotal changes, they often conduct months or even years of tests through different seasons, economic conditions and other variables that might impact consumer behavior. Dollar Tree, for example, has spent more than a year testing $3 and $5 products in select Dollar Tree Plus sections before rolling them out more broadly.
But Dollar Tree made the switch just two months after announcing the $1.25 and $1.50 test. This was not enough time to understand the full impact the change would have on shoppers, analysts said.
“Based on Dollar Tree’s track record of testing and learning, this was announced and rolled out at a much faster pace than you would think for such a big decision,” Bania said. “The execution of it does feel rushed, untested and adds risk.”
Although Dollar Tree said sales grew at stores where it tested $1.25 prices and customers responded favorably, it came when demand for goods was red hot heading into the holidays, wages were rising, and many customers had more cash to spend thanks to federal stimulus checks.
It is unclear how Dollar Tree shoppers will respond to $1.25 prices when they aren’t buffeted by federal stimulus or when the gap between supply and demand normalizes.

An opportunity for Dollar General

Price remains the most significant factor for many Dollar Tree shoppers and moving away from $1 may drive them elsewhere.
Dollar Tree’s decision was “reckless and unnecessary,” Mushkin said in a note to R5 Capital clients. An October R5 survey of 550 customers found that roughly 32% would shop at Dollar Tree less often if stores offered products for more than $1. Around 5% said they would stop shopping at the store altogether.
Dollar prices were the brand’s “ace in the hole,” and Dollar Tree could have taken other steps such as adding “Beyond $1” sections, Mushkin said. Five Below, the $5 and under discount toy and game story, did this in 2019 when it started selling some items for up to $10 in “Five Beyond” sections. Dollar Tree could have also introducing two items for $3 deals.
“They simply don’t need to raise prices on everything to get this done,” Mushkin said.
Dollar General may be able to capitalize on Dollar Tree’s decision to raise prices. Thousands of Dollar Tree stores are located near Dollar General locations, and the chain could pick off some disgruntled Dollar Tree customers looking for $1 items.
Dollar General sells around 20% of its products for $1 and highlighted the role of this merchandise in its strategy to reach low-income customers during an earnings call last week.
Products “at the $1 price point are important for our customers, and they will continue to have a significant presence in our assortment,” Dollar General CEO Todd Vasos said on an earnings call last week.

Dollar Tree has moved on from $1. But Vasos said Dollar General is “not walking away from a $1 price.”
Source: Read Full Article

11/12/2021 Business Comments Off on Believe it or not, dollar stores are thriving
Markets