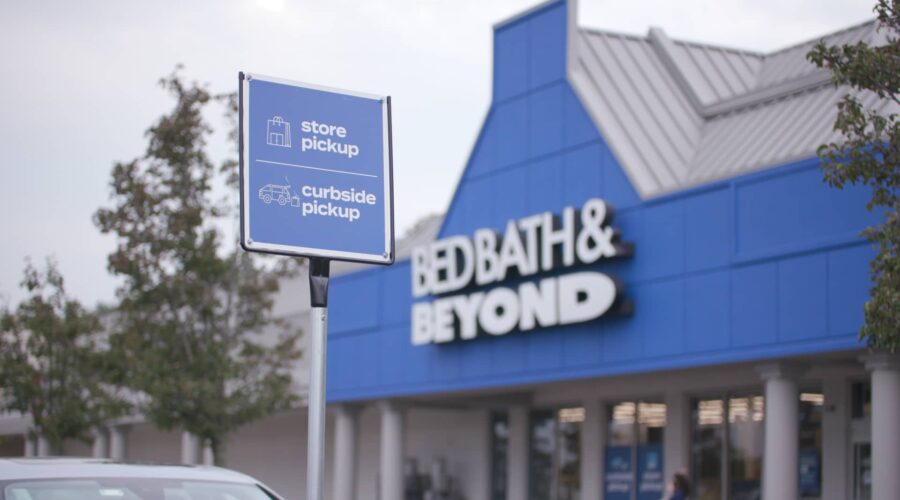 Bed Bath & Beyond fiscal first-quarter sales climbed nearly 50%, as the retailer's turnaround initiatives including launching new brands and remodeling stores helped to draw in customers for everything from blenders to bath mats.

The progress coming ahead of the key back-to-school shopping season was enough for the company to hike its full-year revenue outlook.

However, its first-quarter earnings were hurt and will continue to be weighed down by the costs that Bed Bath & Beyond faces in order to successfully turn its business around.

"We are re-establishing our authority in home, recapturing market share and unlocking our full potential," Chief Executive Mark Tritton said in a statement.

Here's what the company reported for the three months ended May 29, compared with what Wall Street was expecting, based on a survey of analysts by Refinitiv:

Comparable sales — which track revenue online and at shops open for at least 12 months — were up 86% compared with 2020 levels, and up 3% on a two-year basis. Analysts had been looking for year-over-year growth of 75.6%, according to StreetAccount estimates.

Comparable sales were adjusted to account for the negative impact of ongoing store closures. Stores that permanently closed in fiscal 2020 would have contributed roughly 13% to the retailer's core sales during the fiscal first quarter, the company said in its news release. As of May 29, the retailer operated a total of 1,004 stores, including 818 of its namesake Bed Bath & Beyond locations.

So far, a key component to Bed Bath & Beyond's turnaround plans are ahead of schedule. It's in the process of debuting a variety of in-house brands across the kitchen, bedding and organization categories.

Within a few years, the company says its private-label sales will grow to represent 30% of its business, from about 10% at the end of 2020. By selling more in-house products, Bed Bath & Beyond's goal is to grow margins. This is one way the company can hopefully offset some of the hefty expenses it incurs as it invests in things like refreshing stores.

During its fiscal first quarter, Bed Bath & Beyond launched the bedding and bath label Nestwell, a spa-inspired line Haven, and an everyday basics line called Simply Essential. It has a number of other labels on the way.

It has also been ramping up marketing in a bid to make itself known as a destination for all-things home. A national TV and social media campaign called "Home, Happier" recently debuted.

"We have started the year in a position of strength and are clearly on track to accomplish our goals," Tritton said.

For the second quarter, Bed Bath & Beyond said it expects to earn between 48 cents and 55 cents per share after adjustments. Sales will be between $2.04 billion and $2.08 billion.

Analysts had been looking for second-quarter adjusted earnings of 52 cents per share on sales of $2.02 billion, according to Refinitiv data.

Find the full earnings release from Bed Bath & Beyond here.

This story is developing. Please check back for updates.

30/06/2021 Business Comments Off on Bed Bath & Beyond earnings take a hit from turnaround costs, but retailer raises 2021 sales forecast
Markets