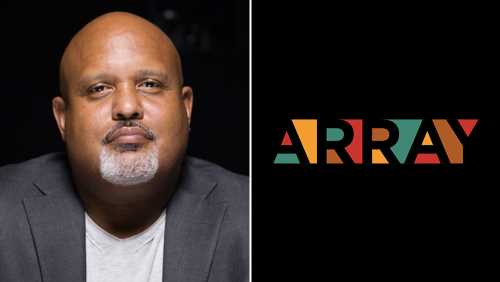 The ever-burgeoning slate of Ava DuVernay’s media collective has a new boss, and it’s a familiar face.

“Paul has been my true and trusted partner for the past decade, the one who takes my dreams off the page and makes them a reality on the set and beyond,” DuVernay said of Garnes, her longtime collaborator since her Sundance-winning Middle of Nowhere and Oscar-nominated Selma. “He’s simply the best at what he does and the way that he does it — with warmth and wisdom, gusto and grace,” the filmmaker added. “It brings me great joy to work even more closely with Paul as he leads Array Filmworks into a new era with our stellar team.”

A bond deepened by their time together in the trenches during the early months of the coronavirus pandemic and the shut-down and reopening, and Covid-focused re-vamping of Queen Sugar’s fifth season, the feeling is clearly mutual.

“I first met Ava when she was a film publicist in the ’90s, which led to me producing one of her early features on a shoestring budget,” Garnes said. “Since day one, we have had a creative and collaborative partnership that I treasure. I look forward to expanding our work together and continuing to produce stories with meaning and mission under Ava’s incredible vision.”

At present, that vision includes eight series in active production for the Peabody Award-winning collective. Along with the upcoming DMZ for HBO Max, the slate includes the animated Wings of Fire adaptation for Netflix, the upcoming CW superhero drama Naomi and the Netflix limited series Colin in Black & White about the younger years of Colin Kaepernick who was essentially blacklisted by the NFL for his activism.

“Sarah is a thoughtful executive who has built a wonderful creative development team here and is respected by our showrunners and artists,” the When They See Us director said. “I’m grateful for her time at Array, look forward to continuing our friendship and wish her good health and happiness always.”