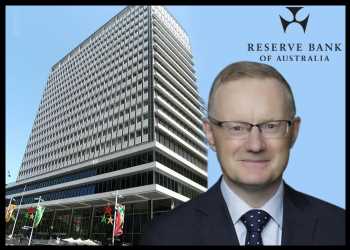 Australia’s central bank raised its key interest rate for the first time in over 11 years as inflation picked up more than expected and the economy strongly weathered the headwinds.

The policy board of the Reserve Bank of Australia, headed by Governor Philip Lowe, decided to lift the cash rate target by 25 basis points to 0.35 percent. Markets had expected a 15 basis-point hike.

The previous rate hike was in November 2010, when the board raised it by 25 basis points to 4.75 percent.

The board also increased the interest rate on Exchange Settlement balances from zero percent to 25 basis points.

The board judged that now was the right time to begin withdrawing some of the extraordinary monetary support that was put in place to help the Australian economy during the pandemic, the RBA said in the statement.

The economy has proven to be resilient and inflation has picked up more quickly, and to a higher level, than was expected. As wage growth is picking up amid low levels of interest rates, it is appropriate to start the process of normalizing monetary conditions, the board observed.

Signaling more tightening measures, the bank said it is committed to doing what is necessary to ensure that inflation returns to the target over time. This will require a further lift in interest rates over the period ahead.

The bank is set to hike rates by 25 basis points at every meeting throughout this year, with the cash rate ending the year at around 2 percent, Capital Economics economist Marcel Thieliant said. The firm expects the rate to reach 2.5 percent by mid-2023.

The RBA board does not plan to reinvest the proceeds of maturing government bonds and expects the Bank’s balance sheet to decline significantly over the next couple of years.

Policymakers are not currently planning to sell the government bonds that the RBA purchased during the pandemic.

On the price front, the board projected a further rise in inflation in the near term, but as supply-side disruptions are resolved, it is forecast to decline back towards the target range of 2 to 3 percent.

By mid 2024, headline and underlying inflation are forecast to moderate to around 3 percent. These forecasts are based on an assumption of further increases in interest rates.