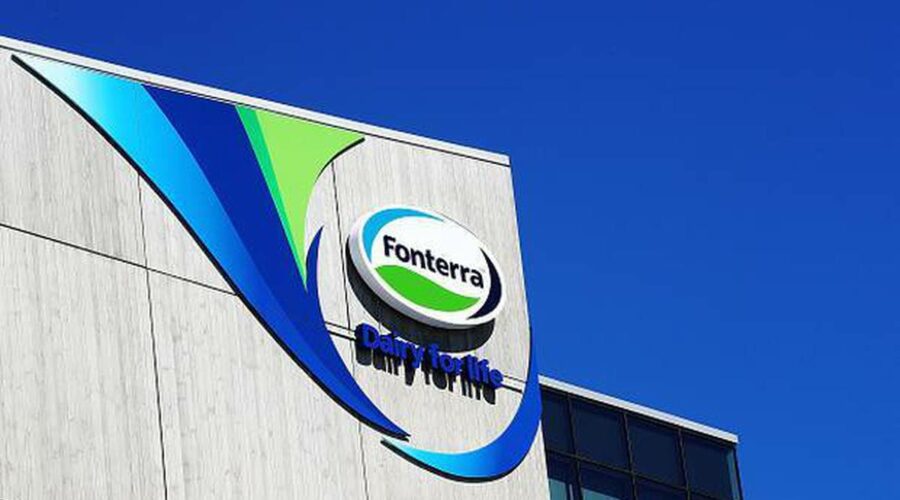 Auditing regulator the Institute of Chartered Accountants has referred a complaint about PwC’s auditing of Fonterra accounts to its professional conduct committee after an investigation.

This follows one of Fonterra’s biggest shareholders, Colin Armer, in 2019 taking his concerns about Fonterra’s shock asset writedowns that year, and its 2015-19 financial statements, to the Financial Markets Authority (FMA).

The FMA on Friday said its investigation into the timing of the writedowns on Fonterra’s Beingmate and China Farms had turned up no evidence warranting action against New Zealand’s biggest business.

But the FMA referred the audit aspect of the complaint to the Institute of Chartered Accountants, which told the Herald that as a result of its own investigation, the matter had been referred to its professional conduct committee.

In the 2019 full year, Fonterra posted asset writedowns and accounting adjustments of $826 million and a net loss of $605m.

Around $4 billion – representing 5 per cent of dairy farm equity in New Zealand – was wiped off the balance sheets of Fonterra’s 10,000 farmer-owners in 2018 and 2019, according to calculations by shareholder watchdog the Fonterra Shareholders’ Council.

At the time of his complaint, Armer said shareholders had been “badly let down” by the co-operative’s leaders, the council and auditor PwC.

Armer also asked the FMA to investigate Fonterra directors’ calculations on executive performance pay, and why they were not independently audited.

PwC had been Fonterra’s auditor since the dairy exporter’s formation in 2001. It surrendered the contract in 2019 after pressure from shareholders, including Armer, who claimed it was too close to the Fonterra board.

The chairman of the Fonterra Shareholders’ Fund, the listed entity set up by Fonterra in 2012 to enable non-farmers to buy non-voting, dividend-carrying units, is PwC’s former chairman John Shewan.

A PwC spokesperson said: “This matter is ongoing and we continue to work with NZICA.” Armer has been approached for comment.

In October last year PwC told the Herald it had set up an audit advisory board that would “provide guidance and challenge” related to audit quality at the firm.

Audits were a critical component of a trusted and well-functioning capital market and the new board was part of PwC’s commitment to continually improving quality, the firm said.

The FMA said in a statement that its inquiries followed complaints about the timing of the accounting writedowns relating to Beingmate Baby and Child Food Co Ltd and China Farm assets. The values of these, and other, assets were re-stated in a Fonterra market announcement in August 2019.

“In the context of these various inquiries, the FMA has spent considerable time seeking to assess the reasonableness and supportability of forecasts used, and assumptions applied, in valuing parts of Fonterra’s business and related disclosures,” the authority said.

“From September 2017 to April 2018, the FMA engaged with Fonterra on its valuation of Beingmate for the year ended 31 July 2017. The engagement focused primarily on the base share price and the premium applied in the valuation of this investment.

“Fonterra wrote down the Beingmate investment by $405 million in its half year financial statements for the period ended 31 January 2018, and enhanced its disclosures relating to the key inputs and assumptions, including the sensitivity of the value of the investment to changes in key assumptions.”

The FMA said it engaged with Fonterra regarding its valuation of China Farms before the release of Fonterra’s 2018 financial statements. As part of this engagement, the FMA reviewed the calculations and assumptions used by Fonterra management in valuing these assets.

“The FMA acknowledges the duration of these inquiries, while also highlighting the complexity and technical nature of any inquiry where significant judgments and assumptions are used in determining valuations. Both the quantity and sufficiency of accounting records provided by entities in complex areas such as valuations and impairment of assets has an impact on the FMA process.

“The valuation of non-financial assets, including goodwill, continues to be an important area of focus in the FMA’s financial reporting monitoring activities. This includes a focus on the requirement to keep, and be able to make promptly available, proper accounting records to ensure compliance with applicable accounting standards.”