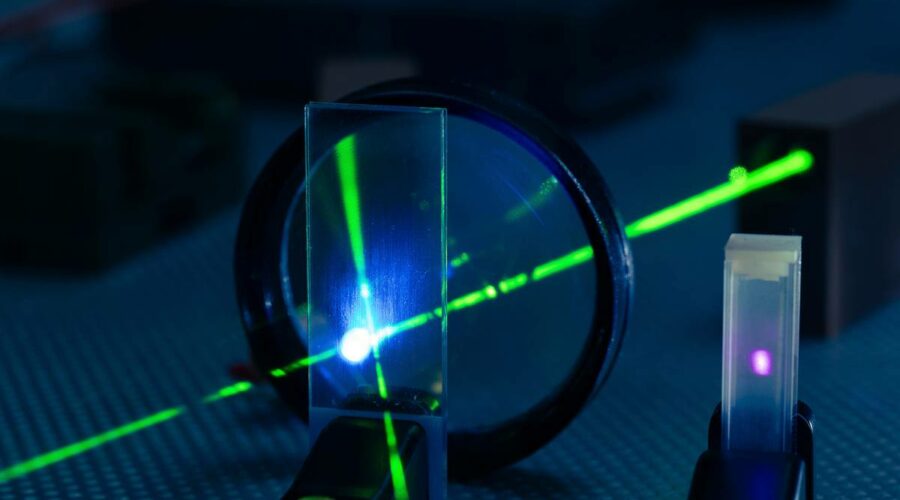 Auckland startup Quantifi Photonics has raised $15 million in a Series B round that’s unusual – in that it’s an all-Kiwi affair at a time when Aussie or US outfits are grabbing large chunks of many high-tech companies in fundraising mode.

It’s also a notable example of a local venture capitalist re-investing money in a local startup following a big win, and a local KiwiSaver fund backing an early-stage company.

Quantifi – founded in 2012 born out of research at Auckland University – makes equipment that global companies use to develop and test really fast telecommunications equipment, from subsea cable systems to optical kit in data centres.”

The new trans-Pacific Southern Cross Next cable – which was dragged up Auckland’s Takapuna Beach last week by Alcatel Submarine Networks, was developed and tested, in part, using Quantifi kit.

Now, Quantifi co-founder Andy Stevens says new markets are opening up for his company’s technology – and the $8m will be used to develop new products to meet them.

“What has happened over the last 10 years is that all this amazing technology developed for telecommunications has enabled the development of new products for new markets and applications. For example, autonomous cars that scan the road using laser-based Lidar systems, and your smart phone’s facial recognition are both built using fundamental photonics technologies,” he says.

Lance Wiggs’ Punakaiki Fund which led the previous Series A round in 2018, also led Quantifi’s Series B round, investing $5m (and lifting its stake from 17.7 per cent to 27.8 per cent in the process).

Punakaiki was recycling some of the profit it made from owning a slice of Vend, the Auckland point-of-sale software company recently sold to NYSE-listed Lightspeed for US$350m ($455m).

“We will receive, we estimate, $9m from the sale of our Vend shares, which was paid partially in cash, and the remainder in Lightspeed shares. Two thirds of those shares are escrowed until later this year,” Wiggs says.

“The cash, and funds from the sale of our initial tranche of Lightspeed shares only rested in a bank account briefly before being redirected into Quantifi Photonics [$5m] and [$1.25m] Mobi2Go. Each of these investments was part of a round of $10 million or more, leaving two of our existing investments very well set up for the medium-term.”

(Mobi2Go – a Kiwi company that competes with Shopify – has boomed during the pandemic, quadrupling its staff as more small businesses move sales online.)

Stevens says the $8m in new funding will be used to ramp up research and development efforts, and create new products that will broaden Quantifi’s appeal to the world’s largest tech companies.

“We have significant opportunities with a number of existing customers, and we are one hundred per cent focused on becoming a leading supplier to the world’s largest photonics manufacturers over the next five years.

“The company is on a clear path, even with the impact of Covid-19, to turn this into a US$100m revenue business for New Zealand”.

The Albany-based company grew staff numbers to 50 during 2020.

And while detailed financials haven’t been published, a Punakaiki fund portfolio statement says Quantifi increased revenue by 10 per cent (to an undisclosed amount) in 2020 as it snuck into profit with “over $680,000” of operating earnings.

Quantifi had been seeking to raise $12m, but in the end its oversubscribed round got to $15m.

The round was also supported by KiwiSaver fund Simplicity, which invested $4m. Simplicity MD Sam Stubbs indicates more of the same is on the way – which could lead to dedicated fund.

“As part of our fully-diversified strategy, we will invest in privately-held companies with meaningful revenue and strong fundamentals. We intend to create, over time, enough holdings to have an index on strong privately held businesses in New Zealand,” he says.

$1m came from Nuance Connected Capital, which launched a new VC fund in May aimed at early-stage NZ companies with global opportunities in deep tech, science and innovation. Partner Ngaio Merrick says: “Our investment process focuses on the calibre of the founders and the ability of the company to carve out a global niche. We believe Quantifi Photonics is well placed to scale internationally with the investment and the support of their investors.”

Punakaiki’s 28 per cent makes it the largest shareholder following the Series B raise. Co-founder Stevens has the second largest holding with 24 per cent (other investors are at 10 per cent or below).

“We are one of only two companies able to meet the exacting requirements for manufacture of high-end optical transceivers and we are moving quickly to consolidate our lead,” Stevens says.

“We started by providing leading-edge photonic test equipment to overseas R&D labs who were developing the fibre-optic communication technologies used in subsea cables such as the Southern Cross cable between New Zealand and the US, which carries most of New Zealand’s internet and telecommunications data.

“Today, our equipment is used to test devices which operate much faster, but are much smaller and cheaper, and are being used in thousands of data centres worldwide.”

Quantifi’s equipment is used by multinationals in 25 countries today. Stevens expects that to expand as new markets like self-driving car systems and augmented reality smartphone apps broaden the market for photonics-enabled devices – and the kit for developing and testing them.