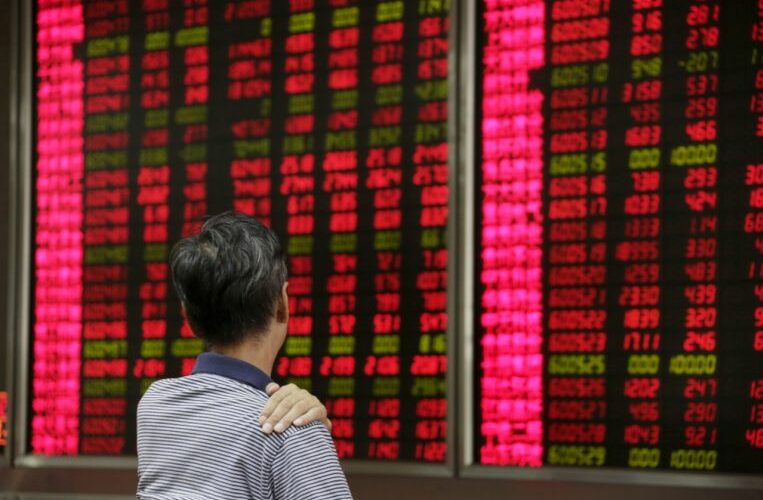 Investors have been rattled in recent weeks by data showing the highly transmissible virus surging across the world, forcing some governments to reimpose containment measures.

Even countries with elevated vaccination rates have seen a big increase in new cases, though observers point out that hospitalisations and deaths are being kept down thanks to the jabs.

The selling has also been blamed on other factors including lingering worries about possible central bank policy tightening as the economy recovers, profit-taking with markets sitting around record or multi-year highs, and investors jockeying as the corporate earnings season begins.

Bubbling geopolitical tensions were also an influence after the United States accused Beijing of carrying out a massive hack of Microsoft and charged four Chinese nationals, while rallying allies in a rare joint condemnation of “malicious” cyber activity. China has denied the claims as “totally groundless and irresponsible”.

“What is likely concerning markets now is that there is also a surge in infections occurring in developed markets with high levels of vaccination,” said National Australia Bank’s Tapas Strickland.

This showed “that fully vaccinated people while being protected from severe cases and hospitalisation, can still transmit the virus”.

“Virus restrictions may need to be in place for longer (or even re-introduced) until vaccination rates lift further and full vaccination is available to everyone who wants it,” Strickland added.

Wall Street’s three main indexes all ended deep in the red on Monday, with the Dow shedding more than two per cent while the Nasdaq and S&P 500 were more than one percent off.

And the selling filtered through to Asia, where Tokyo suffered a fifth straight loss, while Shanghai, Hong Kong, Sydney, Seoul, Mumbai, Bangkok, Wellington and Taipei were also well in retreat.

The worry on trading floors was reflected in demand for safe-haven assets including US Treasuries, the yen, and gold. Bitcoin fell to as low as US$29,516 and below US$30,000 for the first time in a month, having hit a record near US$65,000 in April.

“One of the reasons bonds have rallied so much is that institutional investors have rebalanced out of equities, which have had a huge run, into fixed income,” Jim McDonald, of Northern Trust Bank, told Bloomberg Television.

However, he added: “The recent weakness is justified on a short-term basis. If you look at the issue with the delta variant and Covid, it is a short-term concern, but if you look out to the end of the year most of the Western economies will have immunity in the 75-80 per cent range.” Others also remained broadly upbeat about the outlook.

“Those who have been inoculated should still have good protection against the Delta variant, according to the latest hospitalisation and mortality statistics,” said JP Morgan Asset Management’s Tai Hui.

“Hence, the potential risk to economic reopening is manageable, especially in regions or states where vaccination rates are high.” And Marija Veitmane, at State Street Global Markets, added: “I am firmly in the buy the dip camp”.

“Stocks had a very strong first half supported by the earnings recovery and we expect corporate earnings to remain strong.” Meanwhile, US President Joe Biden tried to calm worries about inflation, saying the recent spike in prices, which have raised concerns the Federal Reserve will have to hike interest rates, would be “temporary”.

Oil prices rose more than one per cent after Monday’s massive losses that were caused by worries about the impact on demand from spiking Covid cases and after major producers from the OPEC+ grouping agreed to increase output from next month.

Brent tanked 6.8 per cent and WTI lost 7.5 per cent, leaving both contracts sitting at levels not seen for about eight weeks.