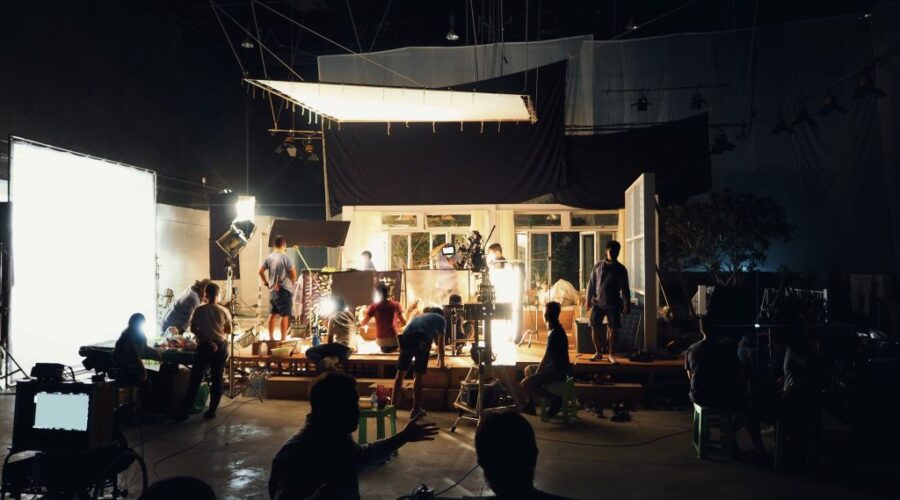 Sunday’s Primetime Emmy Awards were hailed as “historic” by Netflix’s Bela Bajaria as streamers, led by Netflix, dominated, taking home for the first time all top scripted series categories: Outstanding Drama, Comedy and Limited or Anthology Series. But the triumph of streamers, who completed their coming of age and solidified their status as industry leaders and awards powerhouses, provided more fuel for a labor dispute that may halt Hollywood production a year after filming slowly resumed following a six-month pandemic-related shutdown.

A day after the Emmys, IATSE, the Hollywood union that represents production crew, notified members that as its negotiations with major studios representative AMPTP had stalled, they would seek strike authorization. The vote is slated to begin next week.

Amid the looming strike, the Emmys have been brought up a lot this week on social media because, along with fair wages, hours and working conditions, IATSE is also seeking to close the gap between new media rates and basic rates that has allowed streaming shows to pay crews at TV movie levels, which are significantly lower than those for network series. The legacy “new media” provision in streamers’ contracts also has reportedly allowed them to avoid paying minimums or make health/pension contributions.

There is a caveat. I hear the discounted rates apply to streamers with less than 20 million subscribers, so it does not apply to current series on the major SVOD platforms. Additionally, labor demand has been forcing platforms and studios to pay market value in order to secure top-level crews for high-end series. Still, the “new media” loophole is there and could be exploited; it has been used mostly for lower-budget streaming series, I hear.

As recently as the 2018 negotiations, IATSE and the studios agreed to previous assessments that “the economics of New Media production were uncertain.” The union is now determined to change that as streaming shows are outnumbering linear ones to become a leading employer of production staff.

“The pandemic has laid bare what many of us already knew: New Media is now the industry standard and growing exponentially,” IATSE said in August. “New Media is just Media.”

Indeed, on-demand platforms were the big winners during the pandemic as people’s viewing habits further shifted toward streaming while the broadcast networks saw their ratings take a hit as Covid-related production delays disrupted their fall 2020 schedules.

I hear the AMPTP has made proposals addressing the antiquated terminology and treatment of streaming in the most recent contract. They are so outdated that costume designer Becca Joy sarcastically wrote on Twitter this week, “Netflix won a total of 44 Emmys this year. That is more than double the closest runners-up, and the most that any single network or streamer has won since CBS in 1974. But sure. Keep calling it ‘New Media’.”

While the possibility of an IATSE strike had been looming since the two sides failed to reach an agreement before the July 31 end of the previous contract, there was no real concern at the studios until the union moved in to seek a strike-authorization vote, I hear.

Production has not quite recovered from the pandemic, which is going through another surge. That was believed to have been a factor in the WGA not going for a strike in its negotiations with the studios this past spring, so most in the industry expected the IATSE to follow suit.

The lack of urgency also stems in part from the fact that, unlike the WGA or SAG, IATSE has never gone on strike. Also unlike many writers and actors, most crew members live paycheck to paycheck, making it very difficult financially for them to go on strike, something studios have traditionally used as leverage in their negotiations.

That was expected to be the case even more so this time coming off the Hollywood Covid shutdown, which hit crew members disproportionally hard. Instead, IATSE has been able to mobilize its membership like never before, releasing the valve on decades of pent-up anger. Their demands for living wages, a reasonable time to rest and meal breaks have galvanized crew members who have started sharing horrific stories about the toll of 14- to 19-hour days they have been subjected to for pay so little that a PA on a network show can make less than two-thirds what a Trader Joe’s clerk gets on fixed shifts.

The plight of IATSE members has resonated beyond Hollywood. An IG account for anonymous stories from crews has gone viral, garnering 110,000 followers to date, with the union’s potential strike gaining widespread support across all of social media, from Twitter and Facebook to neighborhood portal Nextdoor.

IATSE’s call for strike authorization vote did get studios, networks and platforms’ attention, with the level of anxiety among their executives going up this week following the news. I hear contingency plans are only now being discussed at the major studios and networks. They include drawing up new timelines for rescheduling shoots if needed and, in the case of the broadcast networks, looking at acquired scripted series as well as unscripted fare they have in the can that they can call upon if the pipeline of episodes from the current seasons dries up due to a work stoppage.

But not much could be done to blunt the impact of an IATSE strike, which would shut down production across the U.S. and likely in Canada too, where IATSE also has a significant presence. Fellow Hollywood unions including SAG-AFTRA, DGA, WGA East and WGA West as well as prominent actors, showrunners and directors including Jane Fonda, Lily Tomlin, Seth Rogen, Kerry Washington expressed solidarity, indicating that talent won’t cross the picket lines.

There is no way to stockpile episodes, and writing extra scripts, a standard operating procedure in preparation for a potential WGA strike, won’t help either. As one industry insider put it, “it’s pretty hard to do anything without cameras.”

In a statement released Thursday, AMPTP warned that “a strike will have a devastating impact on the industry and inevitably will result in thousands of IATSE members losing their income, failing to qualify for health insurance benefits, jeopardizing funding for the pension plan and disrupting production.”

The industry has been hit by the pandemic, which disrupted production and has been adding costs for keeping sets safe with Covid protocols. Because the legacy entertainment companies are still reeling from the pandemic’s impact, they want to avoid a strike at any cost. “That gives IATSE leverage, and they are smart to use it,” one industry source said.

The two sides continue to talk, and while the strike-authorization vote makes the threat of a work stoppage very real, observers still are optimistic a deal could be reached without a work stoppage.

If a strike happens, the potential production shutdown would most adversely impact the broadcast networks, whose new season just started, as they would run out of episodes within weeks. It would be a second consecutive disrupted fall launch, and could be the proverbial final nail in the coffin of scripted series on broadcast TV just when some returning hits showed signs of life in the first days of the season.

As Deadline reported, HBO, Showtime and Starz would not be impacted by a potential IATSE strike as their contract expires at a different time.

That is ironic because HBO, the longtime Emmy leader, was toppled this year by Netflix, in part because some of its biggest contenders, like Succession and Barry, were delayed by the pandemic. Now a potential strike could help HBO with its biggest rivals, led by Netflix, unilaterally impacted this time.