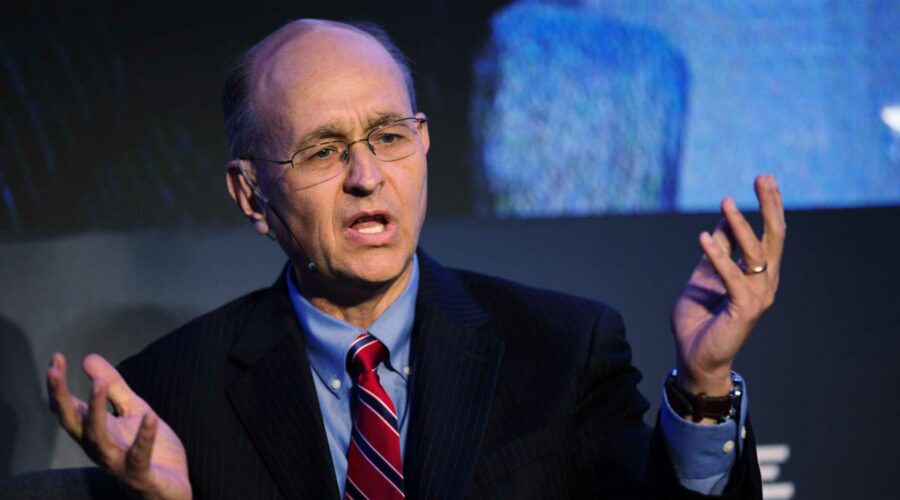 President Joe Biden on Thursday marks 100 days in office, a stretch so far characterized by big stimulus spending to haul the U.S. out of the Covid pandemic crisis. Biden will unveil more spending details about investments in education and child care at his address to Congress on Wednesday evening.

Markets so far have taken the trillion-plus price tag in stride. The S&P 500 has risen 10% since his inauguration.

"Markets are very focused on the stimulus associated with that $2 trillion and are much less focused on the price tag," Sheets told CNBC's "Trading Nation" on Tuesday.

"They expect that this stimulus coupled with the pent-up saving in the household sector and then trusting normalization of animal spirits as people are able to go back to more normal kinds of spending patterns that this is going to lead to a really strong pace of growth in the United States this year. Frankly, it wouldn't surprise me if we saw growth with a 7% handle in 2021, and the markets really like that," he said.

Sheets' estimate is more bullish than consensus. Analysts expect GDP to rise by 6.3% in 2021, according to FactSet estimates, a rebound from a decline of 3.5% in 2020.

Still, the Biden administration and the markets have their fair share of challenges ahead. Sheets says foreign policy, especially the U.S.' approach to China, remains a question mark and he believes the administration will have to "trace out a third way" to deal with issues such as intellectual property and unfair global trade practices.

Changes to capital gains taxes could also be a shock to the markets, says Sheets.

"That's really where the administration should tread very carefully. Capital gains have had lower tax rates for a generation as a way of incentivizing investment, business formation, and ultimately stronger growth in the economy. Now, I do think that there's scope to reevaluate, but I would hope and frankly I would expect that this is something that Congress will debate extensively," he said.

Biden is expected to hike capital gains taxes on people with more than $1 million in income, increasing the top rate to nearly 40% from 20%.

Inflation is already on investors' minds, but time will tell whether it will be a real threat, says Sheets.

"During the second half of this year, as we have this exceptionally strong GDP growth, we're likely to see some periods where aggregate demand outpaces aggregate supply and that there's some shortages and some bottlenecks and some price pressures associated with that," he said. "The key question for the economy and for the Fed and for the markets is what happens in 2022. How persistent are those price increases?"

Sheets predicts inflation will ease to 2% in 2021 and possibly drop below that level, which would indicate there is not a "sustained inflationary problem." The consumer price index rose 2.3% in March from a year earlier, according to the Department of Labor. The producer price index increased 4.2%, its largest year-over-year gain since September 2011.

28/04/2021 Business Comments Off on As Biden nears 100 days in office, an economist and former Obama official lays out market opportunities and challenges ahead
Markets