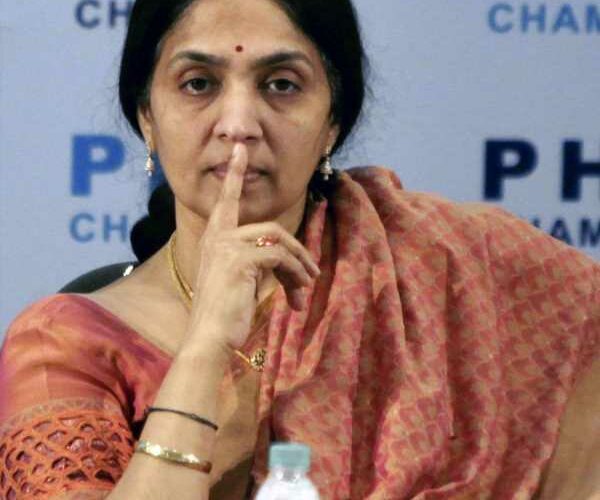 In 2015, a whistle-blower wrote to the Securities and Exchange Board of India stating that a co-location scam was going on in the National Stock Exchange, India’s largest bourse.

In his letter, the whistle-blower mentioned how some brokers were allowed access to NSE’s co-location facility by buying rack space for their servers, which allowed them to access NSE’s stock feeds milliseconds ahead of their competitors, thus getting an undue advantage over their competitors and earning a windfall in the process.

In 2016, a second letter by the whistle-blower informed Sebi of then NSE managing director Chitra Ramkrishna’s wrongdoing in appointing Anand Subramanian first as a consultant and later elevating him as group operating officer.

The whistle-blower alerted Sebi that Ramkrishna had bypassed NSE’s human resources department and raised Subramanian’s last salary, from Rs 15 lakh (Rs 1.5 million) drawn in his previous job at a Balmer Lawrie group company in Kolkata, to Rs 1.6 crore (Rs 16 million) per annum on joining the NSE in 2013.

Sebi swung into action and launched an investigation into both cases.

And last week, SEBI gave its order on the appointment of Anand Subramanian where it pointed out that that Chitra Ramkrishna was acting on behalf of an ‘unknown yogi’ apparently based in the Himalayas who she had met on the banks of the Ganga decades ago and who told her, via e-mail, to appoint Subramanian. This yogi, apparently, had no corporeal existence and could manifest at will.

Chitra also reportedly mailed this yogi confidential information pertaining to the NSE, and ran all important decisions past this mysterious person.

Since the Sebi report last week, all hell has broken loose, NSE has been caught defenceless over its many acts of commission and omission, and the tax department has raided both Ramkrishna and Subramanian. The Central Bureau of Investigation has launched a probe into the mess.

Syed Firdaus Ashraf/Rediff.com spoke to Shriram Subramanian, founder and managing director, Ingovern Research Services — which states that it is ‘India’s first independent corporate governance research and advisory firm which assists investors that have financial or reputation exposure to companies’ — about the murky goings-on at NSE which no one seems to have caught onto.

The co-location scam at NSE was going on since 2015. Don’t you think Sebi woke up very late to what is going on?

No, it is not like that because in 2019, Sebi had already imposed a fine on NSE (of Rs 625 crore) in the co-location scam. NSE has challenged that at the Securities and Appellate Tribunal which hearing is going on.

The investigation was very slow from Sebi’s side.

Now another order from Sebi has come and it shows that the NSE top bosses took the integrity of capital markets for granted which led to the co-location scam.

It also talks of the salary paid to Anand Subramanian to be very high and Chitra was sharing (confidential) information of the NSE to people outside the system. This compromised the integrity of the capital markets.

The order shows that both the managing directors, Chitra Ramkrishna and (her predecessor) Ravi Narain, took the NSE for granted, and that led to the co-location scam.

Sebi in its order says that Chitra Ramkrishna was communicating with this outsider, a yogi in the Himalayas, via e-mail but Sebi does not go further into identiing who this mysterious yogi is.

That is what the problem is. If Sebi lacked the capacity to investigate this unknown yogi, they should have taken the help of other agencies to investigate about the (whereabouts) of this yogi.

In Sebi’s order, they write that Ernst & Young believes that the third party, yogi, is actually Anand Subramanian himsel,f but Sebi does not believe this (theory).

Sebi should have got to this yogi — if at all there is a yogi — or else should have called other investigating agencies to find out.

By passing the order, it has kept the doors open and they arrive at a conclusion which is very flimsy and lets everyone off the hook.

According to me, this issue is related to national security because they were compromising the entire capital markets’s core infrastructure by leaking confidential information. Sebi only penalised Chitra Ramkrishna Rs 3 crore (Rs 30 million) which is nothing. (NOTE: Between 2013 and 2016 Chitra Ramkrishna earned Rs 44 crore/Rs 440 million as salary from NSE).

The Sebi order lets everyone off the hook in the NSE co-location scam.

Is it not possible that there could have been oversight by the NSE top bosses in not noticing that these brokers were targeting the backend servers to do co-location scam?

There was no oversight. There are records to prove (their) involvement.

Sebi in the co-location scam hired IIT Mumbai people, E&Y and Deloitte teams and these were the conclusions of third-party investigation teams.

They don’t say it was an oversight of NSE that was at fault. There were servers located close to (back-end servers) and there was complete knowledge about this to the top management of NSE.

It was a deliberate attempt to provide some preferred brokers access to market orders ahead of other capital market players knowingly.

Do you feel Chitra Ramkrishna and Anand Subramanian got away very lightly in this case?

Yes, they got away very lightly by saying there is a yogi whom she communicated with via e-mail who was not traceable.

Sebi has just done lessening of the gravity of the situation.

This was a security compromise of our largest stock exchange. What would have happened if the servers had come down? Or some confidential information leaked to terrorists who could have knocked out our capital market? Sensex could have crashed 50 percent in one day!

Sebi did not probe this yogi. What you read from Chitra’s testimony is that she is giving very vague answers about this yogi.

Sebi sitting across the table and asking questions to Chitra will not get the answers. It is like asking a thief, have you stolen? He will obviously say, I have not stolen. And Sebi believes this to pass an order that the thief has not stolen.

They have to figure out other methods to find (the yogi). Sebi has the powers to search and seize assets. They could have gone to Chitra’s house and taken her personal records. They have the power to do that.

Now the CBI is probing the yogi’s Seychelles visit in 2015 to find out if there is some hawala money involved. In one of the e-mails, the yogi writes to Chitra to keep her bags ready because he wants her to travel with him to Seychelles.

They are thinking of this angle now, but at the end of the day who is responsible for the integrity of our capital market? It is Sebi.

The finance ministry should have told them to take action (earlier). Now everything has blown out of proportion and the heat is on Sebi.

What should have happened in this kind of financial scam in the normal course? Should Chitra Ramkrishna have been arrested?

Firstly, the speed at which this case was investigated by the finance ministry and Sebi was very slow. And in the future too if something like this happens again, it will be a really sad state because this is core market infrastructure.

Who is this yogi in the NSE scam? Get to the bottom of it.

Do you feel that every Indian citizen has a right to know who this yogi is who was virtually running NSE from 2013-2016 when Chitra Ramkrishna was heading it, as she took all decisions only after his approval?

We should know who are the people who benefitted from this NSE co-location scam.

Why was this confidential information shared and with whom?

There could be someone involved in the finance ministry, too, who knows?

I as an investor in Indian stock markets will be very worried if this is the state of affairs of the management of the largest stock exchange of India.

And more importantly, Sebi has made a mockery of itself in the NSE co-location scam. They have shown themselves in poor light by giving their order.

22/02/2022 Business Comments Off on ‘Arrest Chitra, find others involved in NSE scam’
Markets