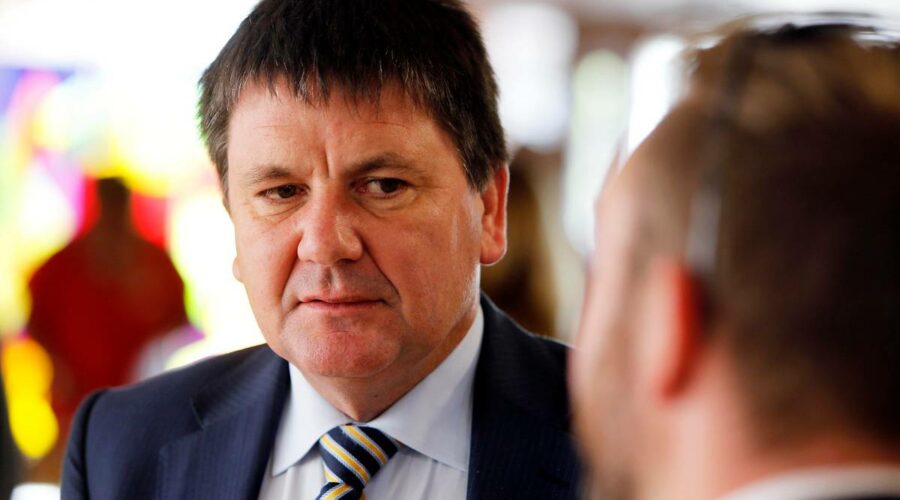 The number one question I get about any smart speaker I review: “Is it eavesdropping on me?”

That’s a valid fear. When you request anything from a smart speaker powered by Amazon’s Alexa or Google’s Home Assistant, it’s sent to their server’s in the cloud, and portions of it can be transcribed by humans as the two companies seek to improve their voice-recognitions (snippets of audio are encrypted during transit and anonymised, but can still contain revealing or intimate details. Both let you opt-out if you wade through settings).

Google and Amazon also log the data from any requests made and link them to your online accounts. This data can then be used to tailor the ads you see on websites, which also happens when you search for something on Google.com or amazon.com.

If you ask the Siri-powered Homepod mini to “add bananas, milk and underwear to my shopping list” you’re not going to be bombarded with underwear ads next time you surf the web – because, where possible, HomePod keeps a request on your home’s Wi-Fi network and on-device, as it adds the likes of a new reminder, note or calendar entry to your iPhone or iPad, or reads your messages.

That’s in keeping with a broader Apple push to now keep any Siri requests on-device and inside your home network, where possible – which we’ll see implemented more widely when iOS 15 is released later this year (and even if you don’t give a stuff about privacy, it means Siri will work without an internet connection).

And if a HomePod mini does need to poll Apple’s iCloud servers for an answer, it disassociates the request from your Apple ID – so Apple couldn’t sell your the information, even if it wanted to (which it doesn’t. “Personal information is not sold to advertisers or other organisations,” the company says in HomePod documentation).

Another safeguard: A Homepod won’t fill a personal request unless your iPhone or iPod is in the same room.

Like rivals, Apple will send selected chunks of humans to review if you opt-in to “make Siri better” – and the operative phrase here is very much “opt-in”.

Apple has recently riled its rivals with its latest campaign – tied to its iOS 14.5 and pending iOS 15 software upgrades for Apple iPhones and iPads – which demands that apps secure a user’s upfront, explicitly opt-in consent for ad tracking and other snooping.

CEO Tim Cook says he simply wants to do the right thing, and he’s gained strong backing from NZ Privacy Commissioner John Edwards (usually a critic of Big Tech) who has called Apple’s privacy push a “defining moment for the digital age”.

But it certainly doesn’t hurt that the likes of Google and Facebook make almost all of their money from ads – particularly targetted ads – while Apple earns the bulk of its revenue from hardware and selling content.

Anyhow, with that out of the way: how does the HomePod mini actually sound: To my ears, remarkably full-bodied and detailed for a device the size of a latte bowl (it’s just 8.4cm tall and 9.8cm wide). And, for a small room, a single speaker gives you all the volume you need. Like smart speakers, two Homepod minis can be played as a pair for a bigger sound.

Within the HomePod Mini’s spherical, mesh-covered frame is a single, Apple-designed full-range driver that fires sound downwards and out of the 360-degree waveguide around the bottom. The driver is held by a suspension system to reduce distortion, and it’s flanked by two passive radiators designed to help create a bigger, weightier sound. We are of course talking about a tiny driver, but the whole setup is powered by one of Apple’s most powerful chips, the S5, to finesse the audio with electronic smarts.

The Homepod mini has been out for several months overseas, and has generally topped or been top-equal in smart speaker roundups, in terms of audio quality.

Even the old-schoolers at What Hi-Fi liked it. “From the moment we start playing music, it’s clear that the HomePod Mini comfortably outperforms its size and price, quite frankly embarrassing its direct competition with the sophistication and maturity of its sound,” the audiophile magazine said as it delivered a five-star rating.

Music can be transferred from an iPhone to a HomePod mini by simple proximity. Similarly, the smart speaker will hand-off a podcast or track to your iPhone if you walk out the door.

If you’ve got multiple Homepod minis dotted around your house, you can use simple voice commands to move the audio with you from room to room, or enable every speaker in your home.

If you want to call the kids for dinner, your HomePod minis can be turned into a home intercom system.

The smart speaker integrates with Apple’s Home app, and if you’ve got Apple Homekit-capable accessories, you can use voice commands for the likes of setting the temperature on your heat pump, turning lights on or off or locking your front door – or a preset combination with a single voice command.

With only a modest amount of Homekit-compatible hardware available at present (Apple showcases some of it here), it’s mainly showroom stuff for now, but it’s a hint of our smart home future – and it helps that, in May, Apple, Amazon, Google and others agreed to develop devices that can be certified for a new home network standard called Matter, which will – if all goes to plan – allow smart home gadgets made by the rival Big Tech camps to work together.

And if you’ve got an Apple TV plugged into your telly, you can use two HomePod minis – one on either side of your television – to create a 360-degree soundstage. It’s a nifty alternative to lugging in a sound bar.

If you go searching, you’ll also see reviews of the larger, original HomePod released in 2018 that’s three times the size and three times the price. It never made it here. And, while it’s still for sale in some countries, and has got good notices, a rep for Apple said there won’t be another production run. The company is discontinuing it to concentrate on the Homepod mini.

You can make most of the same requests to a HomePod mini, via Siri, as you could from an iPhone or iPad – with the conspicuous exception that you can’t initiate a call from a HomePod Mini (although you can transfer one from your iPhone to the smart speaker once you’re on the call.

Another downside, if you’re a multi-brand household: HomePod Mini is designed to work with iPhones and iPads whereas Amazon and Google’s smart speakers work equally well with Android or Apple devices for most features.

And while Amazon’s Alexa-powered speakers have thousands of “skills” (audio apps), Apple’s HomePod mini is primarily focused on working with Apple’s own software. There are a handful of native apps, including iHeart Radio and Pandora, but if you’re a Spotify subscriber, you’ll need to stream that service to the HomePod mini from an Apple device – easy enough, but still an extra step.

A HomePod mini can be setup to recognise voices from up to six members of your household, and it’s just as good as Siri on an iPhone or iPad at handing the New Zilund accent (and as someone who mumbles like Barry Crump, I’ve found it fine – unlike Amazon’s Alexa, who frequently gives me the outlook for Oakland instead of Auckland when I ask “What’s the weather today”).

Like all smart speakers, voice commands can be used for volume or skipping around tracks, but there’s also the physical “+” and “-” buttons. You can also tap once to pause, if you’re not up for a voice command, or double-tap to go forward or (stay with me) triple-tap to go back a track.

The seamless fabric mesh finish (in white or grey) looks more sophisticated than rivals, to my eye, and the top of the Homepod mini lights up and fluctuates with colours when you hail “Hey, Siri”. A rubber base – a simple touch, but missing from most speakers – means you don’t get harsh bass if you place it on a hard surface. Overall, it’s a nice switch-up from the budget, basic finishes of other smart speakers.

If you’re in the Apple camp, then the HomePod mini is your drop-dead obvious smart speaker pick. If you’re Team Android, they’re worth a look.