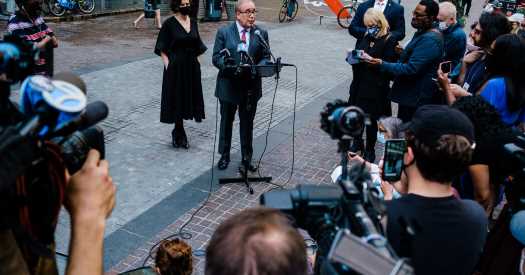 Handling a delicate allegation of sexual misconduct is a lot more challenging than covering a horse race. 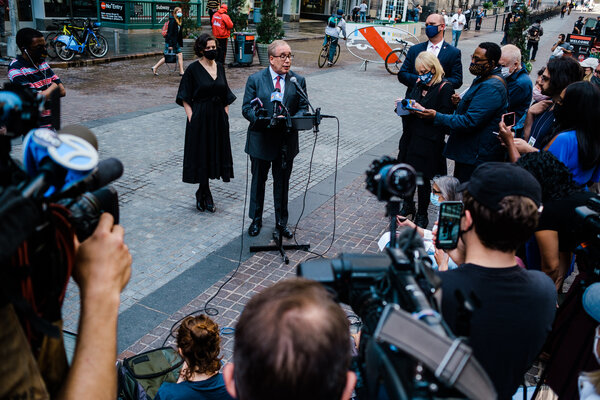 Two days after coming in fifth in the election night count of votes for New York mayor last week, Scott Stringer was sitting in a high-polish diner in TriBeCa, drinking his second bottle of Sprite and trying to figure out what had happened.

He held up his iPhone to show me a text message he had received on Election Day from one of the progressive elected officials who had endorsed him and then dropped him after a woman accused him of sexually assaulting her more than 20 years ago. In the text was a photograph of the official’s ranked-choice ballot. Mr. Stringer was ranked first.

“This profile in courage,” he began, half laughing. “You can’t make this up. Who does that?”

Mr. Stringer, the 61-year-old New York City comptroller, isn’t the only one trying to puzzle out what happened over a few days in April in the campaign. Mr. Stringer, a geeky fixture in Manhattan politics, had been among the leading candidates when the woman, Jean Kim, accused him of touching her without her consent in the back of taxis. Suddenly he, the media covering him, his supporters and Ms. Kim were all reckoning with big questions of truth, doubt, politics and corroboration.

The allegations against Mr. Stringer did not divide a nation, as Christine Blasey Ford’s accusations against Brett Kavanaugh did. Nor did his candidacy carry the kind of high national stakes that came with Tara Reade’s allegations against Joseph R. Biden Jr. last spring. But maybe for those reasons, Ms. Kim’s claim that Mr. Stringer assaulted her when she worked on his New York City public advocate campaign in 2001 offers an opportunity to ask how journalists, political actors and, most important, voters are supposed to weigh claims like Ms. Kim’s. They also raise the question of how and whether to draw a line between those claims and the ones that helped ignite the #MeToo movement.

As much as the exposure of police brutality has been driven by cellphone video, the #MeToo movement was powered by investigative journalism, and courageous victims who chose to speak to reporters. The movement reached critical mass with articles by Jodi Kantor and Megan Twohey of The New York Times and Ronan Farrow of The New Yorker on the movie producer Harvey Weinstein, which the Pulitzer Prize committee described as “explosive” revelations of “long-suppressed allegations of coercion, brutality and victim silencing.” Those stories and other notable sets of revelations — about the financier Jeffrey Epstein, the sports doctor Larry Nassar, the singer R. Kelly, the comedian Bill Cosby — drew power from rigorous reporting that helped develop new standards for covering what had long been dismissed as “he said, she said.”

Crucially, reporters honed the craft of corroboration, showing that an accuser had told a friend, a relative or a therapist at the time of the episode and that the accuser wasn’t simply relying on old memories. The reporters also looked for evidence that the accuser’s account was part of a pattern, ruling out a single misunderstanding.

Those technical aspects of the stories weren’t always widely understood. But the landmark investigations were, even in this divided moment, unifying. There was no serious partisan division over any of those men’s guilt because the journalistic evidence was simply so overwhelming. But not every allegation — and not every true allegation — can meet that standard. Not every victim is able to talk about it immediately; not every bad act is part of a pattern.

28/06/2021 Business Comments Off on An Accusation Blew Up a Campaign. The Media Didn’t Know What to Do.
Markets