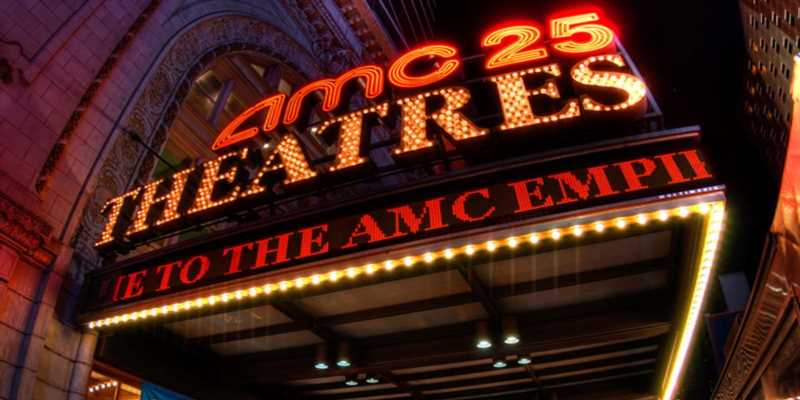 Movie theater chain AMC Entertainment has had a tumultuous ride since the pandemic began.

The company’s theaters temporarily closed, leading to a collapse in revenue and placing the chain on the verge of insolvency.

That’s when retail traders rallied behind AMC stock, sending the shares soaring in a bid to undermine sophisticated Wall Street investors who had bet on the stock to implode.

Now, with movie theaters reopened and moviegoers returning to see shows, there is some hope on the horizon. Yet the company’s financial situation remains rocky.

Still, the company’s stock is on a run, having more than tripled in the last month. The stock jumped nearly 30% on Wednesday alone and has surged roughly 1,700% in 2021.

Here’s what you need to know about what’s happening with AMC.

Why is AMC stock rising?

In short, because retailer traders are loosely organizing a bid via social media messaging boards to drive up the company’s shares.

In recent days, the stock has also gotten a boost from a promising box office performance for movies like “A Quiet Place 2” and “Cruella,” raising hopes that more Americans may return to theaters as the pandemic continues to subside.

Traders are also apparently emboldened by news that AMC raised more than $230 million by selling 8.5 million shares of its common stock to Mudrick Capital Management. That was followed by a Bloomberg report that Mudrick had already moved to sell its stake at a profit, viewing the company as overvalued.

Typically news of a company diluting its stock by issuing more shares, as well as news of a major shareholder offloading its stake, would be viewed as a bad sign. But the typical rules don’t necessarily apply here.

“The retail force behind this movement is still strong, so it is anyone’s guess how much larger this bubble can grow,” Oanda analyst Edward Moya wrote Tuesday in an analysis.

Is that also why GameStop stock rose?

Similar forces that have marshaled to drive up AMC shares are also at work in the GameStop saga.

Essentially, a coordinated group of retail traders grew upset at how hedge funds make money by betting that struggling companies’ stocks will decline in value. So they buy up the shares, driving the price up and forcing the hedge funds to suffer huge losses on their “shorts.”

In the latest development for GameStop, the company’s stock experienced a boost after Keith “Roaring Kitty” Gill, a major social media influencer, tweeted for the first time in more than a month.

What is a meme stock?

A meme stock is any publicly traded company that is benefiting from the forces described above – a band of ordinary investors who are using social media to drive interest in the company’s shares.

GameStop and AMC are the two most notable examples.

But there have been others that have also enjoyed some modest increases, such as Bed Bath & Beyond and BlackBerry.

Any stock that has benefited from traders organizing to boost it via the social messaging board Reddit. Again, GameStop and AMC are among these.

A subreddit (essentially a message board on Reddit dedicated to a specific topic) called WallStreetBets has been the focal point of much of the activity.

Should these stocks be part of your investment portfolio?

Every investor’s situation is different. But in general, you need to be ready to stomach extreme volatility if you invest in a meme stock. The up and down swings can be intense.

You can make a lot. Some have made a fortune. But you can also lose a lot, or even lose it all.

And it’s always critical to keep in mind that when a company’s underlying finances remain distressed, there can be a risk of collapse or even bankruptcy, which typically results in shareholders losing everything.

Has AMC turned a corner?

Those are some ugly numbers.

Yes, the most recent box-office results provided some hope. But the company remains challenged by Hollywood’s increasing willingness to put movies on streaming platforms like Netflix, Hulu, Disney+ and HBO Max.

The company warned last year that it might not survive.

“We see some indications of strong pent-up demand from movie goers ahead of what seems like a very strong film slate for this summer and through the holiday season,” said Tuna Amobi, a stock analyst with CFRA Research, in a May 26 report published before last weekend’s box-office results.

But with “Hollywood studios now looking to their own streaming platforms, we think AMC faces a steep uphill climb on the recovery path to a likely new normal that could compromise the theatrical window.”

You can follow USA TODAY reporter Nathan Bomey on Twitter @NathanBomey and subscribe to our free Daily Money newsletter here for personal finance tips and business news every Monday through Friday morning.

02/06/2021 Business Comments Off on AMC stock riding the meme stock wave: Should the movie theater chain be part of your investment portfolio?
Markets