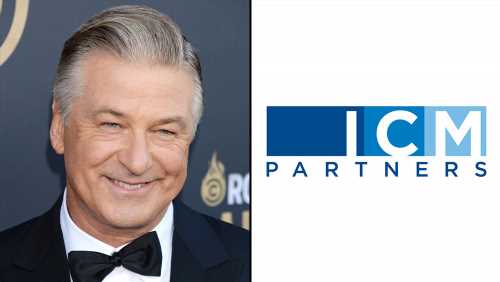 EXCLUSIVE: Alec Baldwin has inked with ICM Partners for representation in all areas.

The Amityville, NY native who is an alum of both NYU’s Tisch School of the Arts and The Actors Studios has starred in such features as Alan Hunley in the Tom Cruise Paramount franchise Mission: Impossible – Rogue Nation and Mission: Impossible – Fallout, which combined grossed $1.47 billion at the WW box office. Baldwin also made prominent cameo appearances in the Oscar winning film BlacKkKlansman and Edward Norton’s directorial noir Motherless Brooklyn. Other notable, iconic films include Beetlejuice, Working Girl, The Hunt For Red October, Glengarry Glen Ross, Pearl Harbor, The Edge, It’s Complicated and The Cooler, for which he was nominated for an Academy Award, a Golden Globe, and a Screen Actors Guild Award.

He is well known for his starring role as Jack Donaghy on NBC’s long-running hit comedy series 30 Rock, for which Baldwin received two Emmy Awards, three Golden Globe awards and seven consecutive Screen Actors Guild Awards (the most for any actor). In 2017, he won his third Emmy for his portrayal of President Donald Trump on Saturday Night Live, a role he continued regularly until 2020.

Baldwin has appeared consistently on stage, starring on Broadway in a revival of A Streetcar Named Desire, for which he received a Tony Award nomination for Best Actor. He also starred in the Broadway revival of Twentieth Century, and at The Public Theater he played the title role in Macbeth. In 2005 Baldwin appeared in a concert version of the Rodgers and Hammerstein musical South Pacific at Carnegie Hall and in Orphans on Broadway in 2013. He has performed in 2010’s Equus and 2015’s All My Sons at Guild Hall in East Hampton, where he lives with his wife Hilaria and their six children.

In 2011, Baldwin began hosting Here’s The Thing, a podcast and radio show that airs on iHeart radio. Since its premiere, he has interviewed 200 artists, policy makers and cultural icons. He is the author of three books: A Promise to Ourselves, his memoir Nevertheless and the Trump parody presidential memoir You Can’t Spell America Without Me written with Kurt Andersen.