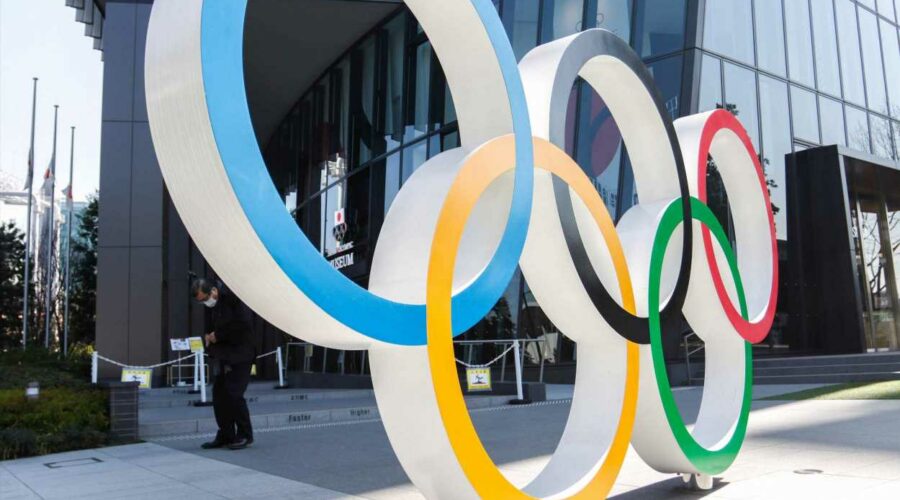 Japan is working closely with the International Olympic Committee to prepare for the Games and despite concerns about Covid-19 cases flaring, there are no plans to postpone, said Japan's minister in charge of vaccinations.

"Unless they decide otherwise, we just simply need to prepare for the Games, how to control the situation. I think it changes almost every day, so they need to be prepared for that. But I don't think they are thinking about postponing it," Taro Kono told CNBC's Martin Soong on Wednesday.

The Olympic torch was taken off the public streets of Osaka on Wednesday as the prefecture declared a state of emergency after coronavirus cases reached record highs.

"Yes, (the) situation in Osaka is especially worrying," said Kono, who is also minister of regulatory reform. A new virus variant similar to the one first discovered in the U.K. is "quickly spreading" in Osaka, he added.

"We have identified a similar mutation in Tokyo, so we are worried (that) Tokyo may follow Osaka in a couple of weeks. So we really need to be paying attention to the situation," he said.

Osaka's population is much smaller than Tokyo's, but the city reported 878 new cases on April 7, compared to 555 in Tokyo on the same day.

The Summer Olympics are due to kick off officially in Tokyo on July 23, a little more than 100 days away. They were delayed last year due to the coronavirus pandemic.

Still, the Games will be very much scaled back compared to previous years, as international spectators have been barred from entering the country due to concerns about over Covid-19.

"Well, unfortunately, we may not have so many spectators watching the game at the stadium but most of the people are going to be watching on television anyway," Kono said.

Japan is set to vaccinate the country's senior citizens from Monday, moving into the next stage of its vaccine rollout that has been hampered by delays in vaccine deliveries.

Less than 1% of the population has been vaccinated so far, according to Kono — but he's hopeful that inoculations will move into full swing in mid-May when vaccines from the European Union arrive.

"Unfortunately, we have not been able to develop a vaccine domestically, and we need to rely on import of (the) vaccine coming from EU," Kono said. "Right now, we have authorized the Pfizer vaccine and it's going to start for the senior citizens next Monday."

He said the vaccine developed by the University of Oxford and AstraZeneca will be "very important" because it is going to be manufactured in Japan, which would cut out some negotiations.

His interview took place hours before the medicine regulators in the EU and the U.K. announced Wednesday that there could be a possible link between the AstraZeneca-Oxford vaccine and rare blood clotting issues. Both regulators, however, pointed out that the benefits of getting the vaccine still outweigh the risks.

"The biggest headache for me is to go through (the) EU transparency mechanism," Kono said, referring to a measure that allows European Union member states to impose restrictions on vaccine exports.

"If we have (a) domestic vaccine or domestically produced vaccine … more than half of my headache (would be) gone," he said.

Asked if his handling of Japan's coronavirus outbreak could affect his chances of being the next prime minister, Kono was dismissive.

"My job is to get the vaccine coming to Japan from Europe, and (to) get as many people as possible vaccinated," he said. "You don't have to think about the premiership. You just have to do your job, to protect the (lives) of the people."

08/04/2021 Business Comments Off on Ahead of the Olympics, Japan's vaccine minister says he fears a virus uptick in Tokyo
Markets