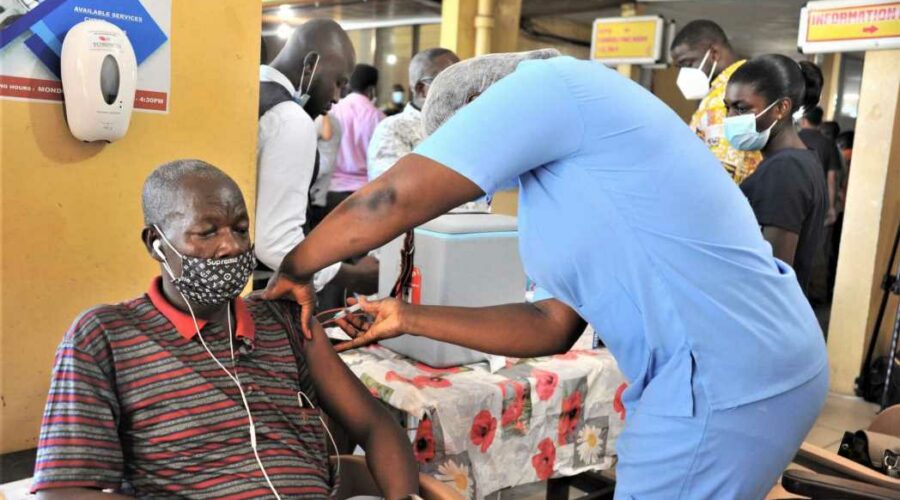 Africa needs at least 20 million doses of AstraZeneca's Covid-19 vaccine within the next six weeks to get the second round of shots to people who've already received the first, the World Health Organization said.

Data shows that one dose of the AstraZeneca vaccine is 70% effective for at least 12 weeks, but the second dose provides 81% protection against Covid for an extended time, according to the WHO. Antibodies have been observed in the body up to six months after one dose.

For the continent to vaccinate at least 10% of its population by September, another 200 million doses of any cleared Covid-19 vaccine is urgently needed, the WHO said.

As of Thursday, 28 million Covid-19 doses from different drugmakers have been administered in Africa, which has almost 1.4 billion people, representing less than two doses per 100 people on the continent. By comparison, the U.S. has administered more than 165 million doses to almost half of the U.S. population, according to the Centers for Disease Control and Prevention.

"Africa needs vaccines now. Any pause in our vaccination campaigns will lead to lost lives and lost hope," said Dr. Matshidiso Moeti, WHO Regional Director for Africa. "We urgently appeal to countries that have vaccinated their high-risk groups to speed up the dose-sharing to fully protect the most vulnerable people."

France pledged to share half a million doses with six African countries in the next few weeks, and has already sent 31,000 doses to Mauritania. Another 74,400 doses are set to be shipped out soon, the WHO said.

The European Union said it will send 100 million doses to low-income countries by the end of 2021 and the United States has pledged 80 million doses. Other countries around the world have also expressed interest in sharing doses. Countries in Africa that are not using all of their doses are also sharing them with other countries on the continent, according to the WHO.

Redistributing vaccine doses, while helpful, is expensive. The WHO says that Africa must boost its manufacturing capacity for vaccines.

"Intellectual Property waivers are a crucial first step but must come alongside the sharing of expertise and critical technologies," the WHO wrote in a press release.

In Africa, 54 countries are included in a more than 100-country effort by the WHO to present a draft resolution to the World Health Assembly. The resolution is meant to "strengthen local production, promote technology transfers and innovation, and consider the agreement on Trade-Related Aspects of Intellectual Property Rights and intellectual property rights through the lens of boosting local production," according to the WHO.

About 40 African countries have also joined a WHO training to build manufacturing capacity and WHO says it is also working with the African Union on a plan to support feasibility studies and technology transfers upon request.

"It's too soon to tell if Africa is on the cusp of a third wave. However, we know that cases are rising, and the clock is ticking," Moeti said.

27/05/2021 Business Comments Off on Africa needs at least 20 million Covid vaccine doses in the next six weeks, WHO says
Markets