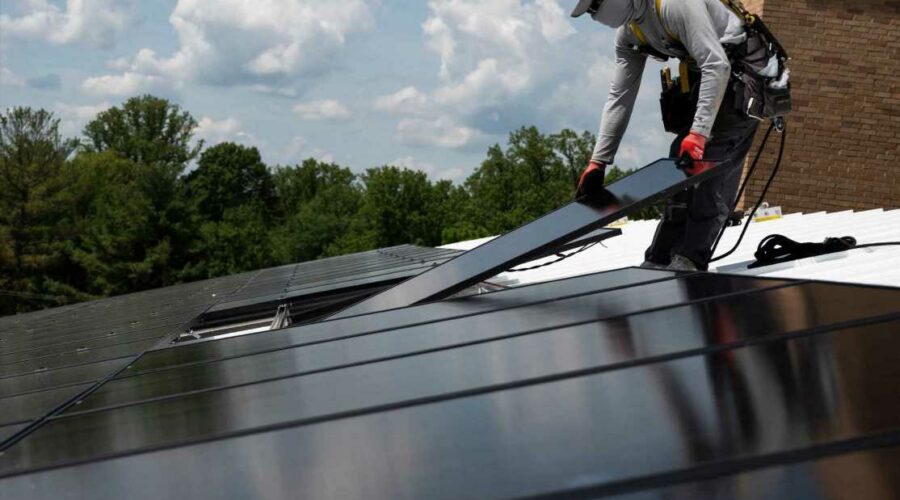 Ramping up investment in policies and technologies to tackle climate change could play a significant role in the global economy's recovery from the coronavirus pandemic.

In a recent note, Charles Dumas, chief economist at U.K.-based investment research firm TS Lombard, said that action on climate change is often criticized as moving too slowly. However, with governments increasing spending to aid their post-Covid economies, they may start catching up.

A key tenet of this is the ever-decreasing cost of electricity per megawatt hour, according to figures from TS Lombard, with costs of solar, offshore and onshore wind dropping over the last 10 years, while gas and coal have remained largely the same.

"Effectively by 2030 the cost of renewable electricity is going to be half that of coal and gas sourced electricity," Dumas told CNBC.

These trends will bring many of the various pledges to reach net zero more closely in sight.

The fatal floods in Germany in recent weeks have put the impacts of climate change firmly in the spotlight again but they are only the latest in a series of devastating extreme weather events of late, including the sprawling wildfires in Oregon.

Amid this backdrop, the United Nations Climate Change Conference, better known as COP26, will meet in Glasgow in November. It will mark one of the most significant multilateral meetings on climate since the Paris agreement.

Dumas said that as COP26 approaches, governments need to understand their key priorities, and among them should be infrastructure investments as numerous technological and engineering challenges continue to obstruct renewable energy.

"I think the intermittency problem is pretty serious and it's not just that the sun goes down at night," Dumas said.

In the case of solar power, output can be mixed depending on the location of infrastructure like solar farms.

"There's huge variation with sunny days in winter and sunny days in the middle of summer so the intermittency takes on a very big seasonal aspect," Dumas said.

"You can have vicious weather for a long time in the middle of December or January and lo and behold you wouldn't want to be depending on solar power."

Energy transmission could be another bottleneck, he said. While the developing world, including several African nations, has great potential in developing sites for generating solar power, that power needs to move easily.

"The issue of transmission technology is really major. If you want Chad to be the new Saudi Arabia, because of the Sahara Desert there's a lot of sun there, but you want the electricity to be used in Europe then you're talking about some expensive processes and processes needing a lot of research and a lot of further investment."

Storage and carbon capture are all areas that require hefty investment, Dumas added, if governments are to reach their net-zero targets.

"What we need is a very clear public policy lead in order to get anywhere near these net zero promises and I suspect that actually what it's going to be about is a carbon tax, which the Americans may resist but will be necessary," he said.

Paul Steele, chief economist at an independent policy research institute called the International Institute for Environment and Development, said that climate action and renewable energy investments will serve the dual purpose of tackling the climate crisis while creating jobs for the post-Covid economy.

One example, he said, was the retrofitting of boilers in homes in the U.K., which would help push the country toward its climate targets and create new jobs while being relatively inexpensive in the grand scheme of things.

The rising cost of natural gas is boosting these stocks

Steele said that investments to drive a climate-friendly economy cannot be short term or have quick goals.

He pointed to the various government support schemes for the airline industry, which has been battered by the pandemic. Just this week, the European courts gave the nod to a $2.9 billion bailout for Air France-KLM's Dutch business.

Bailout funds like these should be tied to sustainability commitments by the airline industry, he said, but that can be a dicey proposition to get over the line.

"Governments aren't making the connections enough and traditionally treasuries and particularly the ministries of transport are still dominated by road building lobbies and people who like to build highways and increase transport rather than people who want to invest in sustainable alternatives."

26/07/2021 Business Comments Off on Action on climate change can provide a shot in the arm for the global economy, economist says
Markets