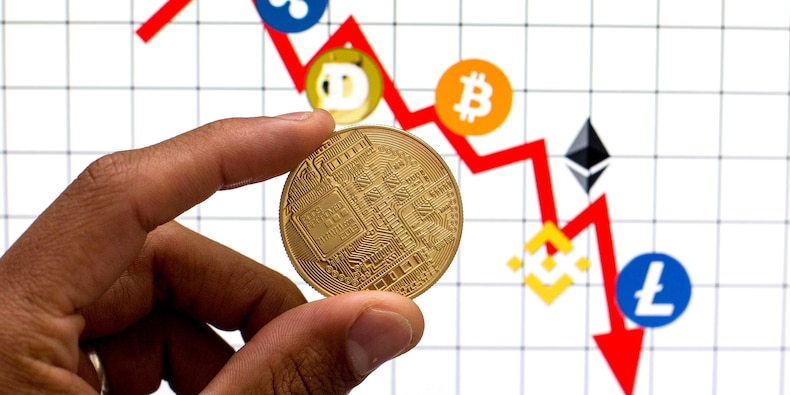 The pandemic has made cryptocurrencies more attractive, according to a recent survey from the Economist Intelligence Unit . As more people stayed indoors to curb the spread of the virus, they found themselves with more time on their hands, while flush with multiple rounds of stimulus money from the government.

Data from the Economist Intelligence Unit showed 46% of people surveyed found the case for owing cryptocurrencies more compelling due to covid-19.

"It's a function of continued demand across both retail and institutions," Mathew McDermott, managing director and global head of digital assets at Goldman Sachs, was quoted saying in the study.

He added: "Given the huge amount of stimulus we're seeing across countries because of covid-19 and low-interest rates, it's the right place at the right time for companies to offer the ability for people to buy, hold, and use digital currencies and have digital wallets."

The first part of the study surveyed 3,053 people in February and March from developed economies – US, UK, France, South Korea, Australia, and Singapore – as well as developing countries including Brazil, Turkey, Vietnam, South Africa, and the Philippines.

All respondents had bought a product or service within the past 12 months using some kind of digital payment.

However, despite an openness to digital currencies, the study found that 51% cited the lack of knowledge as the main barrier towards greater adoption. Following this obstacle are security concerns at 34% and difficulties knowing where to buy cryptocurrencies at 29%. 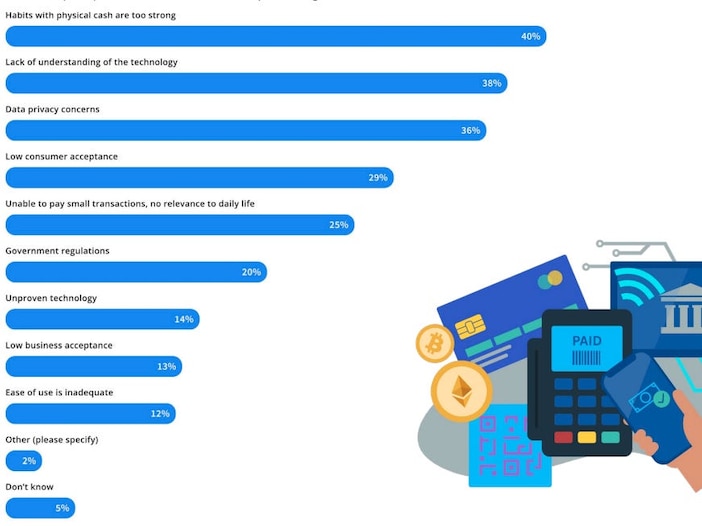 The second part of the study surveyed 200 institutional investors and corporate treasury officials from February to April. About a third were US-based while the rest were spread across Australia, China, France, Germany, Singapore, and the UK.

All respondents were familiar with their organization's investment decision-making processes. 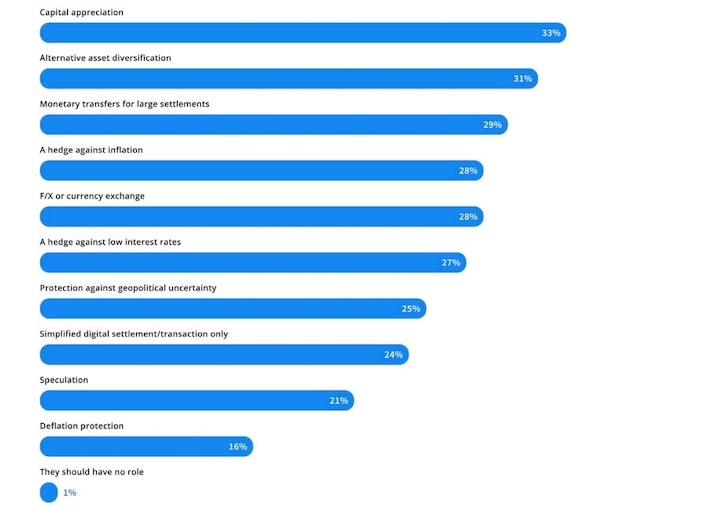 "A lot of experts will tell you that bitcoin has a role to play as part of a diversified portfolio," Henri Arslanian, the crypto leader at PwC, said in the study.

He continued: "Despite the volatility, bitcoin can be a hedge potentially against inflation, against currency devaluation, and that's something that a lot of people are looking at."

Cryptocurrencies have struggled since bitcoin peaked at the time of Coinbase's listing on April 14. Extreme volatility in the past two weeks has slashed bitcoin's market cap nearly in half.

Still, many remain bullish on the space.

"Our clients want to get exposure to bitcoin and increasingly more different cryptocurrencies, like ether," McDermott of Goldman Sachs was quoted saying in the study. "It's still a very nascent market but we are looking at different ways to facilitate client appetite to get exposure in a way that's compliant from a regulatory perspective."

30/05/2021 Business Comments Off on A survey shows that the pandemic has made cryptocurrencies more attractive to investors, but the biggest barrier to entry is a lack of knowledge | Currency News | Financial and Business News
Markets