Delhi (CNN)Her hair was cut off and her face painted black before she was paraded into the street where some people in a cheering crowd called for her to be raped.

But perhaps the most shocking aspect of the attack in a Delhi neighborhood last month is that video shared on social media shows that most of the baying mob were women.
At least 12 people have been arrested by the Delhi police, eight of whom are women. Two are minors. Police have not brought charges over the incident, but they say the 20-year-old victim of the January 26 attack was abducted and physically and sexually assaulted.
The alleged involvement of women has touched a nerve in a country that has long struggled to address gender violence. Activists say the case demonstrates the scale of internalized misogyny in India, where women are taught to uphold patriarchal structures. They fear violence against women will worsen as support grows for right-wing extremist political groups that foster traditional, patriarchal values. 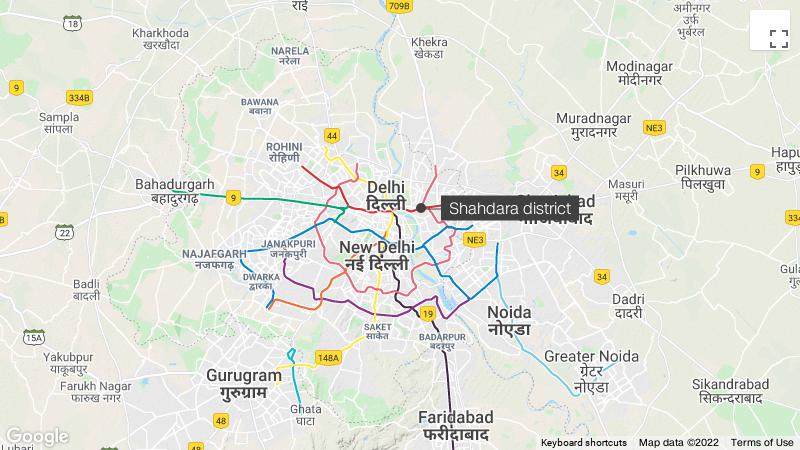 Though many Indians were shocked that women would allegedly incite rape, others say it’s not surprising in a country with strong patriarchal values.
Ten years ago, lawyer Seema Kushwaha represented “Nirbhaya,” a 23-year-old student who died after being gang-raped on a Delhi bus in 2012. Outrage led to stronger rape laws, but activists say those have had little impact in stemming the level of sexual violence in India, which was ranked the most dangerous place in the world to be a woman in a 2018 Thompson Reuters Foundation survey of experts on women’s issues.

I couldn't believe no one in the neighborhood spoke up or tried to help, they only cheered.

Kushwaha says the problem persists because of societal issues — and those are harder to change.
She says in patriarchal societies women are taught that they’re ultimately to blame for any wrongdoing — and last month, those deep beliefs played out on the streets of Delhi, when women allegedly ganged up on one of their own.
“If fighting crimes against women is a fight of the female gender, women should have supported the girl…but they did not do that. They instead beat her up because it has been ingrained in them that whatever men do, it is women who are responsible,” she said.
In families, mothers-in-law often curtail the freedoms of a new bride. In public, it is often women who police other women’s actions or way of dressing.
The attack in Shahdara is an extreme iteration of that, Kushwaha said, where women allegedly resorted to cruelty against another woman to avenge the alleged suicide of a teenage boy.
According to data from India’s National Crime Records Bureau, crimes against women were 20% higher in 2020 compared to 2013 — the last year before the ruling Bhartiya Janta Party (BJP) came to power. However, those statistics likely don’t capture the whole picture — as in other countries, rape is often underreported, and an increase in reported rapes could reflect a growing awareness about reporting sexual violence. 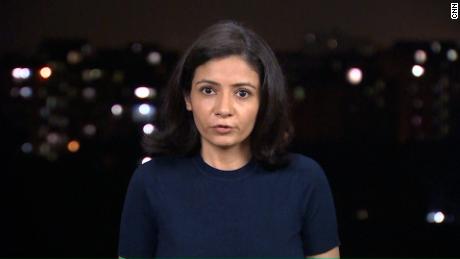 Kushwaha — who has recently been appointed the spokesperson of Bahujan Samaj Party (BSP) which was formed to represent caste minorities — says that while no government can be singularly blamed for the violence against women in India, the rise of right-wing ideologies in the country threatens women’s safety and security.
CNN has reached out to the Indian government’s Ministry of Women and Child Development for comment about the rising number of attacks on women but has not received a response.
In a statement to the upper house of parliament last February, the Ministry of Women and Child development said a number of initiatives had been taken by the central government to address women’s safety, such as strengthening legislation. But it added that state governments are responsible for law and order and safety of citizens. However, police in the national capital territory of Delhi report to the central government.
Aarti said this was not the first time the alleged perpetrators had targeted her sister. They had been harassing them for weeks, showing up to their homes and hurling abuse off and on since the boy’s suicide in November, she said. 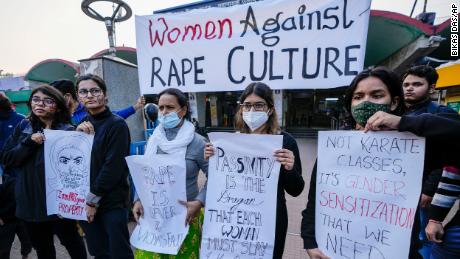 A week before the attack Aarti said she filed a police complaint against the alleged perpetrators after they allegedly set fire to her father’s autorickshaw, which he rented out for income because he is paralyzed.
When asked to comment on the complaint, deputy police commissioner Sathiyasundaram did not respond.
Sathiyasundaram also declined to share any information on the alleged perpetrators’ motive for committing the crime, saying that it was “under investigation.”
Pragya Lodha, a clinical psychologist with MINDS Foundation, a mental health non-profit, said if it was true that the woman was attacked because of the teenage boy’s suicide, it reflects the lack of awareness about mental health.
“There is no direct cause and effect when it comes to suicide…it is rare that mere rejection has led to suicide,” she said.

There is no direct cause and effect when it comes to suicide…it is rare that mere rejection has led to suicide.

Delhi authorities have indicated they want the case resolved quickly.
Delhi police have set up a 10-member special investigative team and Delhi’s chief minister Arvind Kejriwal said the government will hire the victim a “good lawyer” and fast-track the case.
“That’s a start but a lot more needs to be done…I’m going to be keeping a tab on this case because I want the investigation to be completed in a very short span of time,” Delhi Commission of Women’s Maliwal said. She said a prompt investigation would spare the victim more pain.
A fast resolution would be in stark contrast to the majority of rape case in India. According to Kushwaha, the lawyer, it often takes a year or more for rape complaints to be registered and investigated, despite Indian law requiring rape case investigations to be completed within two months.
Cases can take years to go through court, and many alleged perpetrators are out on bail while they wait for the result — sending the message that the law can’t do anything to stop them, according to Kushwaha.
And even after all that, fewer than half of rape complaints that make it to trial lead to a conviction. For example, in 2020 only four in 10 cases ended in a guilty verdict, according to the latest statistics from the National Crime Records Bureau. 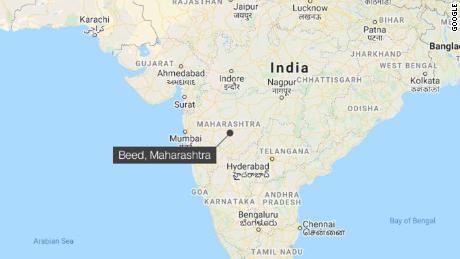 16-year-old girl said she was raped hundreds of times

“Even when convictions happen, they happen in 10 to 15 years,” said Kushwaha, the lawyer.
Maliwal, from the Delhi Commission of Women, says part of the problem is the lack of fast-track courts to deal with rape cases.
In 2019, the central government approved a plan to open 1,023 fast-track courts across India to help clear a backlog of rape cases and sexual offenses against minors.
However, according to data submitted by the minister of Law and Justice in the upper house of parliament in December 2021, only 681 such courts had been established.
Apart from law, there also needs to be a focus on education, with children in all schools having access to sex education and gender studies, said Kushwaha. Violence against women will only abate if India’s patriarchal culture changes to create a more equal society, she added.
For more than a week, police have been guarding both ends of the street where the attack took place. People slow down as they pass and attempt to peer in.
Aarti is still living at her family home, yards from the house where her sister was attacked, on the same street where she was paraded and mocked.
“I’m not going anywhere; I can’t afford to,” said Aarti.

06/06/2022 Business Comments Off on A series of images taken from a video being circulated on social media show a 20-year-old woman paraded down the street after being physically and sexually assaulted. The video was blurred by the source.
Markets