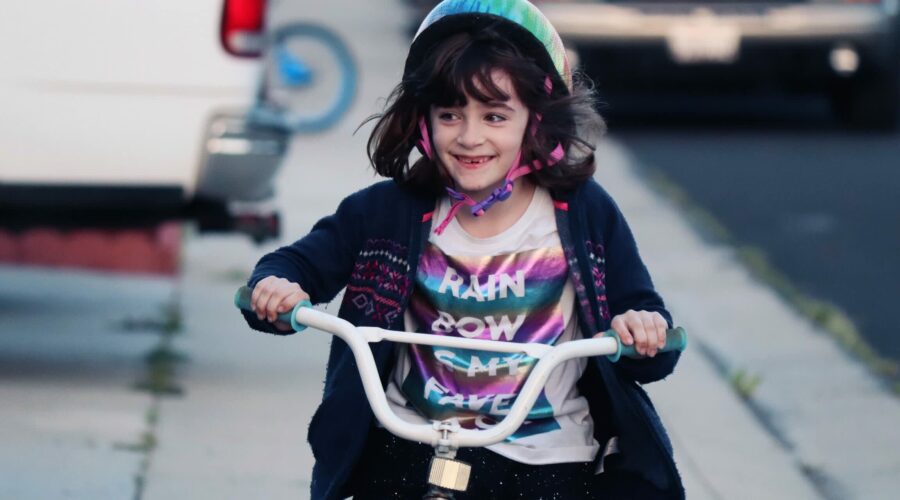 As a psychotherapist, one of the most common questions parents ask me is: What are the key strengths I should be teaching my kids?

There are several, but the type that will really help them become their best selves and get through life's toughest challenges is mental strength.

Mental strength requires you to pay attention to three things: the way you think, feel and act. Thinking big, feeling good and acting brave pushes helps us grow our mental muscles. Of course, it takes practice, patience and constant reinforcement to get to a point where you'll do these things naturally.

But I've seen many young people successfully achieve it over time. Here are seven things mentally strong kids always do, and how to help your kids get there if they haven't already:

If your kid says, "My friend got a higher score on the quiz, which makes me feel bad about myself," they're essentially giving someone else power over their emotions.

But kids who feel empowered don't depend on other people to feel good. They choose, for example, to be in a bright mood even when someone else is having a bad day or tries to take their anger out on them.

Create catchphrases: Work with your kid to come up with phrases that they can repeat to themselves. Use words that show they are in charge of how they think, feel and behave — regardless of how those around them are doing.

This will help drown out the negative voices in their head that try to convince them they lack the potential to succeed. The most effective catchphrases are short and easy to remember:

2. They adapt to change

Whether it's moving to a new school or not being able to play with friends during the pandemic, change is tough. Your kid might miss the way things used to be or worry that what's happening might make their life worse.

But mentally strong kids understand that change can help them grow into an even stronger person, even though it might not feel that way at first.

Name your emotions: Change feels uncomfortable. But just putting a name to your feelings can lessen the sting of these emotions.

Unfortunately, most of us don't spend enough time thinking about how we feel. In fact, even as adults, we tend to put more energy into fighting our emotions.

So when your kid is faced with a major change, have them talk elaborately about how they're feeling. More importantly, help them find — and define — the right words to describe it (e.g., sad, happy, frustrated, nervous, eager).

3. They know when to say no

Everyone struggles to speak up, say no, or express their feelings once in a while. But depending on the situation, choosing not to say yes makes you stronger.

Kids often struggle to say no because it can feel awkward and weird. By finding the courage to do it more often, however, they'll find that it gets easier over time. It also reduces the stress of having to commit to things they don't want to do.

Try the "give up" test: When your kid is faced with a decision to say yes or no, ask them what they will have to give up if they say yes. For example, saying yes to a playdate at a friend's house might mean giving up time spent with siblings.

Help them find the courage to say no by coming up with polite ways to turn someone down:

4. They own their mistakes

Kids are often tempted to hide their mistakes because they don't want to get in trouble. Maybe they forgot to do their homework or accidentally broke an expensive vase.

Owning your mistakes helps you build character. Kids who are brave enough to practice this recognize what they did wrong, and mentally prepare themselves to fully admit to what they did.

They also apologize and find ways to avoid making the same mistake again.

Create an environment for success: If your kid is disorganized, they probably have a hard time remembering all their assignments. Or if their room is filled with tons of treats, they might not be able to resist eating too much sugar.

When your kid makes a mistake, remind them that they can change their environment in a way that will prevent them from making the same mistake twice.

For example, they can write down assignments as soon as they receive them, or remove all unhealthy snacks so they're not within easy reach.

5. They celebrate other people's successes

It's normal for kids to feel jealous when their friends get a new toy, for example, or when the other team wins another game.

But feeling negatively towards other people only hurts them, and not the other party. Encourage your kid to cheer people on when they do a good job.

Mentally strong kids are supportive of their peers, and they focus on performing their best without worrying about how everyone else is doing.

Act like the person you want to be: Have your kid come up with a list of traits they admire. Maybe they want to be more confident like their sister, or optimistic like their teacher. Encourage them to act as if they already possess those traits.

This doesn't mean they should be someone they're not. It simply means putting their best foot forward. When we feel good about ourselves, it's easier to celebrate other people's successes.

Failure hurts — it can feel embarrassing, disappointing and frustrating. But the most accomplished people reached their goals by failing along the way.

Kids who do well later in life focus their attention on what went wrong and how they could fix it. They have growth mindsets that help them turn failures into positive learning experiences.

Remember successful people who failed: Experts have found that kids actually perform better when they learn that many success stories began with failure.

The next time your kid feels down because they feel they've failed at something, educate them about people who made similar mistakes, like Thomas Edison. Edison helped invent the lightbulb, in addition to many other great things. But he also had more than 1,000 inventions that didn't work.

This will give your kid confidence, and they'll know that one poor grade, for example, doesn't mean they're bad at science.

When it takes a while to reach a goal, or when you don't feel like putting in the hard work to succeed, your brain might try to convince you to give up.

Mentally strong kids who persist will continue to work hard even when they don't feel like it. Often, they eventually succeed and discover that they're stronger than they initially thought.

Write a letter: Have your kid write a letter — filled with words of kindness and encouragement — to themselves.

It can be a long note, or a short and simple one that says: "I know things are tough, but you can do this because you've achieved challenging goals before. And you can do it again."

Each time they feel tempted to give up, tell them to go back to that letter. It will motivate them to push forward and persist.

Amy Morin is a psychotherapist, editor-in-chief of Verywell Mind, and host of The Verywell Mind Podcast. She is the author of the best-selling book "13 Things Mentally Strong People Don't Do," and the upcoming book "13 Things Strong Kids Do: Think Big, Feel Good, Act Brave." Her TEDx talk "The Secret of Becoming Mentally Strong" is one of the most viewed talks of all time.