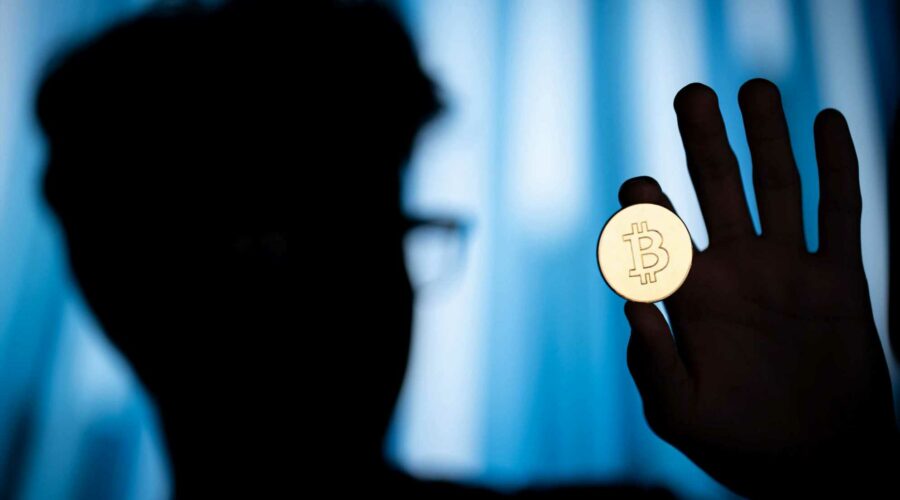 2021 was a wild year for cryptocurrency. Despite bitcoin's recent plunge, for example, its price has still risen by more than 70% in the past 52 weeks.

More important, bitcoin and other cryptocurrencies have made tremendous strides, not just in valuation — today the cryptocurrency market capitalization is estimated at $2.5 trillion, more than double a year ago — but also in growing acceptance.

One midyear survey estimated that there were 221 million cryptocurrency holders, more than twice the number in January. And this year, El Salvador declared Bitcoin to be legal tender, and several countries including the U.S. have issued some form of Bitcoin-based ETFs.

At the same time, we also saw severe backlash against cryptocurrencies. China has been among the most explicit countries in cracking down, both evicting crypto miners and banning most cryptocurrency transactions for its billion-plus citizens. India is considering similar measures.

And even where governments are not inclined to ban crypto, 2021 has been a year of skepticism about the energy drain, and thus climate impact, that crypto potentially creates.

Given these conflicting signals, what does the new year hold? As editor of fintech newsletter FIN, here are what I see as the crucial crypto trends in 2022:

We will see further advances in mainstream cryptocurrency adoption. They may not always take the form of legal tender, but financial institutions will increasingly embrace cryptocurrency because customers are demanding that it be part of their portfolio. Many banks and financial service companies will make working with crypto a way to entice and retain customers.

2. Expansion in secondary or derivative markets

In February, Canada's Purpose Investments launched what it claims to have been the world's first bitcoin-based ETFs. Less than a year later, it has some $1.4 billion under management.

There's no reason this can't be duplicated 10 or 100 times in markets outside the U.S. And although it's been reluctant to do so, the Securities and Exchange Commission could approve a bitcoin or crypto ETF in 2022.

Individual investors are also increasingly likely to realize that they can build profit in a crypto portfolio, despite the risks, and borrow against it, extending the crypto ecosystem.

3. The Ethereum war will go on

A fascinating competition has developed in recent months between crypto-titan Ethereum and several crypto blockchains that present themselves as faster and cheaper.

The argument might not resolve itself in 2022, but savvy investors are likely to balance their portfolios to play it safe.

4. The end of Big Tech competition, for now

2021 has been a year of remarkable retreat by tech behemoths that once dreamed of crypto domination.

Meta, formerly known as Facebook, has dragged its feet for years about their digital currency, now called Diem. The recent departure of Meta's head of cryptocurrency David Marcus all but guarantees that even if Diem makes it out of the starting gate, it will be irrelevant.

This departure follows Google's announcement in October that it will not pursue its ambitious plans for a full-blown payment and banking service. The departure of humbled tech companies should represent a growth opportunity for existing cryptocurrencies and stablecoins.

It's confusing, but the more the world wants crypto, the more certain governments want to crack down on it.

Technologically, banning crypto is all but impossible, but governments can make it very hard for citizens to trade (by denying licenses to exchanges, for example). In the U.S. and Europe, expect more scrutiny about the climate impact of cryptocurrency mining.

6. Volatile growth for the biggest coins

Sometimes the crypto rollercoaster can distract from the fact that, overall, market for the largest coins was way up in 2021. There's no obvious reason to think that pattern will change in 2022.

Bill Barhydt, CEO of crypto exchange Abra and a noted bitcoin bull, says bitcoin could hit $100,000 in 2022. That's ambitious but hardly insane. What investors and would-be investors need to accept is that it could also drop another 20% on its long journey to that height.

James Ledbetter is the editor and publisher of the fintech newsletter FIN, and the former editor-in-chief of Inc. Follow him on Twitter @jledbetter.