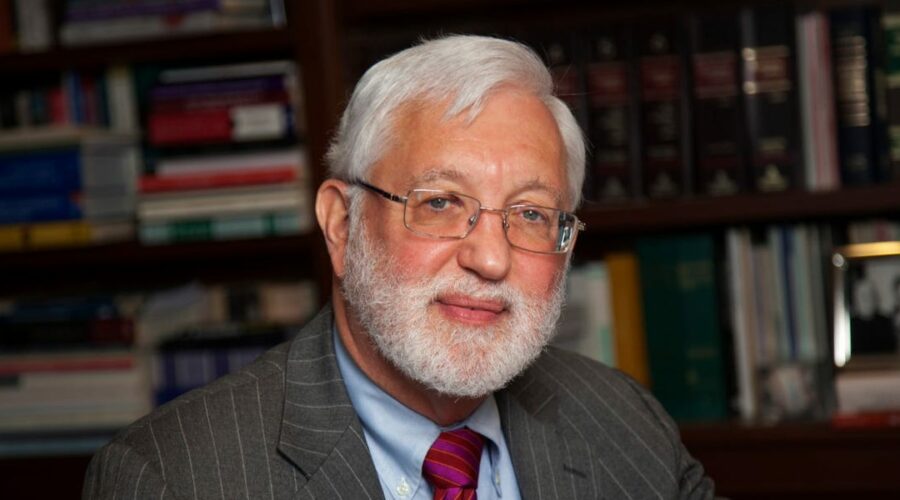 Judges tend to be more restrained than revolutionary. But that hasn’t stopped Judge Jed Rakoff of the Southern District of New York from speaking out about what he sees as serious problems in the justice system.

Rakoff, a former prosecutor and white-collar defense attorney who became a judge in 1996, has for years criticized laws and prosecutorial practices that have given the privileged a pass and led to high imprisonment rates for the poor and minorities. He has spoken up for civil liberties and called for judges to be given more authority.

Some of his rulings have reverberated across the country. In 2002, Rakoff ruled the death penalty unconstitutional, and while his decision was reversed on appeal, the weakness of witness testimony and the frequency of DNA-related exonerations are topics he has written about often. He has also lived through the anguish that families of murder victims feel, with his own brother, Jan Rakoff, having been murdered in the Philippines decades ago.

But Rakoff’s name may be best known in Wall Street legal departments. In 2009, he refused to approve a $33 million settlement between Bank of America and the Securities and Exchange Commission over insufficient disclosures about its purchase of Merrill Lynch. (He approved the deal after it was raised to $150 million.) In 2011, he vetoed a $285 million deal between the SEC and Citigroup related to mortgage investments. That ruling was reversed on appeal.

Earlier this year, Rakoff published a book, “Why the Innocent Plead Guilty and the Guilty Go Free,” that describes issues with the justice system. It also includes sections on bad forensic science, including the historic misuse of neuroscience by courts, and on the often overlooked antisemitic parts of the Magna Carta, which checked the power of the English king.

Some judges hold back their criticism of laws and courts that they disagree with, but Rakoff dishes it out. He called mass incarceration “an evil” of which judges are a part, and said the war on terror led some courts to turn a blind eye to “horrifying” conduct by the executive branch. Some of his chapter titles, such as “Don’t Count on the Courts” and “You Won’t Get Your Day in Court,” seem downright pessimistic.

But Rakoff said all of the justice system’s problems have potential solutions. The judge spoke with Insider in late May about some of the themes from his book. A transcript, edited for clarity and length, is here. A summary of some of his major points follow.

Much of the justice system, from police investigations to plea bargaining, has little judicial oversight. Once a person is charged and enters a perfunctory plea of not guilty, they usually don’t speak up again in court until a plea deal has been struck. Then a quick change-of-plea hearing takes place, followed by sentencing.

“In the state courts of the United States, the average time for a guilty-plea allocution is 13 minutes,” Rakoff said. “Of those 13 minutes, at least five, or more commonly 10, are spent advising the defendant of the rights he’s giving up.”

“After the judge has elicited that, yes, he’s willing to waive all those rights, the judge then has a few minutes, at best, to probe as to why he’s pleading guilty,” Rakoff continued.

In his book, Rakoff said plea bargains were rare for the first century of American history, and that trials were still common after World War II. But plea deals began to take off in the 1970s, when mandatory minimum sentences and strict guidelines gave prosecutors more leverage to demand that defendants plead out early — sparing prosecutorial resources — if they wanted a lighter sentence. Judges’ hands were often tied by such arrangements. Today, only a few states, such as Connecticut and Florida, give judges a role in plea bargaining.

If America had more judges, they could devote more time to cases, and junior or magistrate judges could mediate plea bargains, Rakoff said. That could lead to fairer results than the current system, where prosecutors hold all the cards..

“If you have no judicial involvement in the plea-bargaining process, what you’re saying is judges will have no involvement in 96% of cases in the federal criminal system, and that seems to me to be crazy,” Rakoff said.

Rakoff isn’t the first person to point out that not a single banker faced criminal charges related to the 2009 financial crisis, in sharp contrast to the thousands of bankers who were prosecuted in the wake of the 1980s savings and loan crisis. But he has taken a hard line.

Deferred prosecution agreements and similar arrangements that come with a nine- or 10-digit price tag are attractive to prosecutors who don’t want to be accused of pushing a company into bankruptcy, but they mostly punish a company’s shareholders, Rakoff said, who almost never have anything to do with a company’s wrongdoing.

It’s also not clear that companies learn from their mistakes. From 2002 to 2012, Pfizer and its subsidiaries struck five DPAs with federal prosecutors. Human beings in the C-suite are more amenable to being scared straight, Rakoff said.

“All the studies indicate that you don’t need a lengthy sentence to achieve a major deterrent effect in white-collar crime,” he said. “These are people who their whole self-image is not being behind bars. If they wind up in prison, or they read about someone else spending time in prison, that’s their worst nightmare.”

Rakoff said state prosecutors can also take charge. Some prosecutors in New York have said state laws can make it hard to pursue financial fraudsters and ensure they get stiff sentences, but Rakoff said it comes down to having leaders, such as former Manhattan District Attorney Robert Morgenthau, who prioritize white-collar enforcement.

The legal profession needs reform, and law schools can lead the charge

One reason many judges don’t speak up against plea bargaining and other issues with the court system is that they have hundreds of cases to resolve and couldn’t possibly try them all, or even 10% of them. It’s not just judges who are overworked; lawyers suffer from burnout, and many have substance-abuse issues. At the same time, lawyers are less affordable than ever. In some states, 90% of all family-law and housing-court cases have at least one party who isn’t represented by a lawyer.

Rakoff said that the growing fiscal discipline in corporate legal departments has put pressure on the business of law firms. With routine real estate and contract review usually being performed in-house, outside counsel is often brought in for unusual or high-stakes situations, such as big mergers or litigation. That kind of specialization has helped law firms’ rates rise faster than inflation; at some elite firms, even associates are billed out for over $1,000 an hour.

Rakoff declined to weigh in on calls to abolish or reform bar exams, but said there is a need for “the legal equivalent of a nurse practitioner” to provide reasonably priced advice in run-of-the-mill legal situations. Echoing many economists, Rakoff said lawyers are a “cartel,” and that they can be expected to try to protect their monopoly on legal advice. The state of Washington has experimented with limited-license legal practitioners, and other states, such as Utah, are trying new business models to deliver legal services.

“I do think that the leadership in this area most naturally would come, or initiate, in law schools with law professors,” Rakoff said, adding that forward-thinking bar associations could also take a leading role. “I think they have historically been the source of much reform.”