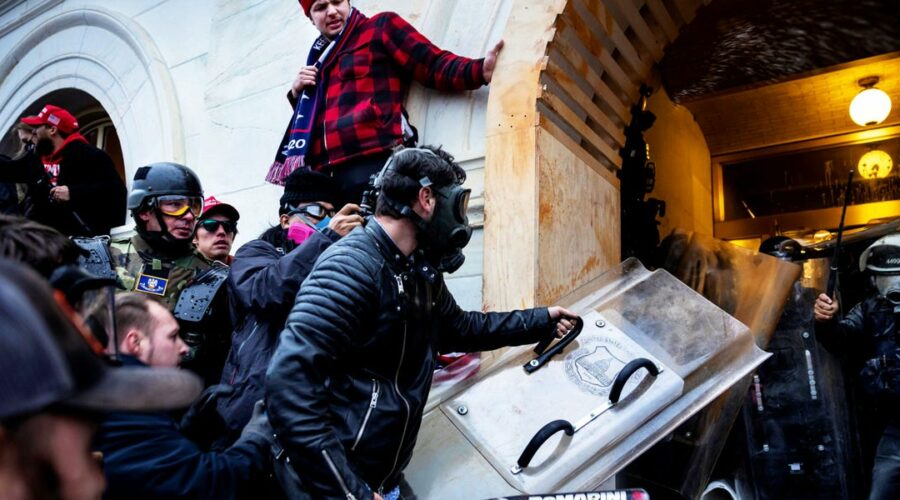 A Florida college student has been charged with striking a Metropolitan Police officer over the head with a skateboard at the Capitol riots, according to a Department of Justice press release.

Grady Douglas Owens, 21, from Winter Park, Florida, was arrested on April 1 after being caught on bodycam video using his skateboard, which bore the phrase “White Fang,” to hit a police officer over the head.

The officer, who has not been named, was left with a concussion and an injury to his finger, according to an affidavit released earlier this month.

Read more: Visa’s PAC gave politicians $139,000 in March after vowing to pause contributions because of the Capitol insurrection

The 21-year-old, who is a student at Full Sail University, has been charged with assaulting a law enforcement officer with a deadly weapon, and violent entry of the Capitol building, among other things. He faces 36 years in prison if convicted.

Federal investigators were able to track him down with the help of social media. His Instagram account, which described him as a “mix and mastering engineer,” according to the New York Post, has since been taken down.

An employee of Full Sail University later positively identified him.

More than 400 people have been charged in the Capitol insurrection, which resulted in the deaths of five people, including a police officer.

Of the cases, at least 32 are from Florida, according to the Orlando Sentinel.

10/04/2021 Business Comments Off on A college student hit a police officer over the head with his skateboard during the Capitol riot, says indictment
Markets