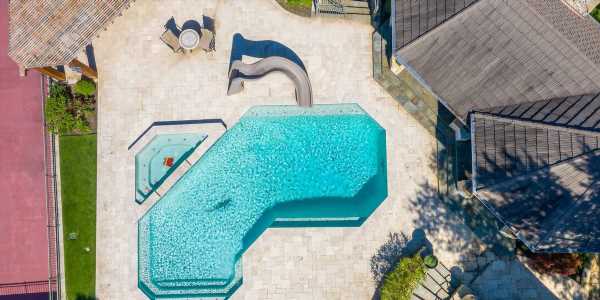 In the last decade, Texas has become a magnet for entrepreneurs and corporations enticed by the state’s business-friendly practices and lack of income tax.

Since the pandemic, this influx has ramped up even more: Elon Musk, Oracle Corporation, and Hewlett Packard are just a handful of the entities who have relocated to Texas in the last year, driving homebuyer demand from out-of-state residents to an all-time high.

The recent storms throughout the state don’t appear to have impacted interest, either. However, they did likely deplete already low inventory: According to Realtor.com’s analysis, the total number of homes for sale in the country in February was down by 48.6% year over year.

“From a real estate perspective, Texas has never been more booming,” George Ratiu, a senior economist with Realtor.com, told Insider. “It’s a trend that’s been brewing for the last five years, but COVID-19 accelerated it to full speed.”

Texas has plenty going for it as a place to live: In addition to the tax benefits, it’s affordable with a good quality of life, according to Ratiu. A strong economy and a diverse and qualified workforce are other advantages, he said.

Realtor.com saw an increase in out-of-state viewers in the last quarter of 2020, compared with the last quarter in 2019, for its listings in Dallas, Houston, and Austin — Texas’s three biggest cities for relocation.

Research from both Realtor.com and Redfin indicates that most of Texas’s new residents are from California, although some Northeasterners are part of the mix. “Currently, Florida is more attractive to New Yorkers than Texas because it offers the same tax benefits and is easy to get to,” Taylor Marr, the lead economist at Redfin, told Insider. “That’s slowly starting to change.”

Here are the most popular spots in Austin, Dallas, and Houston newly minted Texans are settling into.

The Austin area has seen a flood of Californians since the pandemic, according to local brokers. Dara Allen, director of luxury estates in Austin for Compass Real Estate, said her business grew from $30 million in sales in 2019 to $75 million in 2020.

“The demand is insane,” she told Insider.

Marr said that Austin is especially popular with tech entrepreneurs from the Bay Area because it’s a politically liberal city, compared with Dallas and Houston. “They love it because they also have a liberal mindset,” he said.

Austin has two hot residential areas: the prestigious Westlake neighborhood, 10 minutes west of the city and partially on the banks of Lake Austin, and Driftwood, a still-to-open luxury community that’s a 25-minute drive southwest from town.

Westlake is known for its high-quality schools and is also ethnically diverse. The homes have contemporary architecture, Allen said, with the most desirable properties set on the lake or with views of the city.

But beware of sticker shock: A three-bedroom fixer upper that’s not on the water starts at around $1.3 million, while a waterfront home of a similar size and condition costs around $6 million.

Sonny Patidar, 52, a healthcare entrepreneur, and his fiancée, Alli Gross, 34, who works in digital marketing, moved to Westlake from Washington and California, respectively, in mid-February. The couple, who spent several weeks in Austin before committing to the move, bought a 4,000-square-foot, five-bedroom house through Allen that’s not on the lake. They told Insider that their new hometown shares many aspects of what they love about California.

“It’s super diverse, and everyone is really friendly,” Gross said. “Plus, you have all these yoga studios, fantastic restaurants, and a great live music scene.”  She added that its socially liberal, business-friendly climate suited their personal and professional lives.

Driftwood, one of the newest communities from luxury real estate brand Discovery Land Company, which is known for being the premier golf community brand in the country, is also seeing action with home buyers from California and beyond.

Set on 800 acres with views of Texas Hill Country, it has a long list of amenities, including a golf course designed by famous golf architect Tom Fazio, a kids club, a spa and gym, fishing ponds, sports fields, an organic farm, and 70 acres of vineyards where members can grow grapes to make their own wine.

Home prices start at $4.5 million, Casey Paulson, the president of sales and operations, told Insider. The community has sold $150 million in homes to date, the equivalent of a third of its inventory, he said, which should be ready for buyers to move in by next year.

“Driftwood is the talk of Austin,” Allen said. “People love the association with Discovery and it’s in a stunning area that makes you feel like you’re on a permanent vacation. We’re seeing interest from both primary and secondary home buyers.”

With a population of 7.2 million people, the Dallas area, which includes Fort Worth, is sprawling in the same vein as Los Angeles.

“It’s very spread out, so people move to the areas closest to where they work,” Patti Winchester, a real estate agent with Briggs Freeman Sotheby’s in Dallas, told Insider.

These days, Plano, 30 minutes north of downtown, is getting all the buzz. Companies with either corporate or regional headquarters here include Toyota Motor North America, JPMorgan Chase, PepsiCo, and Bank of America.

“Plano is a place to live, work, and play. Locals aspire to live here, and out of towners are moving in,” said Winchester, whose team has closed more than $42 million of home sales in Collin County, where Plano is located, since last June — an increase of more than 20%, compared with January to June. “Its zip code — 75093 — has become synonymous with prestige,” she added.

Plano has excellent public schools and is outdoorsy oriented with its many nature preserves, dog parks, and walking paths.

The city is divided into East and West Plano.

East is full of quaint restaurants and local boutiques in two-story, turn-of-the-century buildings from when Plano was a farming town, and is budget friendly with prices for ranch homes starting at $350,000.

In West Plano, high-end restaurants and stores abound. Gucci, Louis Vuitton, and Tiffany & Co. are planning on opening locations there this spring in the business and cultural district known as Legacy West.

Housing wise, expect grand estates that range from 10,000 to 16,000 square feet and have features such as huge pools, tennis courts, and manicured lawns with putting greens.

A home of this caliber costs around $4 million, according to Winchester, but listings sell fast. “The storms have accelerated the rate of sales, and houses are selling with multiple offers,” she said.

West Plano also has a few luxury high rises such as Windrose Tower, a condominium with gleaming contemporary apartments and resort-like amenities, such as a saltwater pool, outdoor spa, golf simulator, and steam rooms. Prices for units start at $900,000.

Erin, a medical professional, and her husband, Scott, in finance, who asked to be identified only by their first names, citing privacy reasons, moved from Los Angeles to West Plano late last year with their children.

“We wanted to live in Plano because our offices are based here, and we have a short commute,” Erin told Insider. “We got a great space with a beautiful pool and are near parks and tons of shopping. We’ve discovered lots of little treasures. The people are inclusive, and we’ve made friends.”

Houston’s leg up over Dallas and Austin is its value friendly proposition, Marr said. The company’s data indicates that the median home price in the city and the surrounding areas in December was $272,000, compared with $323,000 in Dallas and $370,000 in Austin.

Another factor is the city’s cacophony of employment opportunities — Fortune 500 companies that have offices here include ExxonMobil, Sysco, and Halliburton.

Brokers report that Houston’s housing inventory in the wake of COVID-19 is at an all-time low. “The movement into the city started happening last summer and hasn’t stopped since,” Ryan Bokros, an agent with JP and Associates The Sears Group, told Insider. “Out-of-state people are coming in and scooping up all the great properties.”

For years, Houston’s River Oaks neighborhood was highly sought after, but the new cadre of homeowners are leaving the urban setting and flocking to The Woodlands, an affluent master planned community that’s about 35 minutes north of the city. “People want to be away from crowds and out in nature,” Bokros said.

The Woodlands is a safe neighborhood with highly regarded public schools and is replete with walking trails and parks. Northshore Park, set on seven acres on the edge of Lake Henderson, is one example, and has kayaking and a stage for performances.

The area also has no shortage of vibrant restaurants and high-end shopping, including outposts of Louis Vuitton, Tiffany & Co., and Nordstrom’s.

“The luxury quotient in The Woodlands is robust, and there are no signs of it letting up soon,” Lance Avery Morgan, the editor-in-chief and creative director of the lifestyle magazine Society Texas, told Insider. “This part of Houston is like the new frontier.”

Homes here are constructed with traditional red brick and stone, and prices for a three-bedroom, two-bath, 2,400-square-foot property begin at around $350,000, according to Bokros.

Some parts of The Woodlands have expansive estates, such as Carlton Woods, a gated community with a golf course designed by famous golfer Jack Nicklaus, multiple tennis courts, and restaurants and a spa. “Expect to pay between $3 and $4 million to live here,” Bokros said. “It is the best of the best.”