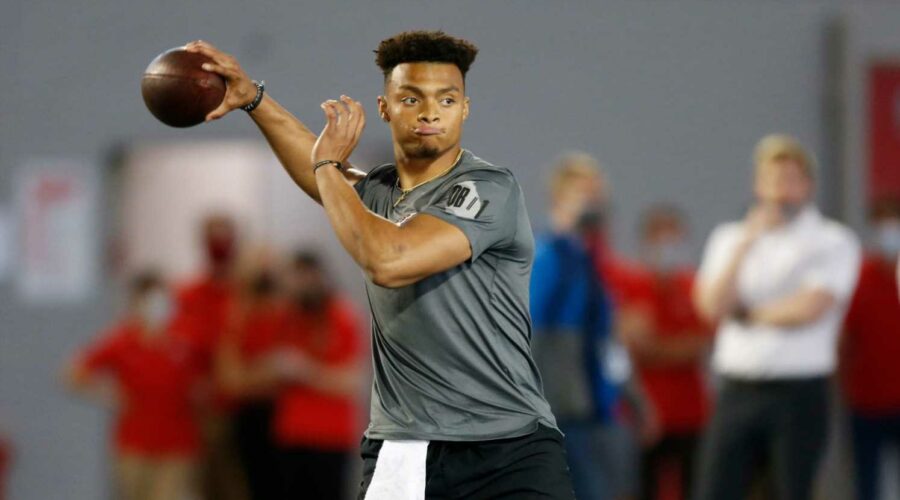 With less than a month until the 2021 NFL draft, the pro day circuit is almost complete.

The workouts provide prospects a final chance to show off for scouts, coaches and general managers. And with the COVID-19 pandemic prompting the NFL to cancel the scouting combine, the spotlight on the sessions only intensified.

But while pro days naturally spark a lot of hype, they're only a small part of the overall evaluation puzzle and often only amount to an exercise in confirming one's scouting report. Think of them as more of a Rorschach test than a litmus test.

With that in mind, here are 32 things we learned from NFL draft prospects' pro days:

1. The spectacle-over-substance nature of these events was once again evident in various quarterbacks' workouts. It's hard to glean much from a glorified game of catch, and the buzziest moments from the sessions were basically backyard throws.

2. It was only fitting that projected No. 1 pick Trevor Lawrence was first up on the circuit on Feb. 12. The Clemson quarterback set a high bar, showcasing his arm strength with a nearly 70-yard heave.

4. Never one to back down from competition, Ohio State's Justin Fields – who also ran a 4.44-second 40-yard dash – responded with his own highlight-reel throw.

5. All of these plays were impressive displays of raw capability. But they also evoked memories of former Baltimore Ravens first-rounder Kyle Boller and notorious bust JaMarcus Russell – the No. 1 overall pick in 2007, ahead of Calvin Johnson, Adrian Peterson, Darrelle Revis and others – chucking passes 60-plus yards from one knee. Enjoy the entertainment factor, but don't overreact: The body of work and overall skill set are what really matter in assessing these passers, as well as North Dakota State's Trey Lance and Alabama's Mac Jones, who look bound for the early first round as well.

MOCK DRAFT: How do 49ers' trade up to No. 3, free agency aftermath affect first round?