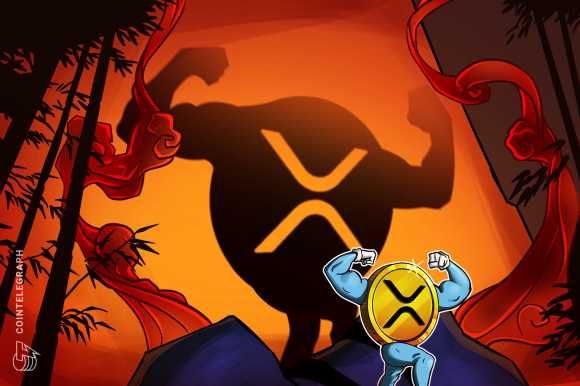 The price of XRP has surpassed $1 on Tuesday for the first time since March 2018, putting its market valuation at around $47 billion.

Moreover, the fourth-largest cryptocurrency in the global market has broken out against the Bitcoin (BTC) pair, causing it to see significant technical momentum. 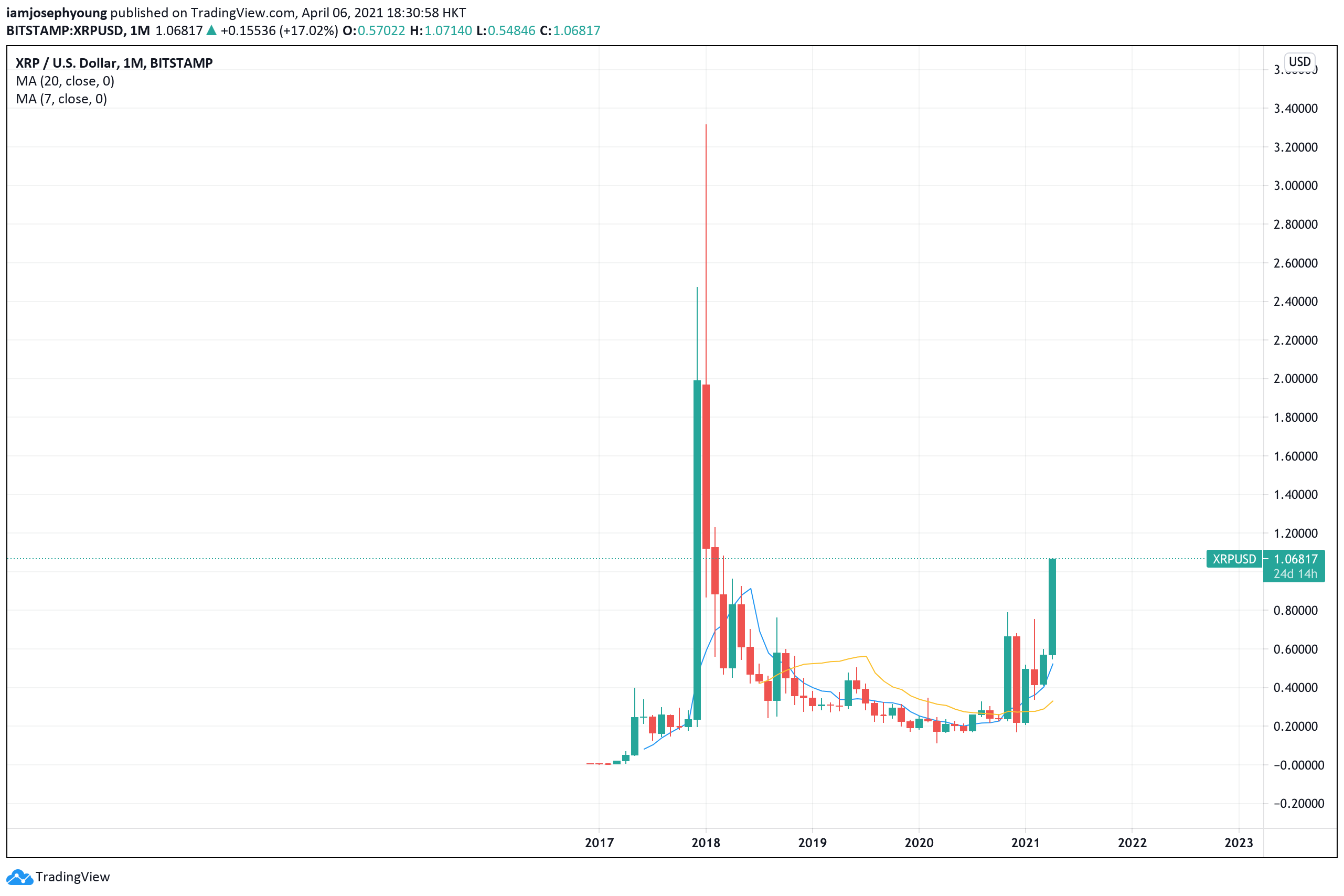 Mostly a technical rally, not too many fundamentals

When XRP was hovering at around $0.75, cryptocurrency traders noted that XRP’s market structure was bullish.

Cantering Clark, a cryptocurrency derivatives trader, said that XRP has all the technical components to rally. Since then, XRP has rallied from $0.75 to over $1.

“Not for nothing, $XRP technically has taken all necessary strides to be bullish. After the exchange delistings and write-off by most of CT, this essentially left the market short from both a positional and sidelined standpoint. This can move much higher.”

Another well-known trader, recognized as Kaleo, noted that XRP’s breakout against Bitcoin is particularly optimistic.

After its breakout above $1, Kaleo explained that XRP is on the verge of breaking out of a three-year downtrend against Bitcoin. He noted:

“$XRP / $BTC is about to break out of a 3+ year downtrend. Zero exposure here seems irresponsible. When this sh*tcoin starts to pump, it makes vertical moves (aka all at once for a burst). Still very early.”

Another catalyst behind XRP atop the technical momentum has been its growing social volume.

According to analysts at Santiment, a data analytics platform, the social volume of XRP has been growing rapidly in tandem with several other cryptocurrencies.

“Most #altcoins have been maintaining their upward trajectory to start the week, with no greater surge among top 100 assets than what we’ve seen from $STX, which is seeing a 5-month high in social volume. Other spikes include $XRP, $XTZ, $FTM, and $BTG.”

If the technical structure of XRP remains intact and the social volume remains consistently high, the momentum of XRP could potentially take the cryptocurrency to the next major resistance area.

Technically, the next resistance level is at around $1.20 with a macro sell-wall at $2, dating back to December 2017.