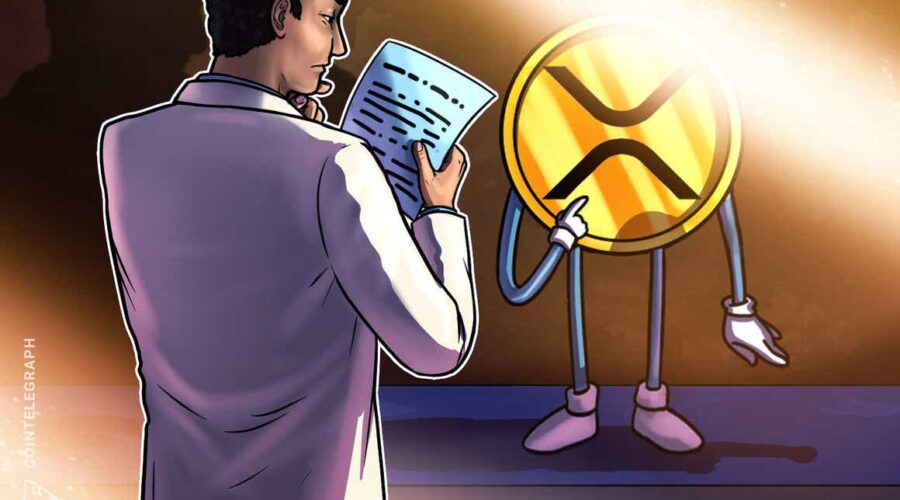 XRP has a good chance of hitting $1.50 in the fourth quarter of 2021 after painting a bullish crossover between its 20-day and 50-day exponential moving averages (EMA).

The so-called Golden Cross has appeared multiple times on XRP charts in history. Its last occurrence was on Aug. 10, which followed up with a circa 80% price rally later, with XRP topping out seasonally at $1.43 before pulling back to the downside.

Similarly, a close of XRP’s 20-day EMA above 50-day EMA on Feb. 4, coincided with an approximately 400% price rally afterward. In doing so, XRP reached a year-to-date high of $1.98, further attesting that the latest Golden Cross could prompt a similar bullish response from traders.

More cues for an upside move come from the Rising Wedge pattern. The upper and lower trendlines of the ascending channel pattern has lately served as resistance and support to XRP’s price moves. The cryptocurrency’s ongoing upside move also followed a strong bounce from the Wedge’s lower trendline, as shown in the chart above.

Thus, XRP’s potential to stretch its rebound towards the Wedge’s upper trendline seems high. That roughly paints a bullish target of $1.50 for XRP.

The latest bout of buying in XRP markets also came in the wake of a recent SEC vs. Ripple lawsuit update.

For the uninitiated, the U.S. Securities and Exchange Commission (SEC) filed an action against Ripple Labs and two of its executives in December 2020, alleging that they raised over $1.3 billion through an unregistered securities offering via XRP tokens.

In response, Ripple Labs has been trying to prove that XRP is a utility token—not security—based on the former SEC director William Hinman’s speech wherein he noted that Ether, a blockchain token like XRP, is not a security asset.

The current SEC regime argues that Hinman’s opinions were personal. But based on recent findings, the U.S. securities regulator may have been lying.

Ripple’s legal team recently submitted logs in the court that showed SEC directing its employees to analyze digital currencies as per the framework provided by Hinman. It could prove that Hinman’s speech was not a mere personal opinion but an official directive.

Judge Netburn ruled in favor of Ripple Labs and added the proofs to their “in camera” review.

The ruling came out on Oct. 8, which was followed by a 17% rally in XRP price.

XRP’s Rising Wedge is a bearish reversal pattern. As a result, the cryptocurrency’s gains in the future would face correction risks if the price breaks below the lower trendline.

The potential negative breakout risks sending the XRP price as low as the maximum distance between the Wedge’s lower and upper trendline. That would put the cryptocurrency’s downside target under $0.65.