‎Lone Fønss Schrøder is leaving her post as Chairman of the Board of Saxo Bank A/S, a role she held for almost 5 years, in order to focus on other ‎assignments.

Ms. Schrøder’s decision to resign was not the result of any disagreement with Saxo.‎

Lone Fønss Schrøder held the aforementioned role since 2015. She was originally ‎appointed as vice chairman of the Danish bank back in ‎‎2013.‎

Lone is also co-founder of and partner at Swedish company Norfalck, and holds ‎board seats in several international companies across Europe, Canada, and at the Chinese-owned Volvo Car Corporation.‎ Schrøder has much international board experience and began her career in the Maersk Group in 1982. 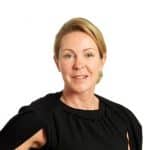 Vice chairman Henrik Normann will take on the vacated role as of today. Normann, the president and CEO of Nordic Investment Bank, was elected Vice Chairman of Saxo in December 2015.

Commenting on her departure, Lone Fønss Schrøder said: “I now consider my ‎mission in Saxo Bank to be completed and I feel a need to focus on other ‎assignments. I hand over a bank with a healthy capitalization, a new strategy ‎under implementation and new, strong owners who will hopefully soon be taking ‎over. I am extremely happy about the mutual cooperation we have had”.‎

Kim Fournais, founder and CEO of Saxo Bank, added: “I would like to thank Lone for her hard work and dedication as chairman, and I wish her the best of luck in the future.”