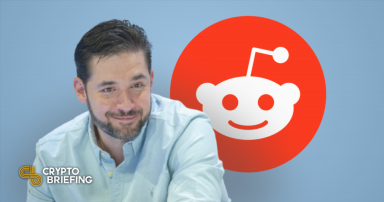 Ohanian revealed that his primary interest is in the Ethereum blockchain. “I think there’s a lot of interesting stuff that is bubbling up,” he stated, adding that Ethereum has “got the most to prove.”

He explained that he favors Ethereum because of its many applications, including crypto-collectibles or non-fungible tokens. “NFTs are just the start of what’s getting built on top of the Ethereum blockchain,” Ohanian noted. His statement implicitly acknowledges other Ethereum dApps such as DeFi investment platforms, decentralized exchanges, and trading games.

Ohanian concluded by stating that most of his crypto holdings are in Ethereum. “That’s where a lot of my holdings are, candidly,” Ohanian said. He did not reveal how much ETH he holds.

Ohanian also commented on community-driven meme stocks such as GameStop (GME). He called the name for the trend “charming,” but noted that momentum investing “is nothing new.”

This is not the first time that Ohanian has addressed cryptocurrency. Last year, he registered a name on the Ethereum Name Service. The balance of that address suggests that he holds at least $2,900 worth of ETH, though it is likely that he holds more in other accounts.

Though Ohanian has resigned from Reddit’s board, the site has gone on to make use of Ethereum without him. In 2020, Reddit launched Ethereum-based tokens on certain subreddits. This year, it expressed its intent to use Ethereum to power its points program.