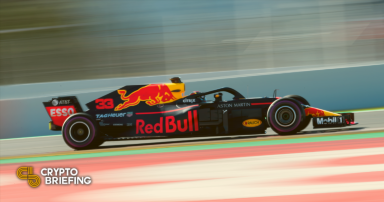 The Formula One team has selected Tezos for its first NFT release.

Red Bull’s Formula One racing team is partnering with Tezos, it was announced Thursday.

Red Bull Racing Honda is joining with the smart contract platform to release a series of NFTs for fans. The Tezos blockchain specifically has been selected for its energy efficiency, according to a press release. Christian Horner, Red Bull Racing Honda Team Principal and CEO, said of the update:

“Tezos’ ability to remain at the cutting edge of blockchain technology makes it a natural fit for Red Bull Racing Honda. Crucially, its energy-efficient design also matches our own long-term future environmental ambitions, and as Formula One moves towards carbon neutrality, the low-impact methodology pioneered by Tezos will be a valuable asset.”

He added that using Tezos for its first NFT drop would allow the team to engage with Formula One fans. NFTs, also known as non-fungible tokens, have had a breakout year in 2021, attracting the attention of sports teams, musicians, digital artists, and celebrities alike. To date, they’ve mostly appeared on Ethereum, though that’s starting to change as development grows on other chains. Hubertus Thonhauser, Chair at Tezos Foundation, commented on the partnership, highlighting Tezos’ efficiency:

“The Tezos blockchain is designed to evolve and adapt, doing so with security and performance in mind and in the most efficient ways possible. These principles are perfectly mirrored in the Red Bull Racing Honda team, and this is why we believe this to be a winning partnership.”

Tezos has had a strong year along with the rest of the crypto market, though its XTZ token has suffered in this week’s drawdown. Down 38.5% in the last two weeks, it’s trading at $4.08 today, which puts Tezos’ market cap at roughly $3.4 billion.

Disclosure: At the time of writing, the author of this feature owned ETH, ETH2X-FLI, and several other cryptocurrencies.