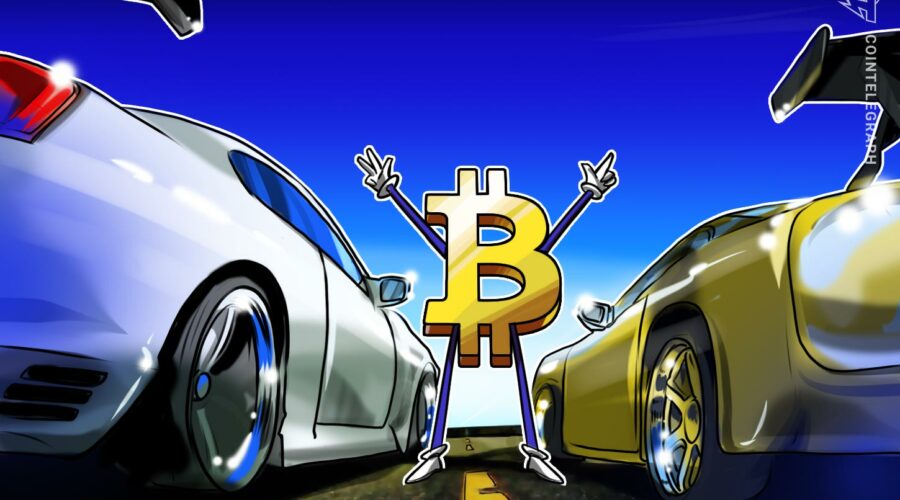 Bitcoin (BTC) hodlers can now all own a Tesla electric car — as long as they have at least 1 BTC in their wallet.

As per pricing on Tesla’s official website, the company’s entry-level offering, the Model 3, retails at $33,960 in the United States if no environmental fuel rewards are applied.

Musk, who has long taunted Bitcoiners with tweets and comments which leave it unclear whether he supports it, continues to face pressure to accept the cryptocurrency for Tesla purchases.

“A #bitcoin now buys you a Tesla. So, when will you accept it, @elonmusk ?” popular Twitter account Documenting Bitcoin wrote at the weekend.

“Would be a shame to buy model 3 now, when you can buy a roadster for 1BTC later this year,” added Juri Bulovic, director of Bitcoin mining at Fidelity.

Musk gives the DOGE a bone

As Cointelegraph reported, Tesla stock has become a thorn in the side of the most committed Bitcoin proponents as the only stock to outpace its gains in 2020. From just under $90 on Jan. 1 last year, by the end of last week, $TSLA traded at $729, marking annual returns in excess of 700%.

At press time on Wednesday, Tesla was higher still, closing out the previous day’s trading at $735 while so far failing to match Bitcoin’s 2021 performance.

Musk himself meanwhile shows little sign of engaging with the idea, instead focusing his Twitter energies on Dogecoin (DOGE). After some characteristic tongue-in-cheek publicity for the meme-based altcoin, DOGE/USD shot up by over 125% in a week.

A Shiba Inu theme even graced Musk’s 2020 Christmas greeting to Twitter followers, while an additional helping hand from adult actress Angela White only added to the uptick in Dogecoin’s fortunes.