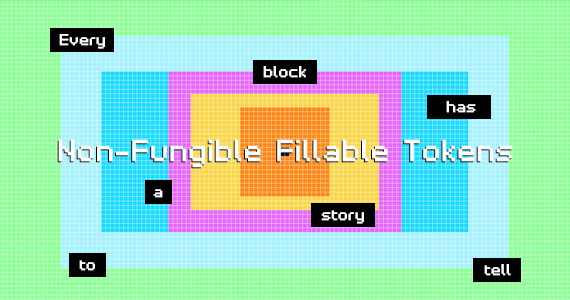 NFFT.com gets nearly sold out in the first 24 hours after launch, as the community claims over 70Might% of the platform’s real estate. The success behind such high demand is explained by the buzz that currently surrounds the NFT and blockchain medium and is set to grow further, as NFFT brings new advancements and ideology to the industry. Unlike NFT, NFFT is a non-fungible fillable token, which means that it can store a much wider range of content compared to conventional NFT tokens. Such content includes but is not limited to images, gifs, links in form of URLs, and other types of either graphic or text data.

High demand for NFFT tokens is explained by the versatility that the NFFT.com platform offers and the added benefits of the token itself. First, it is a block verse or in layman’s terms, an art wall made out of 9112 blocks. This makes browsing and content discovery a much easier task compared to conventional NFT marketplaces that are currently in their own right subjected to mammoth popularity and serve as home to high volumes of transactions.

Secondly, NFFT.com does not limit its users in the number of blocks one can purchase. At the same time, this new NFT industry’ wunderkind of a platform, randomizes block location at the stage of its acquisition, prompting the community to trade and exchange real estate in a bid to take on a larger footprint. This way, the NFFT.com blocks practically turn into highly sought-after collectible real estate, generating activity not only within the platform’s extensive Discord community but also attracting digital art collectors, galleries, and those looking to benefit from the wide functionality that the token offers. According to the team behind the platform, the NFFT smart contracts will be used to store and showcase artwork, act as gateways to public figure’ profiles, and can simply turn into banners for the most prominent projects on the market.

Finally, the quick rise of NFFT.com acts as a reminder of how hot the NFT industry has become. Started as a derivative of blockchain application on the Ethereum network, the medium quickly secured its place as a gateway to digital and physical art, bound by neither creativity nor scale. And whilst some artwork values skyrocket to $70 million and above, attention to the space only gets more proactive.

The future is bright

NFFT.com marks the next step in the NFT industry development and given the high demand for its NFFT tokens, quickly turns from a proprietary block verse into a separate ecosystem built on top of the Ethereum blockchain. The team of ideologists behind the project highlights that NFFT.com is expected to enter the DeFi stage soon after all blocks get claimed and judging by the pace set by the first 24 hours, it won’t be long until the NFT world gets another shakedown.

07/04/2021 Business And Finance Comments Off on NFFT.com and the new era of NFT tokens | Bitcoinist.com
Markets