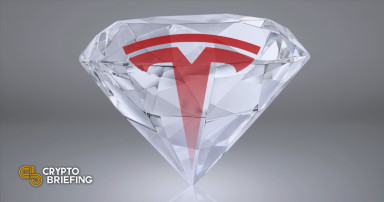 Tesla Will Hold In Spite of Crash

Musk’s statement implies that Tesla intends to keep holding its $2.5 billion worth of Bitcoin despite the asset’s falling price.

Today’s drop was apparently motivated by China’s decision to restrict crypto payments. In just hours, Bitcoin fell to $30,400, a low point not seen since late January. Though prices have partially recovered to $38,000, the coin is still well below last week’s high of $50,000.

Musk’s tweet is relevant in light of the fact that earlier crashes have been blamed on his actions and comments.

On May 12, Musk announced that Tesla would suspend Bitcoin payments due to the coin’s high energy consumption. That news caused Bitcoin to crash from $57,000; prices continue to decline.

Other Whale Investors Will Hold

Musk is not the only one to announce that he and his company are holding crypto assets in the midst of the market crash.

TRON CEO Justin Sun announced today that he has bought $289 million worth of BTC and ETH. Meanwhile, Microstrategy CEO Michael Saylor has tweeted that his business entities hold 110,000 BTC ($4.2 billion) and have not sold any of those holdings.

Those large investors could help cryptocurrency prices stay fairly high and combat any future price losses on the horizon.