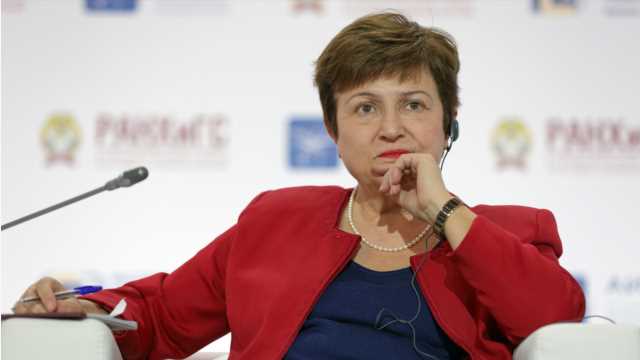 Digital currencies backed by central banks are the most reliable form of digital money, according to IMF managing director Kristalina Georgieva. At the same time, to think of cryptocurrencies such as bitcoin as money is difficult, believes the chief executive of the international financial institution.

Among the members of the International Monetary Fund (IMF), 110 countries are exploring central bank digital currencies (CBDCs), the fund’s chair and managing director Kristalina Georgieva revealed at an event hosted by Bocconi University in Italy. Speaking remotely to the audience, she noted that the key challenge for monetary authorities now is to guarantee the interoperability of these currencies. According to Georgieva, a major consideration is whether state-backed digital currencies can serve as a means of exchange trusted by the public, Reuters reported on Tuesday. Other questions policymakers need to answer are if CBDCs can contribute to domestic economic stability and how they would fit within international regulatory frameworks introduced by organizations like the Bank for International Settlements (BIS).

The BIS Innovation Hub is leading several projects to test the use of state-issued digital currencies in international transactions such as a collaboration between the Reserve Bank of Australia, Bank Negara Malaysia, the Monetary Authority of Singapore, and the South African Reserve Bank. These also include joint trials conducted by China, Hong Kong, Thailand, and UAE as well as a wholesale CBDC test carried out by Banque de France and the Swiss National Bank.

[It is] very impressive how much the international community, the central banks, institutions like ours are now actively engaged to make sure that in this fast moving world of digitalization, money is a source of confidence and helps the economy function rather than [being] a risk.

The head of the IMF emphasized that she views digital currencies issued by central banks as the most reliable form of digital money while remarking she finds it hard to think of cryptocurrencies as money. “De-facto assets” like bitcoin are not backed by assets that hold their value stable and can rise and fall sharply, Georgieva elaborated, insisting:

In the history of money, it is difficult to think of them as money.

In her address at the Italian academic event, the IMF chief also spoke about Europe’s efforts to deal with challenges caused by the spread of Covid-19. Kristalina Georgieva noted that the Old Continent is now more prepared to avoid another debt crisis such as the one with Greece after the last global financial crisis. However, she stressed that governments need to plan their course carefully as they shift to medium-term fiscal consolidation so they can erase the debt burden related to the pandemic.

Do you think the International Monetary Fund will change its position on cryptocurrencies in the future? Let us know in the comments section below.